Imagine this, you’re a superhero. But you stumbled on your gift by chance. You glide through your City day and night, unseen, unheard, and you work alone. It can get lonely. The responsibility can be heavy on the soul. There’s no explanation as to why you, out of millions of people in the World have been given such an amazing gift. You use it to rid the streets of crime and injustice, and make the City a better place for everyone. You work in the underground realms and dark shadows that lie within the City.You avoid being seen as best you can. But hiding your gift from those you care about isn’t an easy task.You’ve witnessed more than most kids your age. You live on the streets fighting for survival on a daily basis. Your name is Orphi but no one knows the real you. Through the good times and the bad, somehow having this gift feels right.

Aimed at 13-16 year olds, the Orphiseries of books was created by Nottingham’s uber talented SCOTT TAYLOR. Scott has a passion for Super Heroes and more importantly the history of Nottingham, so he combined the two and the wonderful Orphi series was born. It must be noted that Scott has you in the gripping depths of an otherworldly adventure from start to finish in both of his books. Every kid in us will want to be Orphi. I caught up with Scott recently and he gave us a deeper look into the complex character of Orphi and the world he has created for himself. 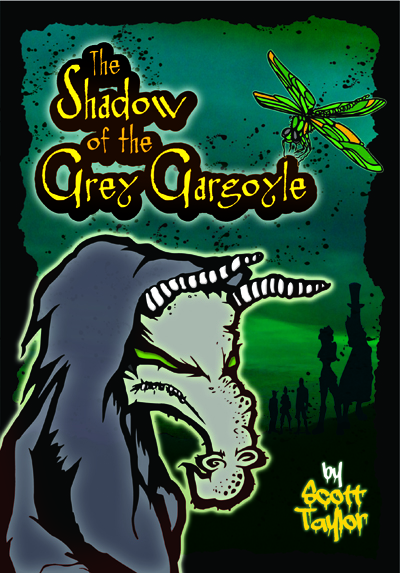 Orphi is a streetwise kid with no fixed abode, who finds himself with more responsibilities than anyone his age should have to endure. Where did the idea of Orphi originate?

Although his background on the streets is different to what most readers will have experienced, I think we all feel moments where the odds are stacked up against us, so in that way Orphi’s escapades – though exaggerated from what most of us would experience in our day to day lives – are things that people can relate to. On a personal note, I lost my best friend when I was at junior school and my mum when I was 22, so I guess my perception of what tribulations people should reasonably expect to endure at certain ages is skewed from the ‘white picket fence’ version of normality. Life’s a tidal wave sometimes, and it doesn’t care about the age of the people it knocks around. In that way, Orphi’s inspired by all of us. We all face difficulties and we all make mistakes. But we all have moments where we can be heroes.

What message did you want to convey (if any) by telling Orphi’s story?

I’m not organised enough to convey a grand message! My overall aim I guess is to tell the tale of a superpowered character without a lot of the clichés we’d usually associate with that genre. It’s not a story about a superhero; it’s about a boy who sometimes works as a superhero. I wanted to create a tale where we think of Orphi’s heroic persona as secondary to him as a real person.

I noticed numerous subtle references to our fantastic City of Nottingham. Has the City played a huge part in the creation and development of the story?

Well spotted! The history of my hometown, Nottingham, has intrigued me for ages now. Not the history of kings and queens, but of shops, streets and people. I suppose I mean social history, really. Cities change but there are always clues to the past lying around if you look for them. Orphi I guess is a reflection of me in that sense, because he lives and hides in forgotten, lost or inaccessible parts of the city. I plan to put a little film on YouTube at some point, showing where the places mentioned are, or where I imagine them as being.

Orphi becomes (in my eyes as a reader) an unexpected superhero who still has to deal with the trials, tribulations and responsibilities of everyday life such as friendships, the fight for survival, and most importantly homelessness. Did you want to highlight to teenagers reading your book that others their age are often less fortunate and grow up with struggles, how such struggles are dealt with, and how they can be overcome?

I wanted to write something where homeless people are proper, main characters. In modern films and cartoons, the homeless are often comedy characters, sometimes almost props. They’re shown as being unwashed and usually rummaging in a bin or sleeping under cardboard. There’s not much to them other than the fact they’re homeless. I think in real life we look down on them and treat them like they’re less than human, which is completely out of order. I volunteered at a charity kitchen one Christmas where me and some others served dinner to homeless folk. Some of the diners were funny, some sad, some cheeky, some angry, some talkative, some quiet. There was far more to them than the simple fact they were homeless. They were real people, as varied as an office full of admin workers or a bus full of shoppers. I guess with Orphi and his friends I have a chance to put that individuality across.

Orphi is more of a moralistic underdog superhero, was this intentional?

Well, he’s developed an incredible sense of loyalty during his upbringing on the street, and I think that informs a lot of his choices. He also has a belief in community, and thinks his gift puts him in a role where is responsible for the well-being of people who are less fortunate. He feels duty bound to help the community.

There are currently 2 books in the series “OrphiAnd The Shadow Paths” and “The Shadow Of The Grey Gargoyle”. Is this a series you plan on keeping going as we see Orphi evolve not only as a character, but as a hero?

There’ll certainly be a third volume that will bring Orphi’s tale to a conclusion. Beyond that I don’t have any plans for him. It’s nice to progress on to different projects, and I’ve a long list of other stories I’d like to take on!

Without giving too much away – There are lots of twists and turns in the stories that certainly keep the reader engaged, as a writer did this come as a natural process as Orphi developed?

It was incredibly organic. I had a few definite set pieces I wanted to include, but a majority of the occurrences suggested themselves as I wrote or daydreamed about writing. There are a lot of books & things online that advocate planning your novel to a ridiculous degree, and I completely reject that. Too much planning leads to flat, formulaic and sterile stories. Reading a book should be like glimpsing a tiger stalking through an exotic jungle, but reading something perfectly planned and structured is more akin to seeing a depressed tiger languishing in a British zoo on a rainy afternoon. It’s still a functioning tiger, but joyless.

I think all those that have already read the book would most certainly like to have Orphi’s gift. If you were a superhero what gift would you like to have?

I’d like to be able to make people drunk just by touching them. I’d be called Barman. 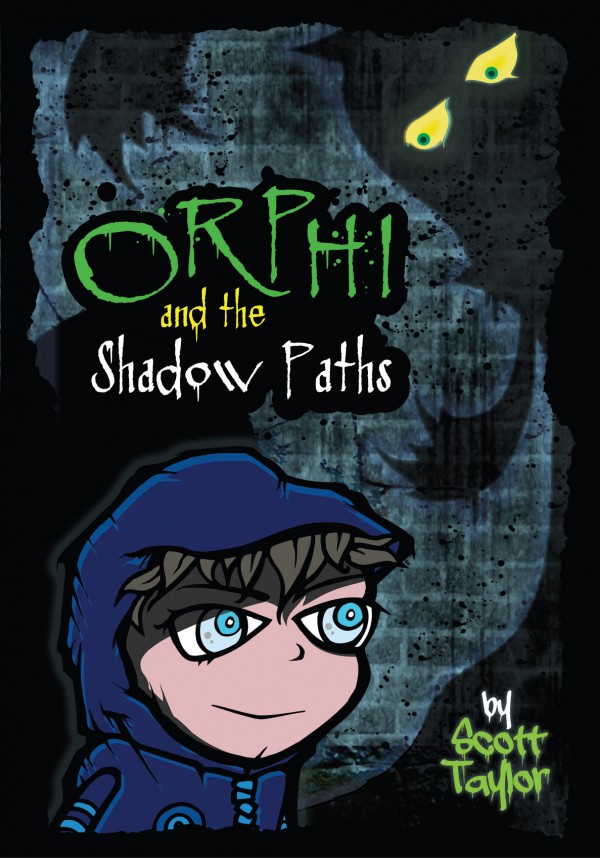 The covers to Orphi and the Shadowpaths and The Shadow of the Grey Gargoyle are by Kid30, a guy whose work I’ve admired for years. I’m chuffed to have him on board and recommend anyone with an interest in urban and graffiti design check out his website, smallkid.co.uk.

Orphi and the Shadowpaths and The Shadow of the Grey Gargoyle are available from Amazon.

You can stay abreast of Scott’s creative projects at www.microwavingants.com