This weekend’s Sound Recovery Festival at Sobar – preview here – will feature some of the best musical talent from Nottingham, however as well as the music there will also be an appearance from NO OFFICIAL NAME  – or N.O.N as they’re known, an art research group from Nottingham. Unfamiliar with this group we decided to find out more and so spoke to the groups founder KEITH MARY. 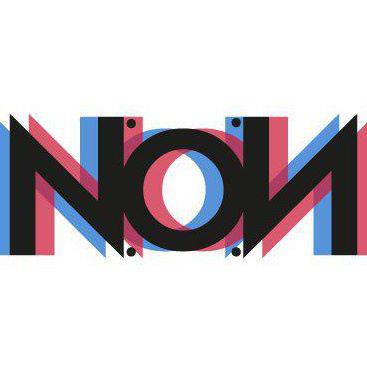 We were intrigued by the concept of an Art Research project and what it was they did?

“We’ve recently taken a different direction, and I mean recently as in the last week.” Keith tells us, “we were founded in 2011 and we’ve been working on creative projects as a group. We’ve been in a variety of different venues putting on creative things, launching publications and lots of mind mapping with people in pubs, and performance and things”.

The new direction will see the group take a different approach.

“We’ve become creative researchers, where we’re going into a more consultancy kind of thing. Researching art theories. Sounds a bit more bookish but it will still have the creative side to it. We will still be mind mapping and we’ll be inviting people to contribute as well.”

The group it seems will be looking at art in general and how different elements and situations impact art.

“So maybe looking at something like, say, feminism and how that changes visual language, it will be more general day to day things.”

The group are keen supporters of the Nottingham scene and as such work closely with Nottingham artists.

“We usually work with artists who are out of the art network. I call them ‘Bedroom artists’, though I don’t think they’d like to be called that. They’re the the people who do it in their spare time basically, and are really passionate about being creative but don’t necessarily have it as a career. Everytime we do a project they become a supported artist and we keep up to date with what they are doing and make sure we market their development. We work with them in the future and ask them to contribute to our research and get their thoughts and their side of things.”

Though it’s not just the artists who are important to N.O.N:

“We also like to ask for contributions from the audience as well, which is what we’re going to be doing at the Sound Recovery Festival.”

Talking of the Sound Recovery Festival, No Official Name will be present there this Saturday and they’ll have a video booth, with festival goers having the chance to be a part of an ongoing project for the group.

“Basically we are part of an international symposium called InDialog in October, which is about dialogue, and because we work in local communities we are interested in the dialogue between non-engagers in art and the heavily involved engagers. We are setting up a video booth where people can have their photo’s taken but they also pose a question to the symposium. In October it will be projected back into the Sobar space and the symposium audience will be answering those questions. It’s like a dialogue in the same place but not at the same time.”

No Official Name already exhibit at Sobar, and those attending the festival will have to check out some interesting work by current N.O.N Supported Artist Richard Reynolds:

“He’s a graphic artists and he’s produced some work for children based on the Shawshank Redemption which is brilliant.”

Yep, you read that right, he has produced some work aimed at children based on the much loved, but not exactly child friendly, Shawshank Redemption. That, to say the least, is intriguing!

If that isn’t enough of a reason to get down there we don’t know what is?

With a new direction underway the No Official Name team have plenty of work to do, and they’ve joined up with a local creative project to help them along the way.

“We are part of the Creative Futures programme which is something that’s at the New Art Exchange who offer support to local independent creative businesses, we’ve just signed up to that to help us with our new direction.”

The groups new manifesto is currently being discussed and agreed upon before being made public but then it’s onwards and upwards with Keith telling us they are keen to be a part of the mega charity fest Hockley Hustle this October.

Knowing that there is a good chance some of Nottingham’s local artist community will be reading this interview we wondered about whether the group were looking for others to get involved in their research project.

“Definitely yeah, we’d love to hear from other people and find out what interests them. We try and be open to absolutely everyone, whatever background, whatever arts practice they. We’re just keen to work with really nice people. Anyone who is interested in getting involved we’re more than happy to hear from them.”

So there you have it, if you’re a local artist and interested in being a part of an exciting artist research group and helping them develop their ideas then make sure to get in touch.

Meanwhile make sure to check out the No Official Name video booth at the Sound Recovery Festival this Saturday – and don’t forget by being there you’re also supporting a great Nottingham charity in the form of Double Impact – a group that help and support those recovering from substance misuse. Plus there is loads of great music on.

For more on No Official Name check out their Facebook page

Sound Recovery Festival takes place on Saturday 16 and Sunday 17 August at Sobar, the East Midlands only non-alcoholic bar, restaurant and live venue, for more information check out our preview here.

Art: Old and New Come Together as The Harley Gallery Announces its 2016 Exhibition Programme Welbeck, Nottinghamshire

Art: Easter Treats and Spring Surprises for Hands on Holidays across the Welbeck estate April 1-20 2017