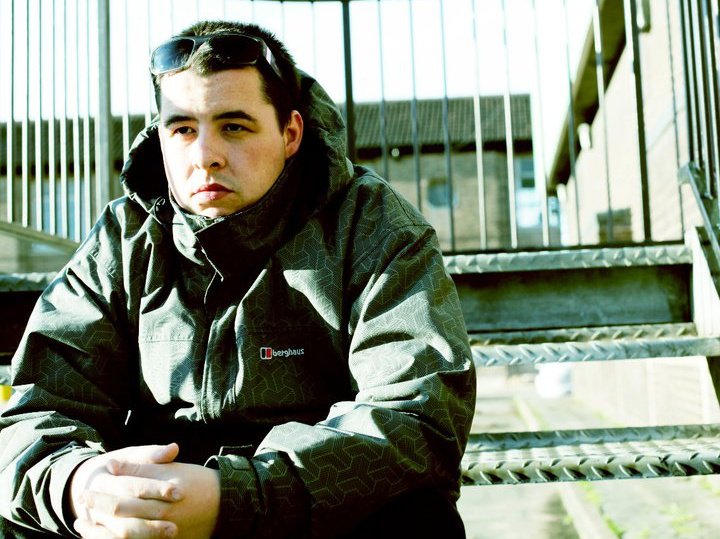 Ahead of their Outstanding Festival INFL caught up with Scorzayzee:

1 – Does Scorzilla The Gorilla have a nemesis and why?
Nah I wacked em all.

2 – What’s the biggest thing you’ve ever grown?
A cucumber that looked like a courgette.

John Macdonald he’s a G. Follow nature. it never lies. Eat Gangsta Wraps, they are delicious and contain no evil.

4 – Do you find it hard to be good? Have you had any epiphanies lately?

Every bit of unused grass next to motorways or roads could be growing food. People could just go out and pick stuff. Also I saw two black birds bullying 30 smaller birds. They all took flight, if only they would realise that the 30 of them could have had the two black birds, but due to their nature of not wanting to die they didn’t.

5 – What do you hope for your children?

Good health, happiness from being a benefit to others by passing on wisdom, knowledge and sharing resources. Probably all the things I’m shit at.

6 – Why can’t I just eat my Frosties, buy chicken from Asda, drink coke and shop at Primark, I’m not hurting anyone and I can’t afford to live any other way?

My grandad smoked 40 roll ups a day, had multiple sclerosis and didn’t hurt anyone. He also didn’t eat frosties, buy chicken from Asda and drink coke and shop at primark.

7 – Surely not all politicians are bad. Most must have got into it for good reasons.

Anyone can be a politician. You just politic about issues then struggle against the massive power that is there due to the fact that people have to like you in order to be voted in. Add that with the media and trillions of pounds you’re up against plus the Intelligence agencies, private security firms, defence, oil and mineral companies – your only weapon is the truth from the heart. (They then whack you for that).

8 – This little piggie went to market. What happened next?

He bought a Gangsta Wrap.

10 – Has a piece of music ever significantly changed you?

No but it did give me ideas.

11- Is there a pressure on people involved in hip hop to smoke cannabis and if so where from?

Nah I just think people smoke bud because they enjoy it.

12 – I’m Not From London have been involved with organising all The Invisible Orchestra gigs so far including the last one, what was the experience of singing with an orchestra behind you compared with your normal gigs?

It made me feel part of the orchestra like an instrument. I think two opposites attract. Two total different contrasts creates a monster. Two worlds collide.

13 – Were you shocked at the success of your KickstartScorz campaign?

I was shocked at the fact that that many people actually cared enough to buy an album before it’s made.. It has made me want to make another one. I really don’t consider it my kickstartscorz or album. I guess it really is Peace to the puzzle because with one person missing it wouldn’t be so. The big respect I have is the few people that backed me without selecting a reward. A good few chucked in a fiver and said “I’ll buy it when it’s out” that kind of thing leaves One smacked in the gob. Collectively people are an unstoppable force like I said previously about the birds and my epiphany.

14 – The Alleycafe seems to have the right balance of vegetarians, organic lager and cool without shoving hipsterism down your throat , have you ever bought a sandwich there and where do you stand on smoothies? Do you blend?

Yes I love the halloumi sandwich with chilli Jam. I do blend but it’s mostly Ice cream mixed with peanut butter. A nutri bullet is my is on my list to buy. I want to do the Juice fast because I’ve only just saw “Fat sick and nearly dead” and I want to try it.

15 – Apart from the beats, Is there a difference between poetry and rap?

Yes I guess so, it’s probably in the delivery and the timing of it.

17 – What’s the best piece of advice you’ve ever been given?

The autobiography of Mike Tyson

I ain’t smelling your finger but from your body language I can say it has been everywhere with you since you was born.

Yes and more summer tea parties out on the street.

22 – Does the term terrorist or freedom fighter purely depend on which side you’re on?

Freddy kruger was a terrorist. Malcom X was a freedom fighter.

23 – How do you personally find out information on the world today?

The internet. Unless it’s a rare event outside down the road and then I ask my neighbour.

24 – If you had to play paper scissor stone with three other things what would you choose?

25- Would you kill an innocent person if it meant that 200 innocent people would be set free from certain death?

Only a Psychopath would ask such hypothetical questions. You have issues lol. X

Credits for Interview go to: Im Not From London

Tickets still available for the Oustanding festival from:

and online through Gigantic Tickets here: