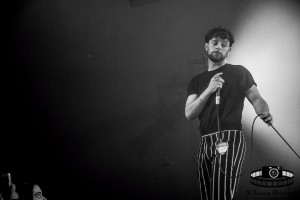 Good Afternoon Tom how are you?
Yes, I’m good man how are you?
Your debut album Lighting Matches (which is my favourite song live) was due to release 9th March but now 18th May, can you give me a little insight into the album?
The album is pure and honest and true to me, I have kept it real and there is such emotion gone into the album.
How was your last tour you played Nottingham Rescue Rooms last time?
It was amazing such great energy from the crowd and intimate surrounding I loved it, man, yeah it was great.
How do you feel playing Nottingham Rock City this time?
Its like wow, I’m playing to a 2000+ crowd in there, I have played Rock City before as part of Dot To Dot and I loved it, I love Nottingham it’s an amazing place.
What can the fans of Nottingham expect on this tour?
Fans can expect a lot of energy in my performance and keeping it real and true to myself as well.
What was it like to sell out most of your last tour?
It was so overwhelming yeah I couldn’t believe it, I can’t really explain it but it was a great feeling.
Have you sold out any of the 9 shows on this UK tour?
All shows on this tour have sold out which is amazing and I’m buzzing from that. 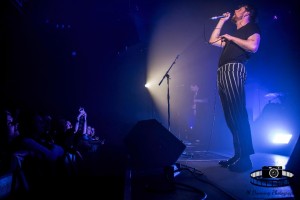 I last interviewed you for NottinghamLIVE before your last tour how has life been since?

Life has just been like yes so much support, writing my album after the tour, releasing tracks from my album so yeah it’s just amazing.

You have released Found What I’ve Been Looking For, Royal Highness & Sober now what response have you had from these tracks?
I’ve had such positive feedback from these songs, not one bad comment so yeah it’s great.
How was attending the NME show?
I was amazing met so many great artists, feeling the effects now though got a right hangover this morning man it was unreal.

Tom Grennan has released Sober, the latest single from his forthcoming debut album Lighting Matches (May 18th, Insanity / Sony). The song was premiered on Annie Mac’s Radio 1 show as Hottest Record In The World

Interview and photos by Martin Dunning for NottinghamLIVE