Frank Turner has announced he will be appearing at Nottingham Metronome for Rough Trade on March 21. The performance will be a part of a series of intimate record store shows by the singer to celebrate the upcoming release of his ninth studio album ‘FTHC’. 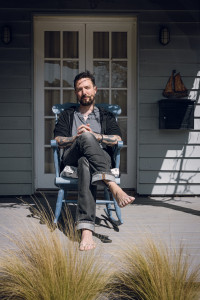 The album is set for a release on February 11 and will be Frank’s first album since 2019’s ‘No Mans Land’ – which hit number 3 in the UK Album Chart – and will include recent single ‘The Gathering’.

A huge supporter of the live music scene, he performed many livestream benefit shows in support of small venues across the country during the pandemic lockdown’s and was awarded the Music Venue Trust’s award for Outstanding Achievement for Grassroots Music Venues.

Following huge demand which saw the first show quickly sell out a second 9pm performance will be taking place on the day – tickets, which start from £20 – can be purchased here from 10 am on Thursday 27 January

The new album ‘FTHC’ is available for pre-order now

You can check out Frank Turner’s official website here