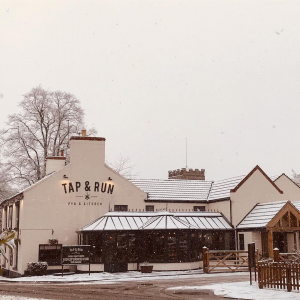 The Tap & Run, Upper Broughton, run by cricketers Stuart Broad and Harry Gurney has moved quickly to appoint a new head chef following the departure of Paul Thacker.
Andy Goodbourn joins from The Nelson, Burton Joyce where he was a runner-up nationally in the Observer Food Monthly awards 2019, with his classic Sunday Roast.
“Stuart and Harry made it really clear that an area that they want to drive the pub forward is Sundays.” said Andy.
Andy also worked at World service for six years from 2003-2009. 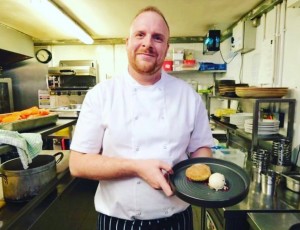 “In addition to a big focus on Sundays, I’m looking forward to continuing to develop the menu alongside the directors so that we can offer high quality gastro pub food for all the loyal customers once we reopen.” he added.
The Tap & Run, which opened in September 2018, has won awards and become very popular locally.  Director Stuart commented;
“We thank Paul for his contributions and wish him well.  Andy’s appointment is very exciting.  The Nelson is a fantastic local gastro-pub and we know Andy will bring with him some amazing food and a great following. 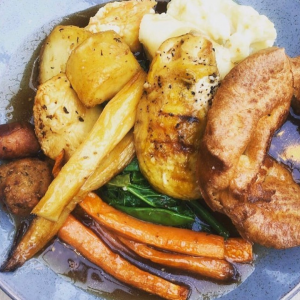 And they aren’t waiting around for the pandemic to be over either.  Business partner and fellow Notts cricketer, Harry Gurney added;
“We decided that with Andy coming on board and hopefully some light at the end of the tunnel, why wait?! We are launching a Sunday roast takeaway from February 7th so that we our loyal guests can start to sample the delights of Andy’s cooking early!”
With the first weekend (Feb 7th) almost fully booked already and Valentine’s day filling up fast, it looks like one to get booked in for early.
Menu is available at www.tapandrun.co.uk/menu
Takeaway bookings can be made at www.tapandrun.co.uk/takeaway