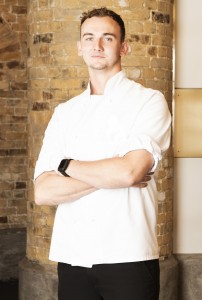 Tickets are now on sale for this year’s Festival of Food and Drink, held for the seventh year at Clumber Park on Saturday 14 and Sunday 15 September and, as a tasty starter, the first two guest chefs have been revealed.

MasterChef: The Professionals 2018 winner Laurence Henry will make his Clumber Park debut but is no stranger to the area living in Nottingham and having worked for the Michelin starred Restaurant Sat Bains as Sous Chef.

Aged just 25 at the time of filming MasterChef, Laurence has been interested in food from a young age. He always enjoyed cooking with his mum and dad who are both fantastic cooks. As a student his ambition was to be a Doctor like the rest of his family but whilst doing weekend work at a local restaurant, he fell in love with the idea of becoming a chef.

Having trained at Ashburton Chefs Academy, Laurence has worked in the kitchens of some of the world’s finest chefs, including Sat Bains, Gordon Ramsay and Jason Atherton. He has an enormous breadth of expertise under his hat. His passion for Asian food plays an integral part in his cuisine maintaining simplicity with plenty of flavour.

Sat Bains and John Freeman spotted his talent and have mentored and pushed him to grow as a chef. His versatility in the kitchen was very evident in the 2018 MasterChef: The Professionals series where, having cooked a lamb dish that was so impressive, the Observer Critic, Jay Rayner, said: “I have nothing critical to say!” Fellow judge, Marcus Wareing added: “He is inventive, creative and he leaves nothing behind in the kitchen.  In my opinion he is the next generation.” 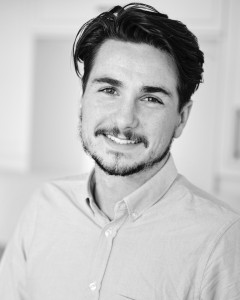 Laurence is joined by vegan chef Brett Cobley, better known as the EpiVegan. EpiVegan started life as an Instagram page back in 2016 and grew into a blog, a YouTube channel and then Brett’s first cook book What Vegans Eat.

Brett is an egalitarian who believes good food and open conversation can change the world. Going vegan started Brett on a path to sell his house, car and possessions to fund his journey and in his own words is ‘committed to help the world go vegan one meal at a time.’

Festival of Food and Drink organiser Bev Channell said: “I’m thrilled to have some true home-grown talent with us this year in Laurence Henry. Having sampled his food, I can assure visitors they won’t be disappointed in what they can learn from him.

“It is also great to have Brett joining us to dispel those myths about vegan food and seeing how easy it is to make some simple changes towards a healthier lifestyle without reducing taste – even for those who are not vegan!”

Ticket prices start from just £7 in advance with free entry into Clumber Park included, offering a fantastic saving. Children aged five years and under are also admitted free. Family tickets are available, with entry for two adults and two children up to the age of 16 years, costing from £20. For more info, visit www.festivaloffoodanddrink.com