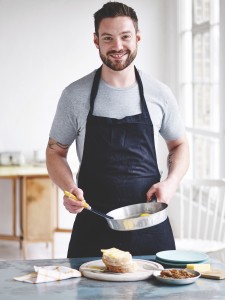 One of London’s most prominent and creative chefs, Dan Doherty was Chef Director at one of the city’s most celebrated restaurants, Duck and Waffle. He recently departed to open his own exciting new restaurant.

Having started his career as a graduate of The Royal Academy of Culinary Arts, Dan is known for his innovative, playful and indulgent cooking style, with a number of awards and accolades now under his belt. Dan recently released his second book Toast Hash Roast Mash: Real Food for Every Time of Day focused on the recipes he cooks at home for family and friends. 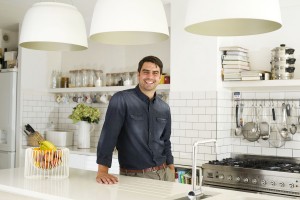 Dan’s fellow judge and former market trader Chris Bavin also makes his Festival debut. Since he co-founded his retail business The Naked Grocer, Chris has since gone on to TV success fronting a range of shows for the BBC including Eat Well for Less with Masterchef’s Greg Wallace, Tomorrow’s Food, Food: Truth or Scare and The Truth about Meat.

Dan and Chris will be demonstrating their culinary skills in the Cookery Theatre on Saturday 15th Sept as well as meeting food fans and signing copies of their books.

Festival organiser Bev Channell said: “We are thrilled to have Dan and Chris join us for this year’s Festival. They bring such different cooking styles but the same passion for food to the event and I’m sure they will be a massive hit with visitors.”
To celebrate its sixth year as the region’s biggest event of its kind, this year’s Clumber Park’s Festival of Food and Drink will see some exciting new interactive features launched as well as a brand new look.

Alongside the mouth watering menu of producers on offer in the Food & Drink Marquee, the Festival vibe continues with live music throughout the weekend, alongside Street Food traders and Pop-Up Cafes.

VIP tickets available for just £15 including priority parking, fast track entry, access to the VIP marquee with seating, an exclusive celebrity ‘meet and greet’ and a fabulous goody bag.

Ticket prices start from just £7 in advance with free entry into Clumber Park included, offering a fantastic saving. Children aged five years and under are also admitted free. Family tickets are available, with entry for two adults and two children up to the age of 16 years, costing from £20. For more info, visit www.festivaloffoodanddrink.co.uk