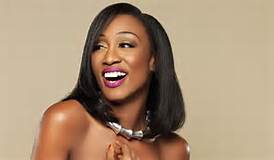 The performance was originally scheduled for June this year but has been rescheduled due to health reasons to Tuesday 3rd October 2017.

Following a string of sold out gigs in the spring of 2016, and having completed a 6 month run in the smash hit west end musical The Bodyguard in January, Beverley is taking to the road again in her own right.. She will play a broad set featuring hits from her stellar career, highlights from the Soulsville album as well as a few customary surprises that fans have come expect from her legendary live shows.

NottinghamLIVE have a pair of tickets for one lucky reader to win.  Simply follow us on Twitter.  Look out for a post mentioning the competition, then like and retweet.  You have until 30th June to enter.  The winner will be announced on Twitter and asked for details by DM.