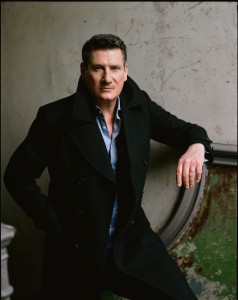 DHP Family, the organisers behind Splendour Festival and Dot To Dot Festival, have announced the launch of a new summer event series at Nottingham’s most centrally located park.

Arboretum Sunsets will run from 25 June – 5 September, with a diverse entertainment programme, featuring world-renowned musicians, established comedians, food and drink festivals, yoga and wellness sessions, and much more to be announced.

The series will take place at pop-up venue Arboretum Garden Bar & Bandstand, following its successful launch last summer. The event space will feature two container bars and rotating street-food vendors, centred around the park’s iconic bandstand. The first events to be announced include concerts from music heroes Tony Hadley and Richard Thompson, an all-day folk event hosted by singer-songwriter Beans On Toast, the Arboretum Beer Festival, street food festivals from Nottingham Diners Club, and regular Sunday yoga and wellness sessions presented by Sweaty Betty. The spacious outdoor location means that, even if social distancing measures are still in place, all events will be able to safely go ahead as scheduled.

Alongside the packed music schedule is the launch of Arboretum Beer Festival: an all-day extravaganza, featuring a huge array of local and national beers for craft drink aficionados. Sunsets will also be serving up an array of mouth-watering street food from Nottingham Diners Club; laugh-out loud live comedy sessions from Just The Tonic; music quizzes, bingo and much more!

There will be a small restoration levy on all tickets (50p for tickets over £10, 25p on tickets up to £10): this will contribute towards sustaining and improving park infrastructure at the Arboretum.

Tony Hadley is one of pop music’s greatest vocalists. He rose to fame fronting ‘80s New Romantics Spandau Ballet, who had numerous chart-topping singles and albums all over the world including the classic hits ‘Gold’ and ‘True’. Since their split in 1990, Tony has gone on to forge a successful solo career, performing with bands and orchestras across the globe. His Arboretum Sunsets performance is a rare opportunity to see him in an intimate setting, performing songs from his extensive back catalogue, including some Spandau Ballet classics.

Legendary folk artist Richard Thompson first gained prominence as the lead guitarist and songwriter for folk rock pioneers Fairport Convention. With a career spanning decades, Thompson now counts an Ivor Novello Award, Grammy nomination and a spot on Rolling Stone’s “100 Greatest Guitarists of All Time” amongst his many accolades. His evocative songwriting, jawdropping guitar playing, and indefinable spirit has inspired everyone from Elvis Costello to REM & David Byrne. 2021 sees the release of his new book ‘Beeswing’ and an acoustic solo tour, including a special performance at Arboretum Sunsets.

British post-punks The Futureheads burst onto the scene in the early 2000s and gained notoriety after their triumphant Kate Bush cover of ‘Hounds Of Love’. This is a rare opportunity to experience a different side to the band, with the show featuring a mix of acoustic and a cappella song arrangements, intricate four-part vocal harmonies and plenty of audience banter. Punters can expect a mixture of selections from their back catalogue including songs from their 2019 album Powers, coupled with older favourites, and some covers and traditional songs thrown in for good measure.

Organisers have also confirmed the return of Homegrown, the bank holiday all-dayer showcasing the best music the East Midlands has to offer, in conjunction with BBC Introducing. The first names announced include Deco who create undeniable pop songs with a bite; singer-songwriter Joel Baker and folksy four-piece Catmilk.