For those of my generation Timmy Mallett’s Wacaday was a staple of your Saturday morning television, we went around singing the theme song “It’s Saturday, no school today, so what you gonna do..” and all dreamed of owning our own smiley faced mallet. Finally getting the chance to meet the presenter, that it was in a fine art gallery at the top of the stylish Flying Horse Walk however, well that was somewhat surreal to say the least.

Until I heard the news that Timmy was coming to Notts a couple of days before I wasn’t even aware that the children’s TV star was an artist, but an artist he is, what is more he happens to be an extremely gifted artist with an eye for a great scene. 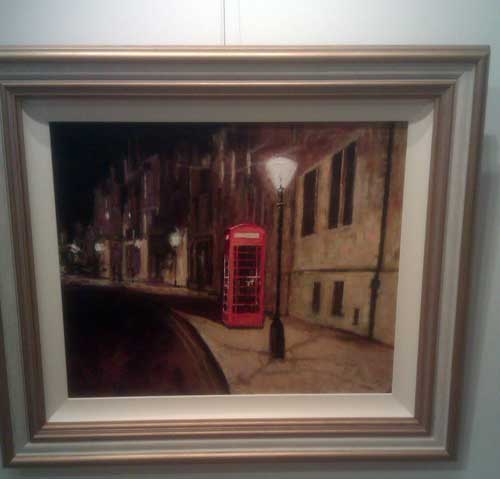 That’s right, the man responsible for inflicting Itsy Bitsy on the world is a dab hand with a paint brush and some oil paints and was certainly worthy of his exhibition at the Whitewall Gallery which opened last Thursday – the man himself along for the opening night.

Arriving at the gallery early I was informed that the artist was running late, and so had plenty of time to explore the exhibition almost entirely to myself, taking in pictures from across the world that had caught Mallett’s eye. 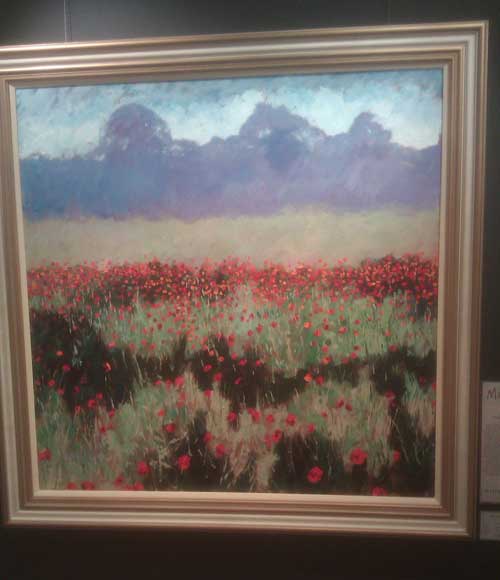 Particular favourites of mine were Beach Huts which featured a series of brightly coloured old wooden beach huts in a line along a beach, it was a sharp image that immediately caught your eye; and Midnight Phone Box a painting of and old style phone box on the Oxfordshire street that was a regular haunt of famed author C.S Lewis.

By the time Timmy arrived the gallery had filled up with art lovers and despite the classy setting it was great to see Timmy had opted for a suit more akin to his show than the location, even more brilliantly he even had his famed Mallet with him which sat proudly in the gallery.

Unsurprisingly Timmy was much sought after by those in attendance, many of whom had spent some serious money on his paintings, some of which were selling around the five grand mark, however – thanks to the help of the gallery staff – he did kindly take a few minutes out to chat to me.

We had a chat about his paintings and, in rather fan boy like moment I admitted to being a huge fan of his show growing up, even going as far as to make Mallett’s Mallet out of cereal boxes, he then shared with me his love of Nottingham and how it was very exciting to be bringing an exhibition of his art to the city for the first time. It’s also worth noting that he did a great job of celebrating the city on his Twitter feed after the show, notably praising the hotel he stayed at and the restaurants he paid visit to. 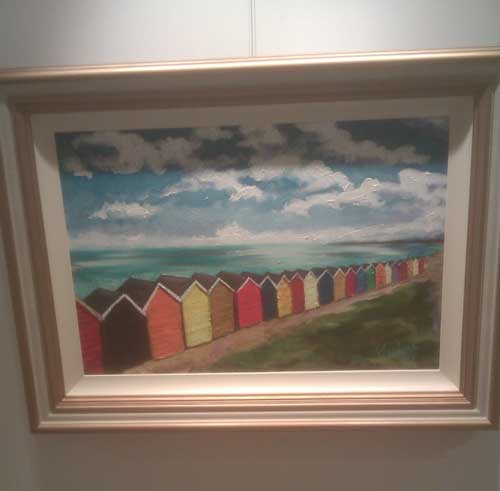 With that, and after a quick photograph, he was off and mingling.

Timmy Mallett may well be best known for hitting people on the head with his famous Mallet – including a, then, Prime Minister Margaret Thatcher, but in recent years he has established himself as an extremely impressive artist and I would highly recommend checking out his exhibition before it leaves the city. 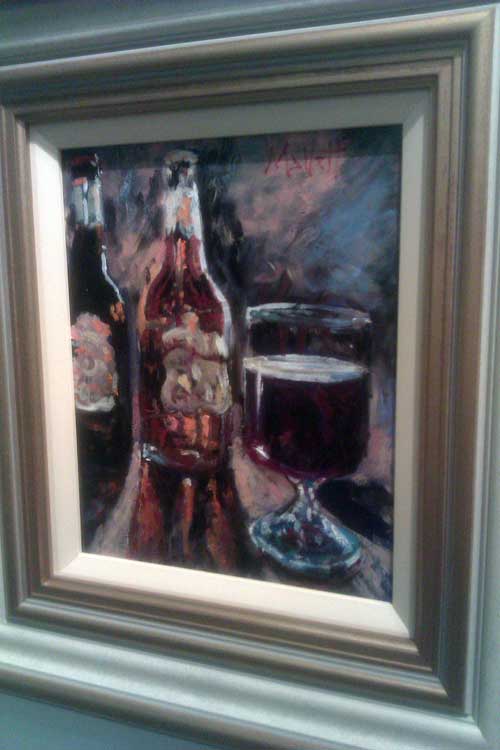