A HAMPSTEAD THEATRE AND BIRMINGHAM REPERTORY CO-PRODUCTION OF 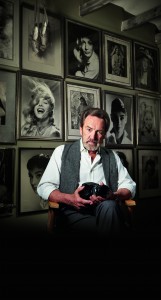 Written and Directed by Terry Johnson
With Victoria Blunt and Oliver Hembrough
Designed by Tim Shortall
Lighting by Ben Ormerod
Video Design by Ian William Galloway
Sound by John Leonard
Music by Colin Towns
Theatre Royal Nottingham
Monday 21- Saturday 26 October 2019
Following a sold-out run at Hampstead Theatre, Terry Johnson’s Prism returns to the stage as part of a national tour with Robert Lindsay reprising his role as the double Oscar-winning cinematic master Jack Cardiff.  The tour will visit the Theatre Royal Nottingham from 21-26 October.
Jack Cardiff has retired to the sleepy village of Denham, Buckinghamshire. His days of hard work – and play – on some of the most famous film sets in the world are now long behind him, as are his secret liaisons with some of the most famous women in the world… Surrounded by memorabilia from a lifetime of ‘painting with light’, the writing of an autobiography should be an easy matter – were it not that Jack would now rather live in the past than remember it… 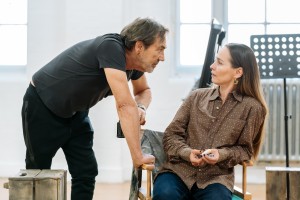