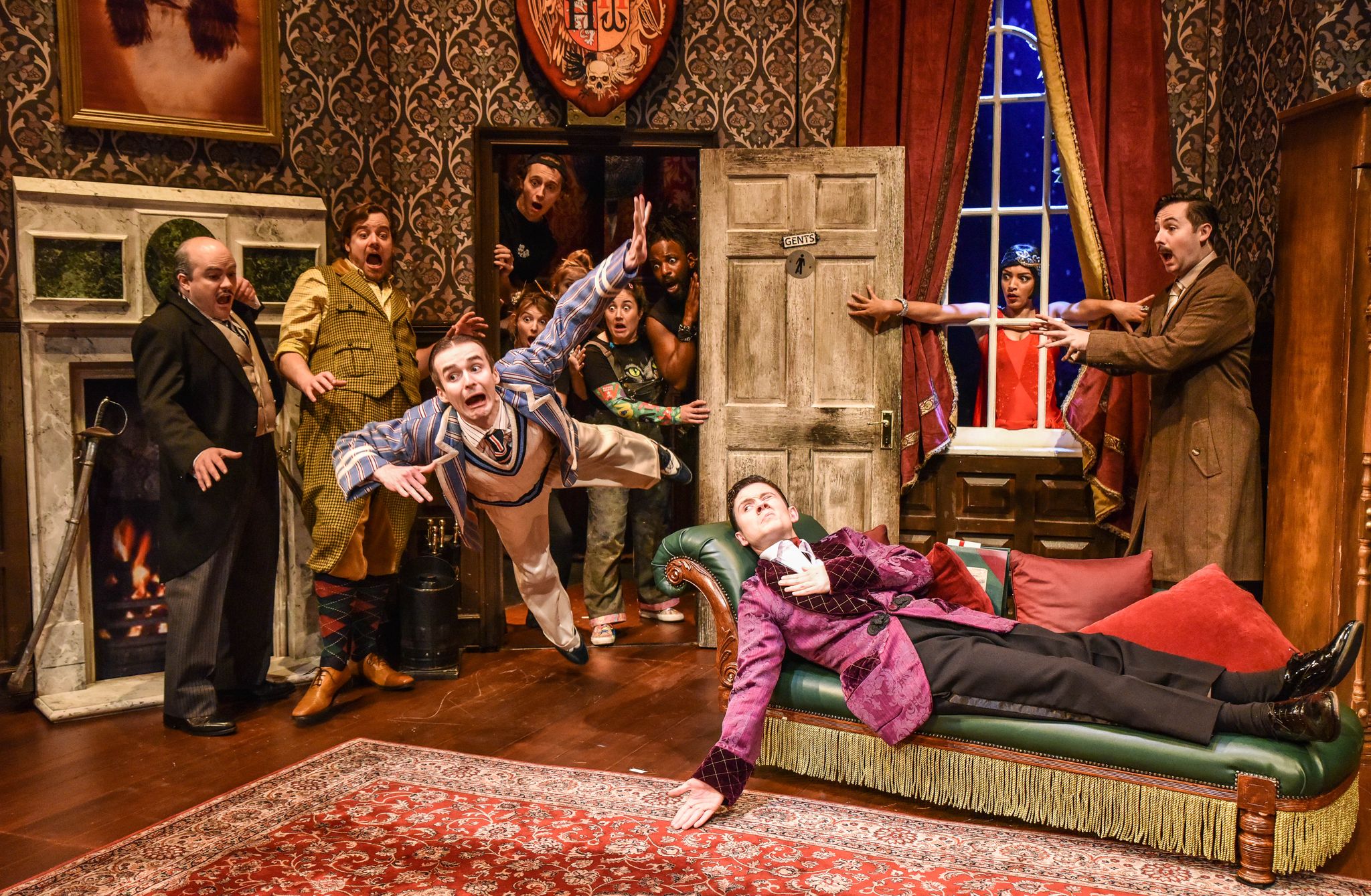 It’s been a long time since being in a theatre. Years now in fact and you can feel the experience is shared as we take our seats tonight at the theater royal for the first night of The play that goes wrong. As the bustle of anticipation hums through the packed out tiers the crew are onstage making the final checks for tonight’s entertainment.

The laughs start before the curtain raises. I recommend getting to your seat early. The seeds planted for big future laughs are expertly laid out for the responsive audience, the subtle hints that bloom into hysterics later on through the show.

Director Chris, announces this is his directorial debut and apologised for the previous production which hadn’t been met with a warm reception, these included low budget efforts including “Ugly and the beast” Chekovs’ “2 sisters” and “James! Where’s your peach?”As the brilliant disaster unfolds the cast from the Mischief theatre have fortunately a wealth of ‘understudies’ are on hand to allow the play to continue despite a wealth of ‘mishaps’.

The play that goes wrong has been a phenomenal success since its West End hit and then its monster smash on Broadway. Having seen the show in its early days, I hope to see some of that magic and absurdity is still there. I am in wonder and awe at the new cast’s collective performance tonight. The laughs come thick and fast with perfect timing and great delivery.

The murder mystery genre is perfect for lampooning with the familiar british reserve to carry on regardless in the theatrical tradition of when something unexpected happens live to roll with it and maintain the mantra of ‘keep calm and carry on’.
The smartly crafted script brings ‘in’ jokes for the audience and takes us along for the ride through the chaos. I can honestly say I’ll never see Duran Duran in the same light again!

We all needed this tonight, the craziness of the last few years’ memory evaporate if only for an evening where roars of laughter erupt through the theatres once again.

I implore you to see The play that goes wrong, now more than ever the belly laughs and the tears of joy are needed.

For tickets and information on other shows please visit www.trch.co.uk