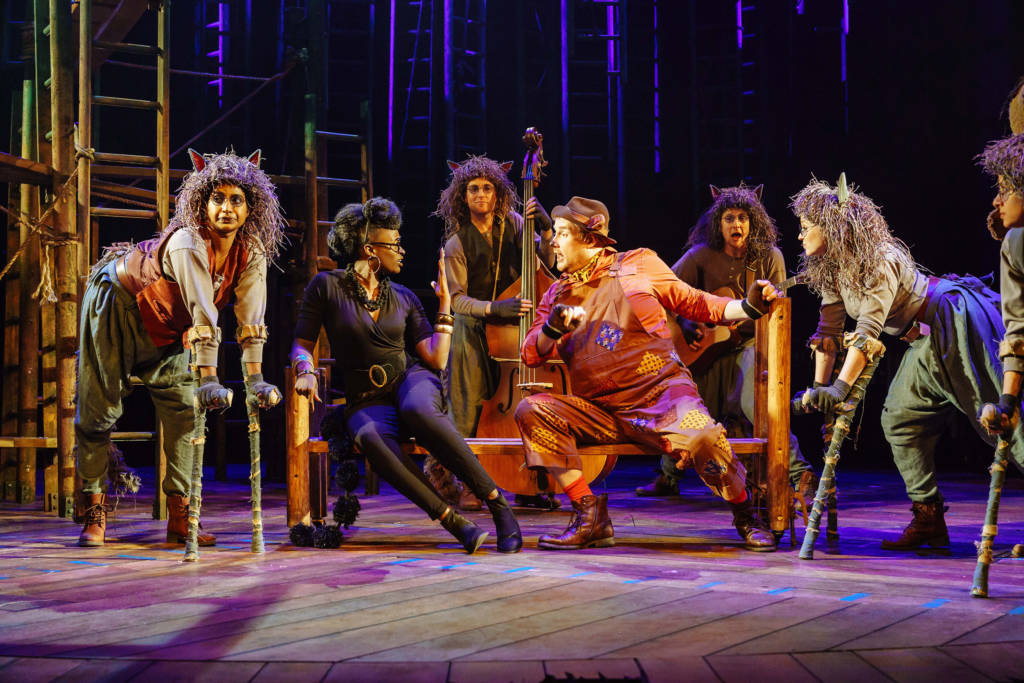 It might be just me, but normally when I think about The Jungle Book my mind automatically thinks back to the Disney animated classic. I’d only briefly thought about the book by Rudyard Kipling it was based on, and so had neglected to consider how it might vary considering it was still a musical adaptation.

We open in the bedroom of a young child with his mother, as he falls asleep the scenery transitions to what is the jungle, depicted by ladders for trees, and beams, resembling what you may remember from school climbing frames in the gym. It gave enough for your imagination to do the rest.

A warming song about living together in the jungle brings us to the introduction of Mowgli, the puppet. Given life by Keziah, it was mesmerising to watch, she had all the gurgles and burbles of a young child and it added that little bit of extra magic. Sure enough, Mowgli got older through a handy little montage song and so did the puppet get bigger as it learned to walk and play, until finally Joseph herself had taken to playing Mowgli sin puppet.

Keziah had all the bounce, energy, playfulness, and cheek of an adolescent child and really brought Mowgli to us. One of the most memorable things about the show was her “Awoo” in her songs, (because Mowgli is a wolf, after all), it was catchy and by the second half I was joining in, head movements and all.
You can’t have Jungle Book without a Baloo. Our Baloo is Welsh (Dyfrig Morris) and he was excellent. The man can sing, too, just as you imagine Baloo would. He was just as funny as he was good a singer, though; The goofy best mate/sidekick. The sensible Bagheera is played by Debora Oyelade. She was catlike the whole time, smooth, cool, the way she moved was everything you’d expect. Both actors really bounced well off each other. 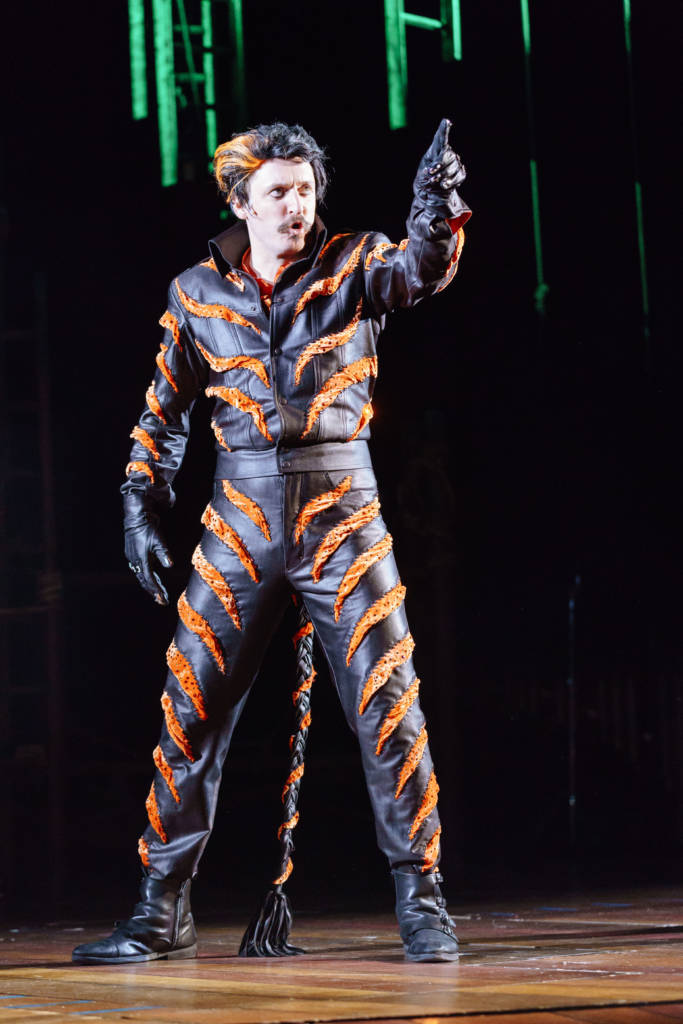 Lloyd Gorman’s Shere Khan was possibly my favourite character out of sheer brazenness. Prancing around the stage in a black Elvis style suit, with sparkly orange stripes, and KHAN emblazoned in the same sparkly orange on his back, akin to what you may see on the back of a boxer’s robe. An orange streak in his hair, too. Loud and booming, I started to wonder if we were meant to scream “Booooo” every time he came on stage. No doubt with a younger audience that could possibly happen.

As for younger audiences, this works really well for them, it’s fun for all the family. The music is catchy, but the songs don’t go on for too long, so it kept us engaged. The humour is light-hearted with some burps and farts thrown in for good measure from the hilarious Ali G-esque monkeys.
Definitely worth a watch, you can still catch it this evening at Theatre a Royal, for more info click here.