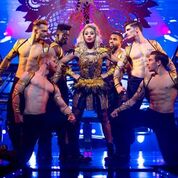 Opening with a sudden bang that made most of the audience jump out of their skin The Bodyguard came flaming on to Nottingham’s Royal Concert Hall stage this week. Whilst we were still recovering from the shock of the bang, our hearts were sent racing again with hotness; in the form of magic mike style dancers and actual fire.

With a clever use of screens and sets the love story of Rachel and Frank unfolded in front of us. The script was so cheesy you could smell it at times, there was even a montage! The American accents were also cringeworthy, especially Benoit Marechal‘s Frank aka the terminator. 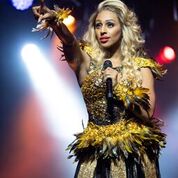 However the music and choreography was incredible, Alexandra Burke’s (Rachel) crystal clear voice filled the hall from the stalls to the rafters. Everybody shone when they sang but the stand out performances were Rachel’s son played the adorable little Ethan Marsh and the stalker (Phil Atkinson) who got his moment in the encore. 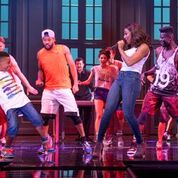 Having never actually watched the film the story was new to me, but the show was easy to follow and captivating. The production got the balance between songs and drama spot on, it was a joy to watch. The entire audience were up on their feet and dancing with somebody at the end of the show, so I don’t think I’m the only one who thoroughly enjoyed the evening, albeit for different reasons.

Go see this if you like Whitney songs, six packs and cheese. Showing at Royal Concert Hall until 22nd June, grab your tickets from £22 here www.trch.co.uk for more information.