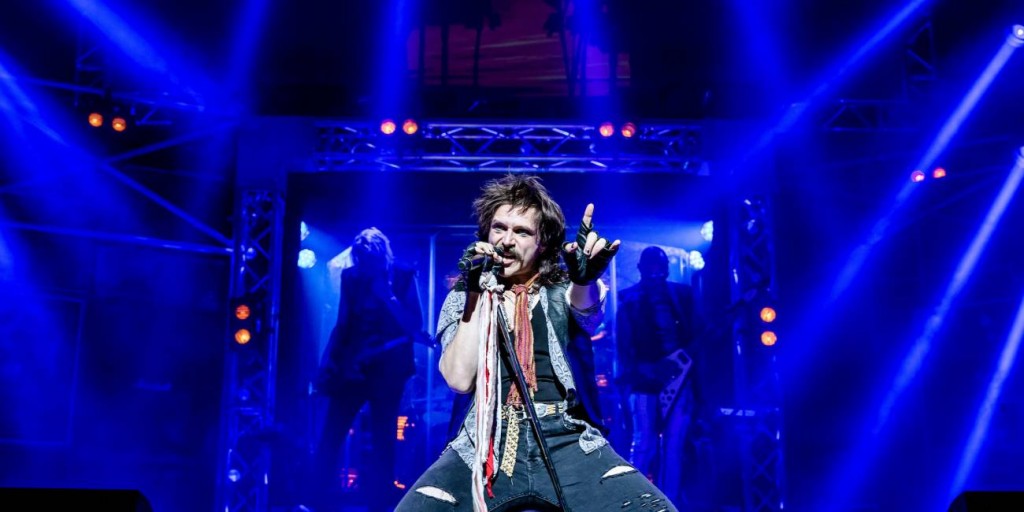 Be prepared to take a step back into the 80’s in this unapologetically silly and very noisy Rock of Ages musical. And when I write 80’s I refer to the misogyny, chauvinism and fair bit of xenophobia that was “apparently” more present in that era than in this – really, I’m just not sure it was this bad back then?

There are an abundance of 80s glam rock hits throughout this musical, from Europe’s The Final Countdown and Starship’s We built this City right through to Journey’s Don’t Stop Believing. The musical numbers are just about the only thing good about this musical. However the delivery of most are loud, very loud. While protaganist Sherrie Christian (played by Jodie Steele) and owner of Venus, gentlemen’s club, Justice Charlier (played by 2002’s Pop Idol winner, Zoe Birkett) hold some of the most incredible voices I’ve ever heard live, they were very much let down by the sound which was often distorted or far too high in volume. Rarely have I heard such vocal strength from musical leads, but in my experience the sound should compliment that – unfortunately not in this case. 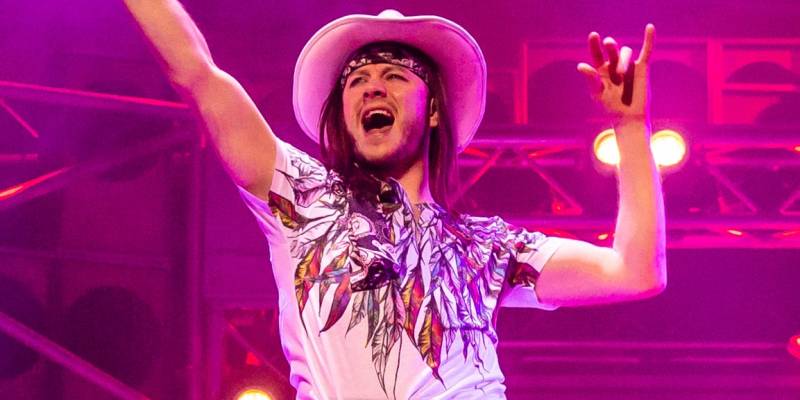 The initial warning of debauchery that appears in the plot summary for this “innovative” musical is every bit modest. Telling the “rags to riches” LA love story set in a music club on Sunset Strip, the plot centres around small town dreamers Sherrie and wannabe rockstar Drew (played by Luke Walsh) who both dream of being together but just can’t quite get there.

There’s also old rocker and Bourbon Room’s club owner Dennis Dupree (Kevin Kennedy) who is trying to revive his failing business by booking every-bit-sleazy “rock God” Stacie Jaxx (Kevin Clifton) but in the background there is conspiring going on with the appearance of a rich German developer and his son who convince the mayor that it’s a good idea to replace the strip with a shopping mall.

And how do you know the developer, Hertz and Franz are German? Well through their hyperbolic, outdated and overly offensive gesticulations and accents of course! *eye roll*

You can’t fault the cast’s energy, who are every bit talented – the choreography is flawless and innovative but the outfits brazen and non-existent. I feel for the cast who are let down by an outdated and aged plot which needs to be brought into this century. I was every bit sad that such talented actors and actresses had sold themselves short – there’s some irony in there somewhere.

The musical is two and a half hours long with one intermission, and I honestly think I’d rather have just listened to some rock anthems in my living room rocking my own socks off.
“Don’t stop believin’ eh?