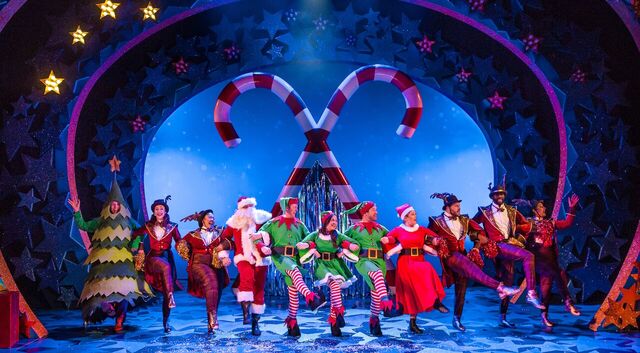 As a kid growing up in a class of big personalities I never really had a desire to take centre stage at the school nativity, as a result I was always cast as something relatively ambiguous – a professor in a purple wig with a telescope to gaze at the north star, a red tomato that discovered the ability to speak or, in a year where the school decided to be more traditional, the innkeeper’s wife. But after watching what can only be described as a heart warming bonanza of a stage musical in The Nativity! if I could have one wish this Christmas it would be that I was in it.

Take me back to school and give me a script – because after watching the kids of St Bernadette’s kill it in this I’ve learned that you can do anything if you put your mind to it and you have the right people who believe in you.

The well-known showbiz saying to “never to work with children or animals” is completely lost in this stage production – yes kids and animals are scene stealing AND unpredictable but that’s everything you want in a Nativity right? Yes there is a dog, cute, shaggy Cracker played by Pepper who seems to turn her head at all the right angles at just the right times *cue sigh*. 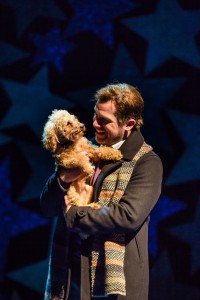 Lavish sets studded with flashing stars (and this one deserves all five!) depict all the glitz of glamour of Hollywood within a school nativity setting in this musical because if you didn’t already know, for this nativity “Hollywood are coming!”

Bringing the heart warming and often soppy tale of the Christmas film of 2009 to the stage, writer and director Debbie Issit depicts the story of Mr Madden (played by the charming Scott Garnham) a primary school teacher, at St Bernadettes school, who hates Christmas after losing his girlfriend Jennifer (played by the enchanting Ashleigh Gray) to Hollywood at that exact time of year (I know right) and now has to marshal his class of disadvantaged children into performing a hit nativity that will reverse the painful reviews of previous year’s performances. Sounds simple right? Well not so much, things don’t quite go to plan once Mr Madden’s white lie that a famous Hollywood producer is coming turns into something much bigger…

But we have Mr Poppy (played by the immensely talented, jaw-droppingly entertaining Simon Lipkin) to thank for that. Barely out of school himself (on a maturity scale,) Mr Poppy as Mr Madden’s classroom assistant brings the perfect balance of playful immaturity, charisma and the kick up the bum that Mr Madden needs – he also wear some pretty epic t-shirts!

Wildly enthusiastic and with the perfect sprinkling of improvisation he brings each layer of the Christmas cake together perfectly with his epic vocal range and energy while the children to which the show succeeds or fails are well rehearsed, captivating and truly delightful – I’ve never seen so much discipline and talent on one stage – they were the icing on that Christmas cake!!

Act two brought with it plenty of gasps from my seat with the sight of children barely in hitting double digits in age flying around on harnesses and mastering choreography that would challenge even a Westlife of the noughties. 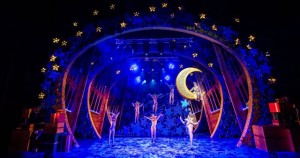 There is something for all in this musical with humour for all ages from juniors through to adults with references scattered throughout from the mayor having “one big ball” (a reference to his annual Christmas party) through to a subtle mention of Fifty Shades of Grey.

I wasn’t too sure if some of the blasphemous references were a little too much at times when the class were asked to tell the story of the nativity and one child recounts Jesus being born, dying and resurrecting all within a week (cue laughter) but they were definitely crowd pleasers.

The nativity audition scene which is an opportunity for each of the junior cast to showcase their unique talents brings everything from chuckles to bellows. There’s everything from dolphin impersonations to an X-factor-style sob story in attempt to win the part of Joseph: “Please can I play Joseph. My mum’s had a baby and my dad doesn’t think that it’s his!” 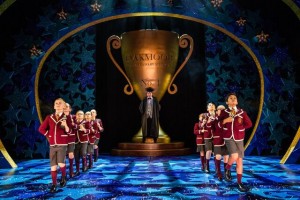 Rival school Oakmoor’s cast also deserve a special mention. Perfectly depicted with strictly drilled marching and well-timed chanting the students of Slytherin spring to mind with mannerisms and songs which hilariously depict the stereotypes many of us commonly have come to associate with private schools.

Featuring the favourite hits (I am told) from the film Sparkle and Shine, Nazareth, One Night One Moment, She’s the Brightest Star – whether you’re hearing these songs first time or 57th they’re just so brilliant and catchy.

By the closing curtain of the musical I was left with tears in my eyes, feeling what I could only describe the same pride that a proud parent must feel as they watch their child perform in their own school nativity.

If you can imagine within two hours you could give birth to a bunch of adorable kin, watch them grow up, go to school and then go on to perform in one of the best Nativity productions you have ever seen then you’ve hit the Nativity! The Musical right on the head.

Theatre Review: The Boy Who Fell Into a Book