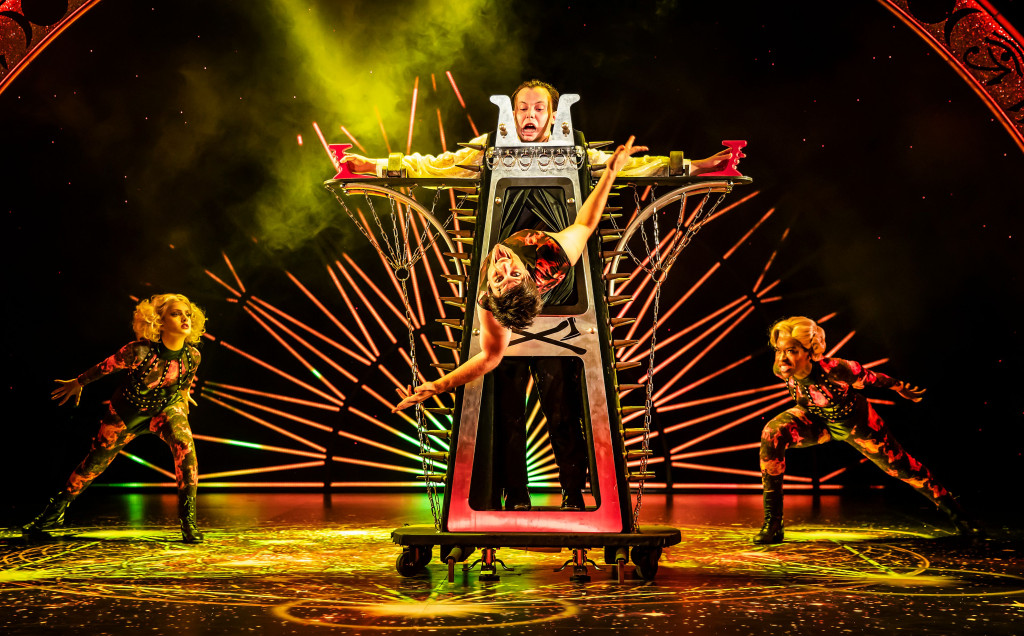 A magic show co-written by my childhood favourite magicians, Penn and Teller, and the hilarious Mischief Theatre Company…what could go wrong? (Thanks for that one, Lucy). Magic Goes Wrong will not only leave you in hysterics, but somewhat amazed by the illusions they perform.

Mischief are well known for their comedic delivery, it’s quite the feat to get the timing just so to make what appears to be a series of cock ups come across so perfectly, but to couple this with audience misdirection and sleight of hand was sheer genius. 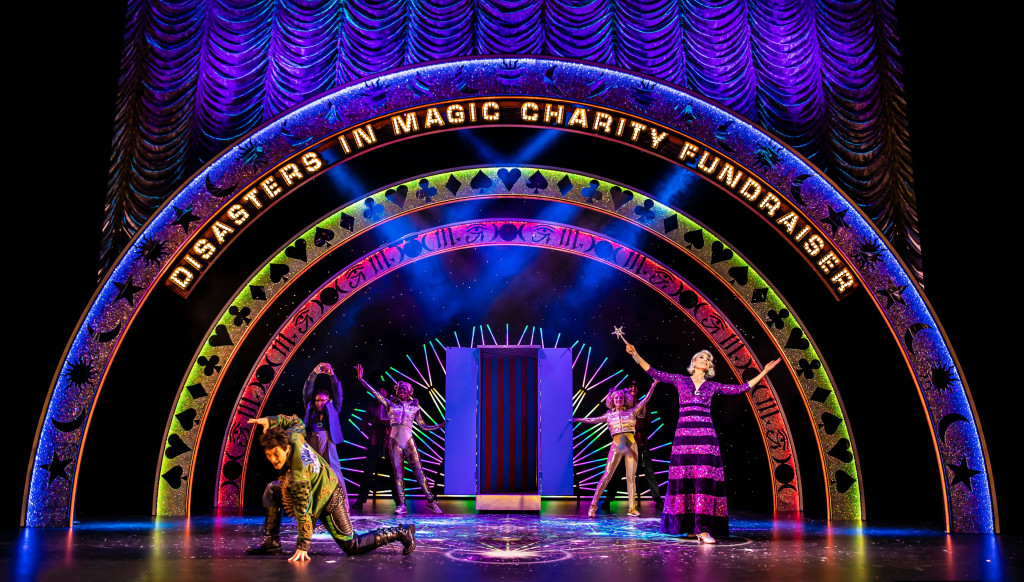 We set the scene with a bit of slapstick comedy before the show has even begun; a couple of stage hands trying to fix the illuminated sign above the stage that reads “Disasters In Magic Charity Fundraiser” with a death defying (sort of) ladder climb to fix the S. A charity event compared by Sophisticato (Sam Hill) who wants to follow in his late father’s magical footsteps after he sadly passed away after an unfortunate accident involving his precious magic props. I’ll not go on too much about that (or about much of what happens, to be fair, secrets of the magic circle and all that), but I will say that there was a certain point in the show that reminded me of 90’s comedy show ‘Shooting Stars’ and the Dove from Above…probably not what you’re thinking, though. 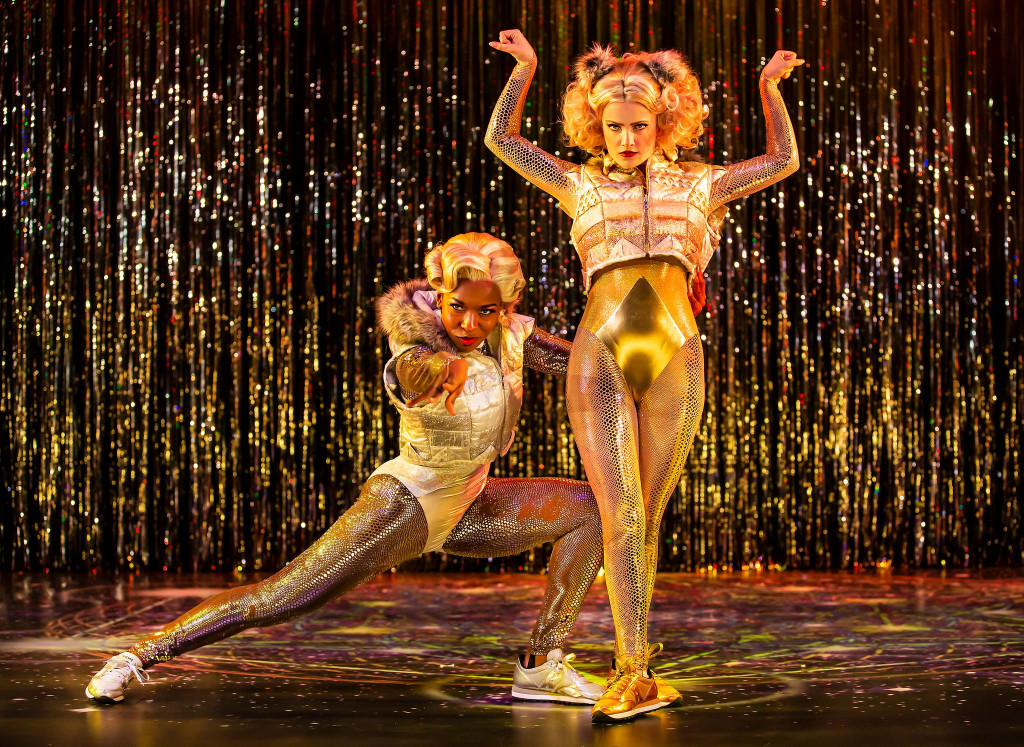 Sophisticato is joined by others throughout, each with there own special talents. Spitzmaus and Bar (Jocelyn Prah and Chloe Tannenbaum, respectively), a sort of German (?) double act who assist some of the other performers, show off acrobatic and contortionist skills, and have one especially grizzly act. The Blade (Keifer Moriarty) feels no pain! He gave me massive Zoolander vibes, maybe just because of the hair and makeup, but something about the way he moved, too. The water coffin trick was one of my favourites, with the franticness that you’d expect of these guys but with a delivery that left me open mouthed in wonder…once I’d finished snort laughing. Then we have Eugenia (Valerie Cutko), and old friend of the late illusionist, who played more of a supporting role in the first half, and so did her second half. Finally we have possibly the star of the show, Mind Mangler (Rory Fairburn) and the audience members he’s never met before, Brian (x3) (Daniel Anthony). Mind Mangler has x-ray vision and can read minds. He can also contact the dead…and the living. And John. So many Johns, just not the right ones. 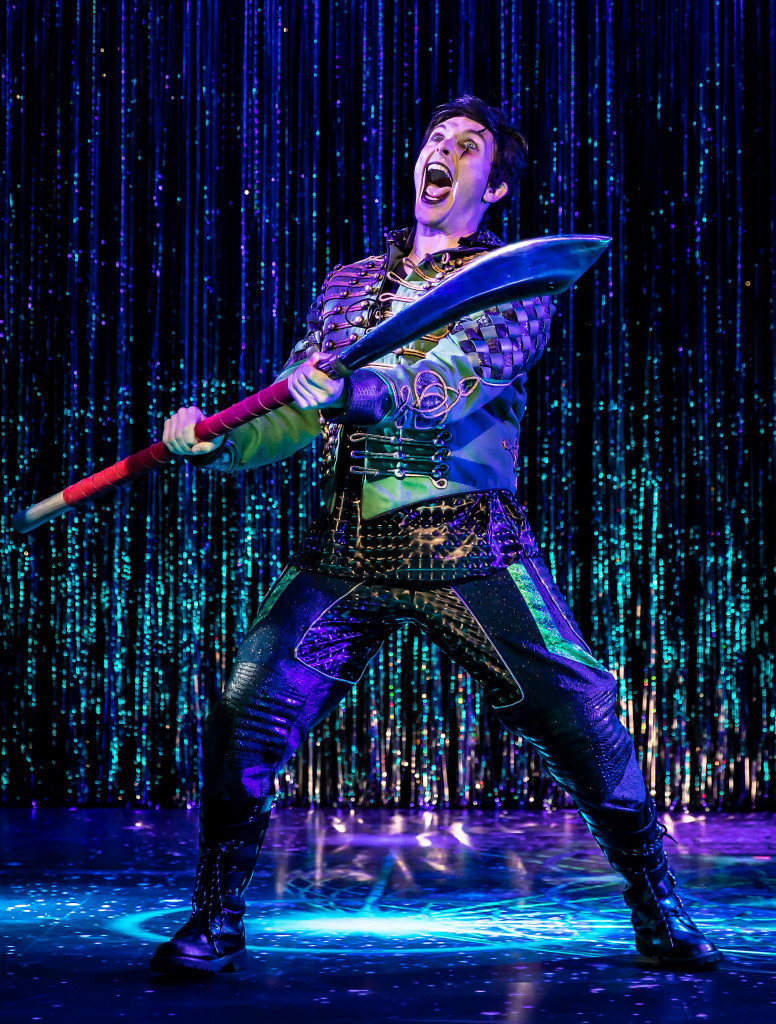 The performance was visually great, because although a comedy it was, when it came down to it, a magic show. I found the first half not as funny as I was expecting but I didn’t mind (MIND MInd Mind mind) because the second half came at me with so much energy that I couldn’t stop laughing. All the illusions were performed so well that even when you thought you knew what was coming you’d be caught off guard every single time, and then a second punchline before you’d even had time to recover. It also left you (I found) with some self satisfaction of being able to figure out one or two of the tricks, but that’s just the style of Penn and Teller. Or maybe that’s just me being a smart arse (I didn’t reveal any of my suspicions). Saying that, even when I thought I did know, there were plenty of times I had to doubt myself and reconsider what I thought I knew.