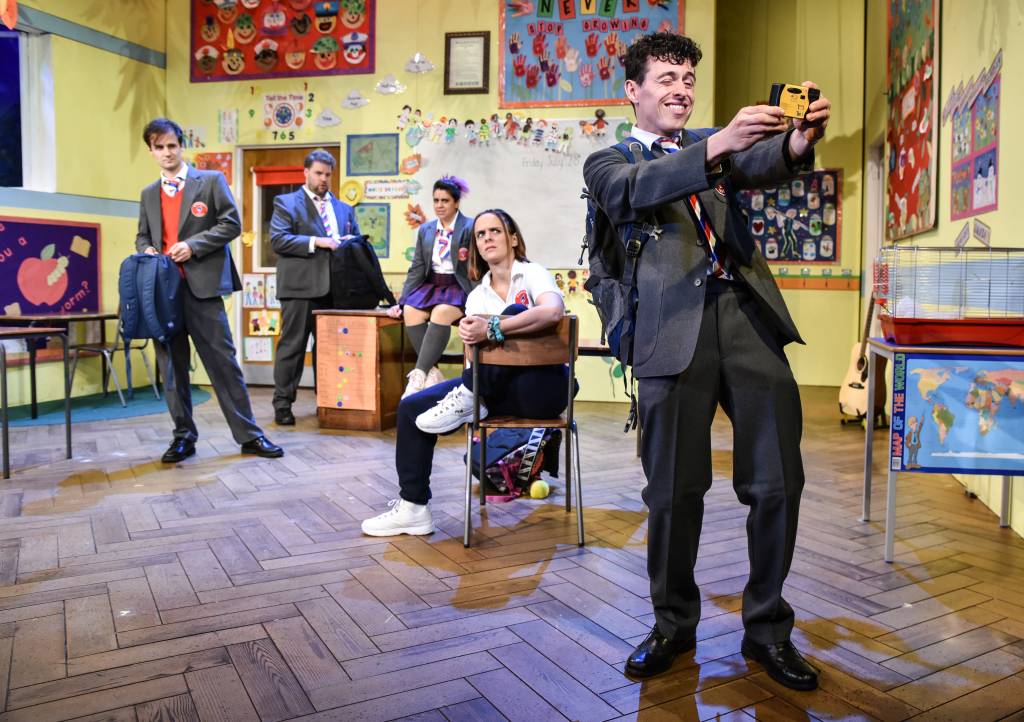 Last night at Nottingham Theatre Royal we were treated to an absolute masterpiece of comic ingenuity. From the makers of The Play That Goes Wrong and The Comedy about a Bank Robbery , Mischief have returned with Groan Ups. This show is focussed a group of “friends” (Moon, Spencer, Katy, Archie and Simon), whom we follow from primary school in 1994 all the way through to their reunion.

It started with the five taking part in “and that was our weekend” at assembly, which instantly had the audience in stitches, particularly Katy’s observations of her daddy, who apparently still would! We then watch the shenanigans unfold whilst the teachers are absent, its really hard to pick out the highlights of these scenes as there were so many. What was both lovely and funny though was how they captured the little mistakes 6 years old make when they try to repeat what they’ve heard their grown ups say, for example “I am going to be Prime Sinister when I grow up” and “finger all the pies.” However this play also makes you think about the language we use around children, as they do listen and repeat it, Katy tells Spencer “Don’t eat that you’ll become a handful.” Spencer (performed fantastically that night by Paul Brown) is the notorious trouble maker and the reason why the class Hamster is called Vincent Van Fluff…he ate his ear… The relationship between the children and the pet hamster (although Vincent is replaced with Rodent Keating) continues in an increasingly slapstick fashion all the way through to their reunion, where it all turns a bit Fawlty Towers!

The audience is also privy to an awards show, however “Ofsted says everyone had to get one so some of them are bollocks”! We also get to witness the moment Simon believes was the invention of the selfie, although at the time a early 00’s teenage Moon pipes up “Did you just take a photo of yourself, that’s so sad.” 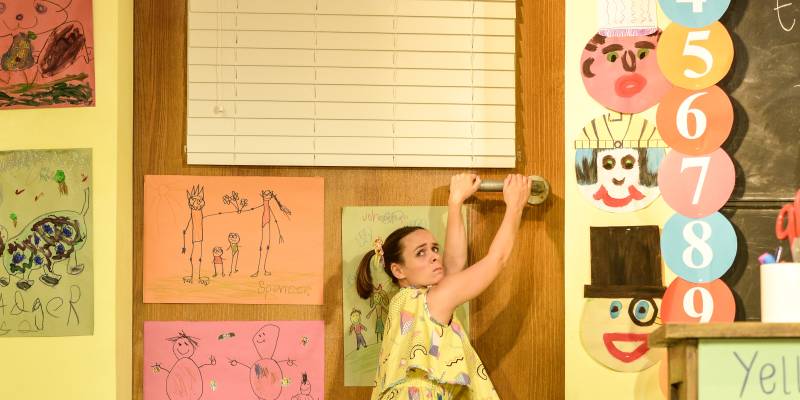 There are so many elements to this show from the era specific music to the classroom set which is initially so cleverly oversized and designed, but the props then “shrink” when we see them as teenagers, its simple but genius, one of the best sets I’ve ever seen. 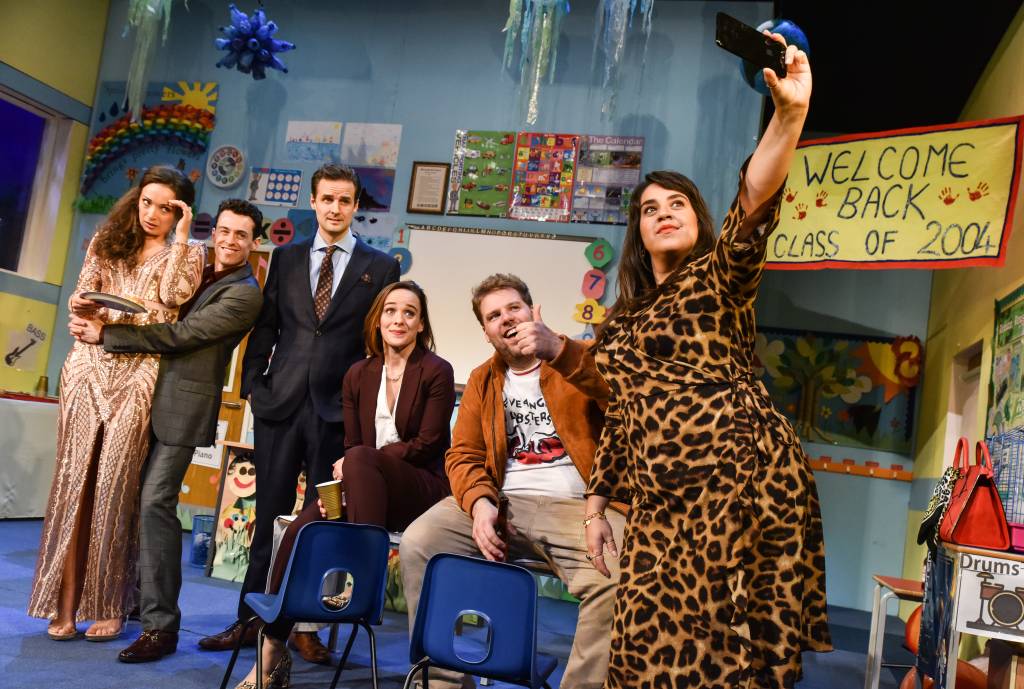 When the friends return for a very awkward reunion, all of the themes, thoughts and jokes come full circle in the most satisfying way. The reminiscing and reimagining of their younger years is highly comical, although we do see how the trauma of adolescent bullying is played out in adulthood, particularly through the character of Simon. I don’t want to give it away to much but Simon introduces us to a new character called Chemise who, for me, stole the show with her “acting”, she was quite literally unbelievable as any character, so a special shout out to Jamie Birkett who brought her to life.

Its not all laughs for the timeline of this show is funny, slapstick, silly, silly, dark, emotional and then tear jerking, for the lies you don’t live are beautiful.

If you go see anything at the theatre then see this, cannot recommend it highly enough. Groan Ups is showing at Nottingham Theatre Royal until Sunday 4th December 2021 – get your tickets here: www.trch.co.uk/whats-on/groan-ups-21/
If you cant make this production then book Magic that Goes Wrong by Mischeif coming to Nottingham in the spring, tickets available to book now www.trch.co.uk/whats-on/magic-goes-wrong-22/
Review by Josie Opal