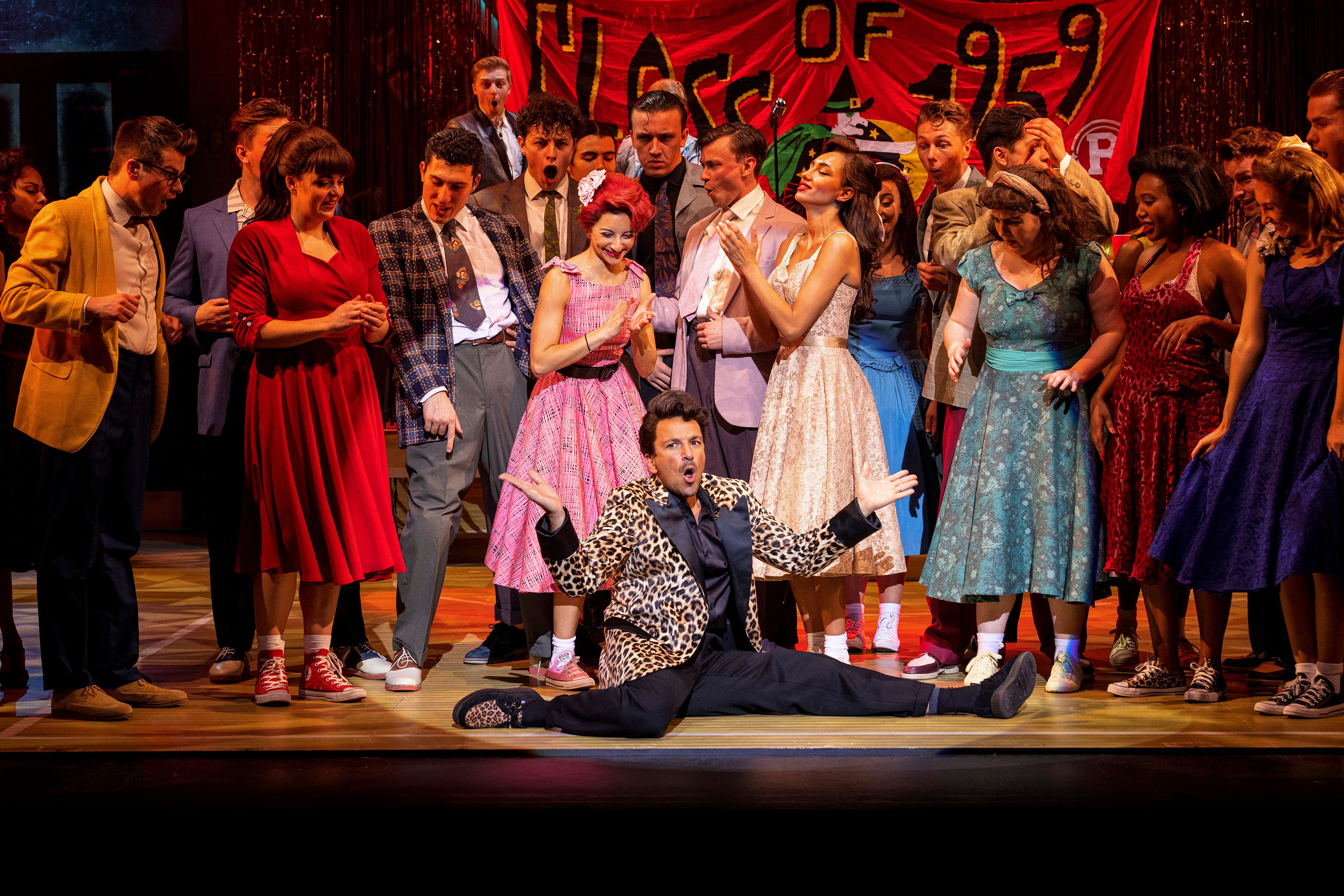 This week at Nottingham Theatre Royal you can be transported to the 1950’s at Rydell High for a version of Grease the musical. I had the pleasure of attending on Wednesday night and the theatre was buzz of excited chatter; everywhere you looked were pink ladies of all ages. The atmosphere was palpable, I had taken my young daughter, who sadly could not remember any visits to the theatre pre-covid, and she was just in awe of the excitement everyone was radiating. We quickly found our seats and the theatre itself was a glow of pink due to the lighting. 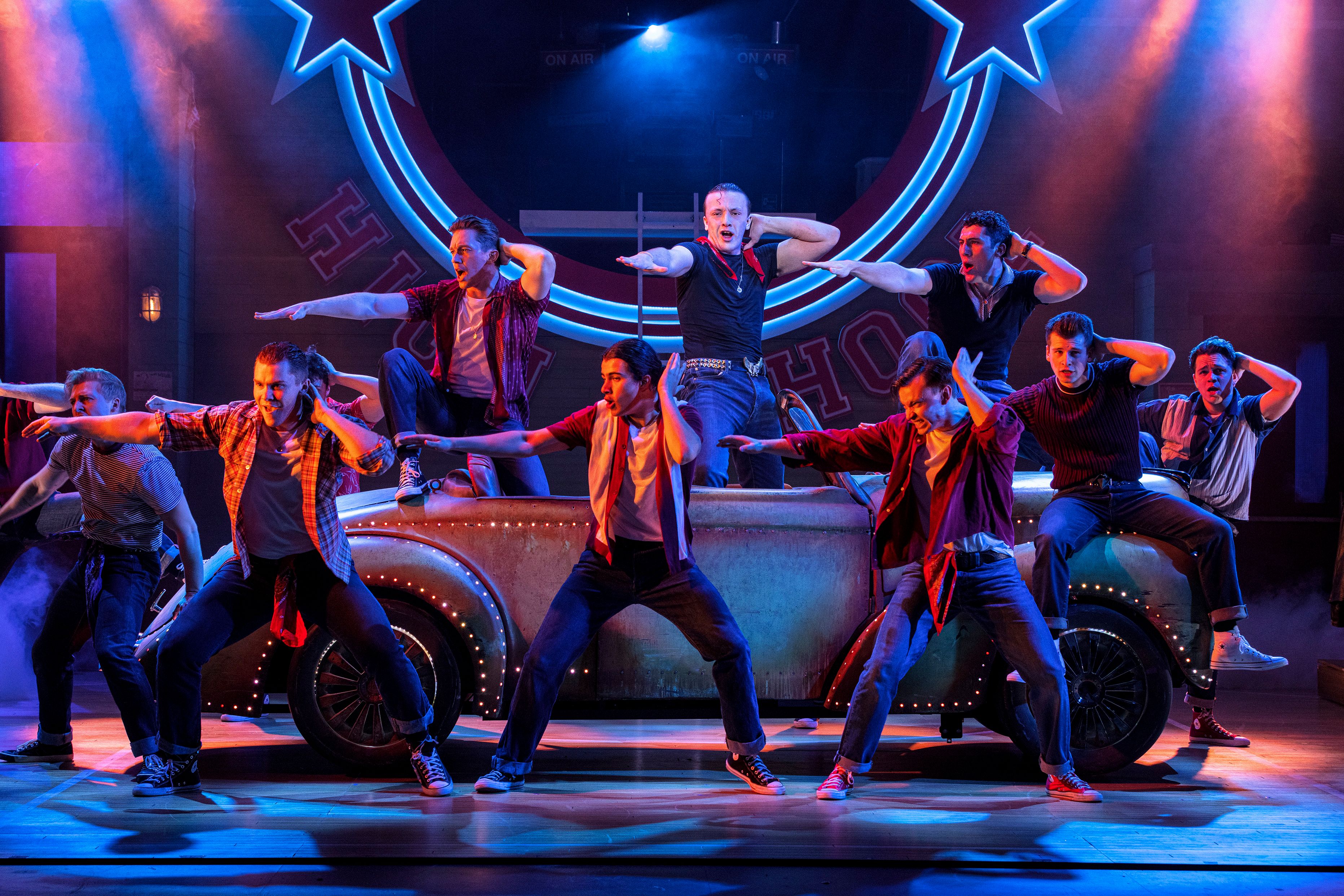 The show opened with projections of a beach on to the stage to introduce the summer that Sandy and Danny met, it was very cleverly done. The story of the original Grease film then had slightly been remixed or reimagined. However all the old favourite songs had been included so there was definitely the opportunity to sing a long, which the Nottingham crowd very much took advantage of, so much so you could almost declare those in the balconies the backing vocalists, especially during Hopelessly Devoted to you and Beauty School Drop out, much to the amusement of both the audience and the performers. 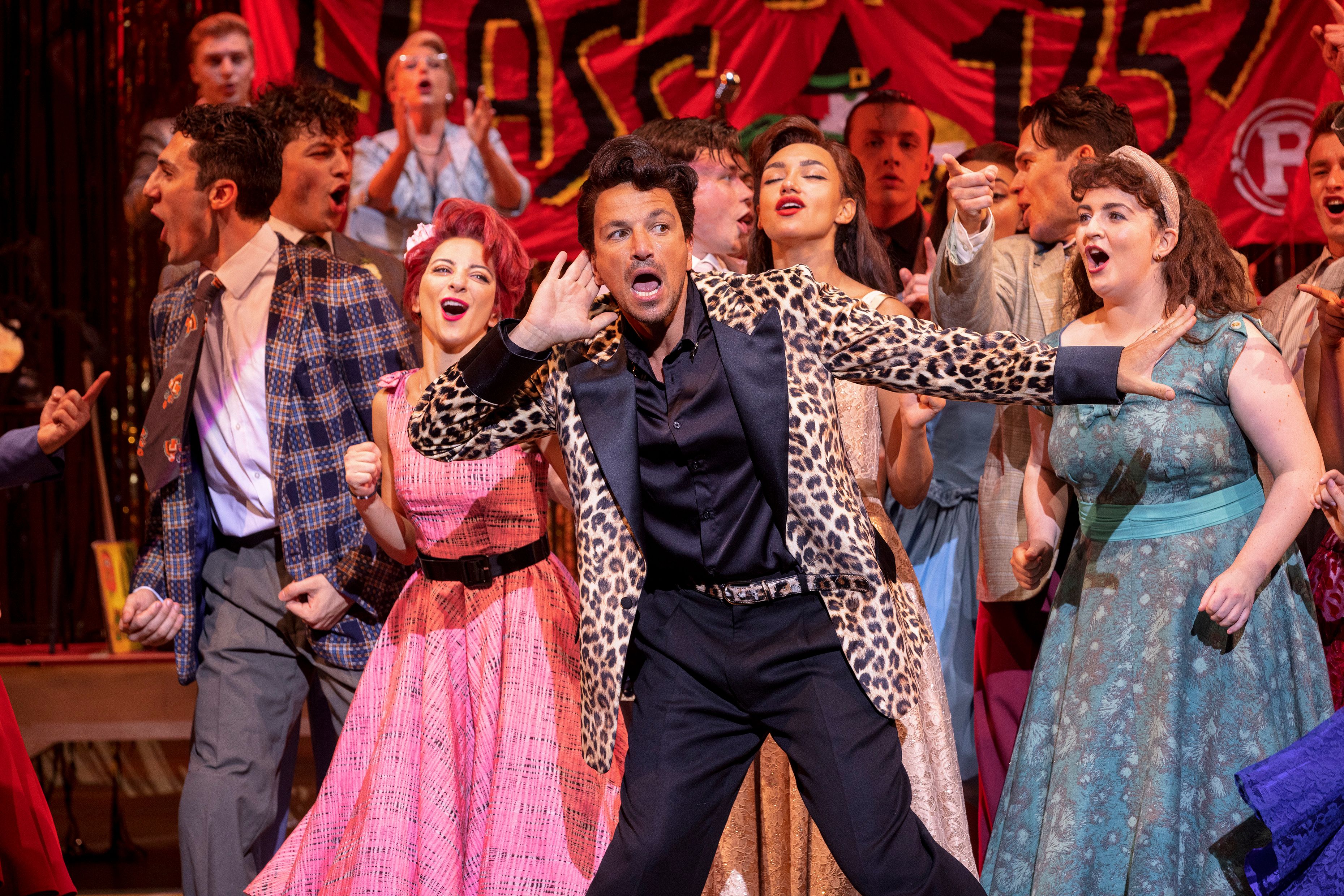 Peter Andre was the biggest hit of the night as Vince Fontaine and the teen angel, his fan club were definitely in. From his very first appearance he received a huge ovation with lots of wolf whistles and during a lull in the hand jive competition someone requested him to “show us ya abs”. It was all highly entertaining. 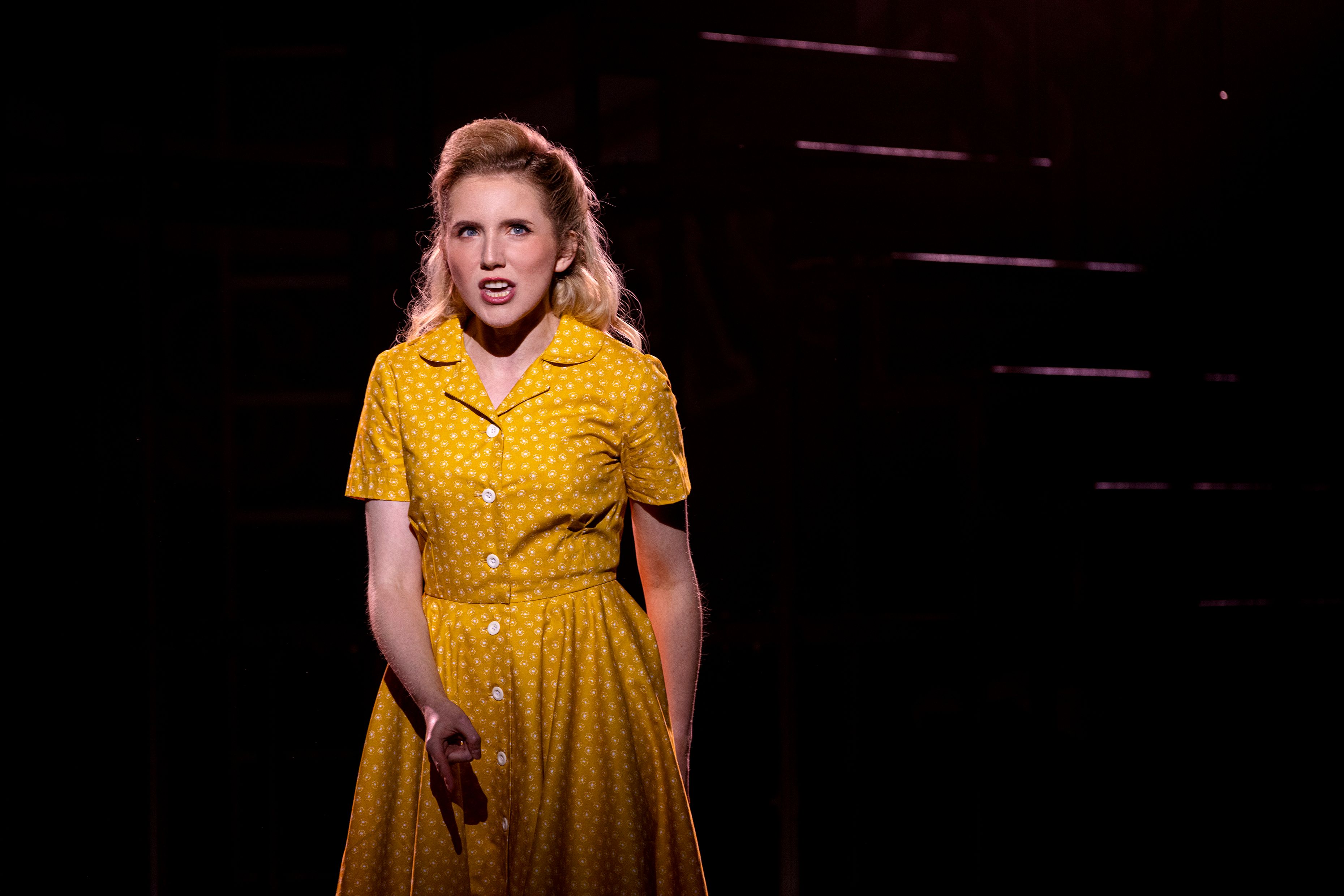 Whilst the show and performances were not seamless, with a few dropped props, it was overall highly entertaining and a pure delight to watch. Special recognition should go to Cristian Zaccarini as Sonny who was pure comedy and Georgia Louise as Sandy who whilst didn’t carry as much charm or sass (when required) as Olivia did have the most beautiful voice. One slight disappointment was the costumes, particularly during the You’re the One That I Want, Danny was not in his Jock gear and Sandy hadn’t really dressed up all that sexy, so it didn’t sit quite right. However my daughter absolutely loved Sandy’s dresses and the grease lightening car when it lit up.

It was my first experience of the theatre following the relaxation of Covid rules, so it was a little unnerving to be surrounded by so many people with no social distancing or measures in place, however I soon got used to it and it was a delightful to be back to normal!

Grease is showing tonight and tomorrow with tickets available at www.trch.co.uk