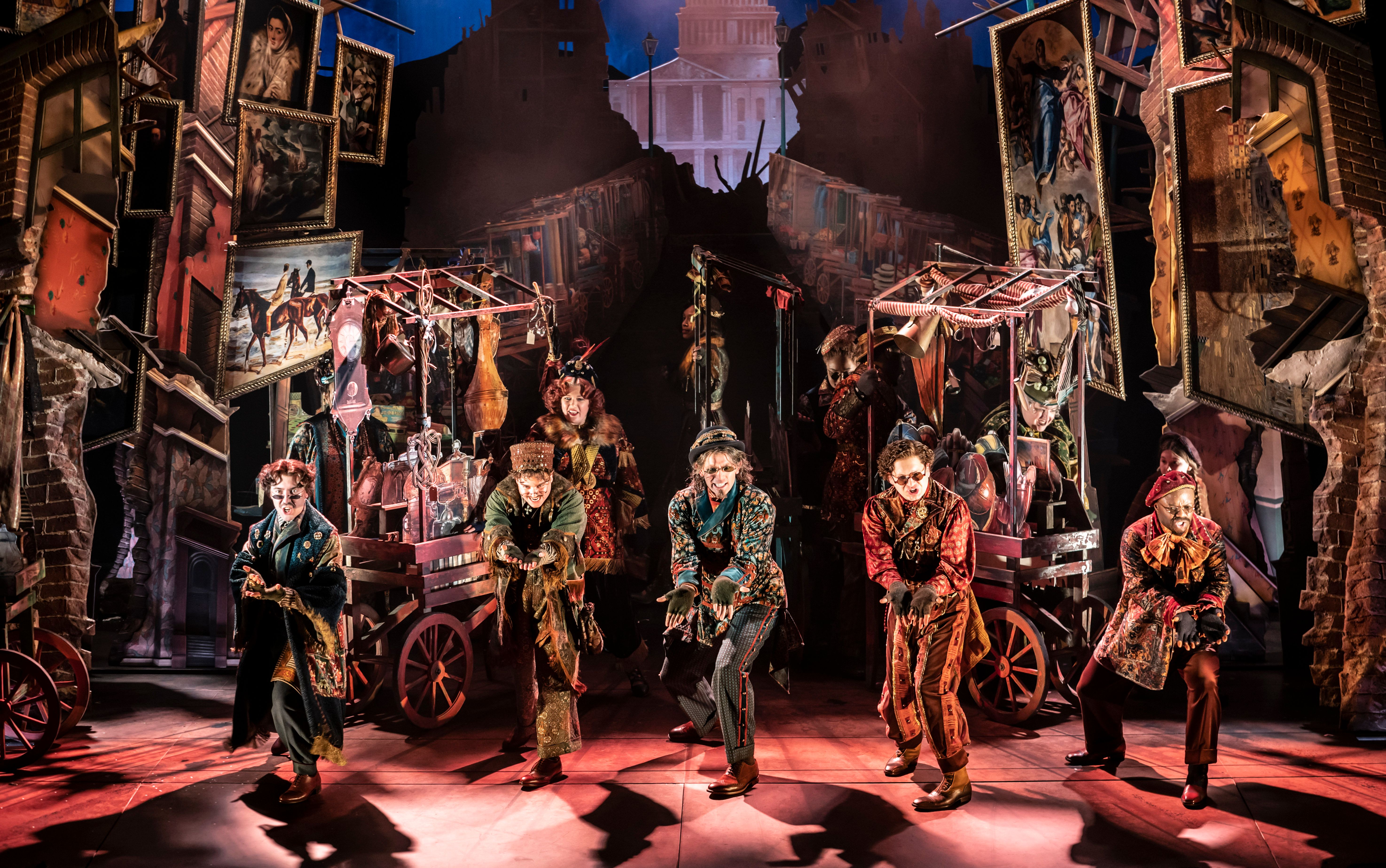 As a young child Bedknobs and Broomsticks was a film that I had taped off the TV and would watch on repeat; literally finishing it and rewinding it straight away. I would chant the magic spell at my slippers hoping, and believing, that eventually they would move of their own accord. They never did. Although I’m pretty sure my curtains twitched once, although that could have been a breeze from the window; I guess I’ll never know for sure.

For anybody wondering whether to go and see the musical, I’d highly recommend it. Now I must be honest and admit that I didn’t manage to catch the full show, just the first half, but I must stress this wasn’t due to being disappointed. (A rude comment from a fellow patron to my guest because they had to stand up for us to get to our seats five minutes before the show started put a bit of dampener on the night and gave her anxiety in case she needed a bathroom break, and then refusing to stand to let us pass when we did, didn’t help matters) 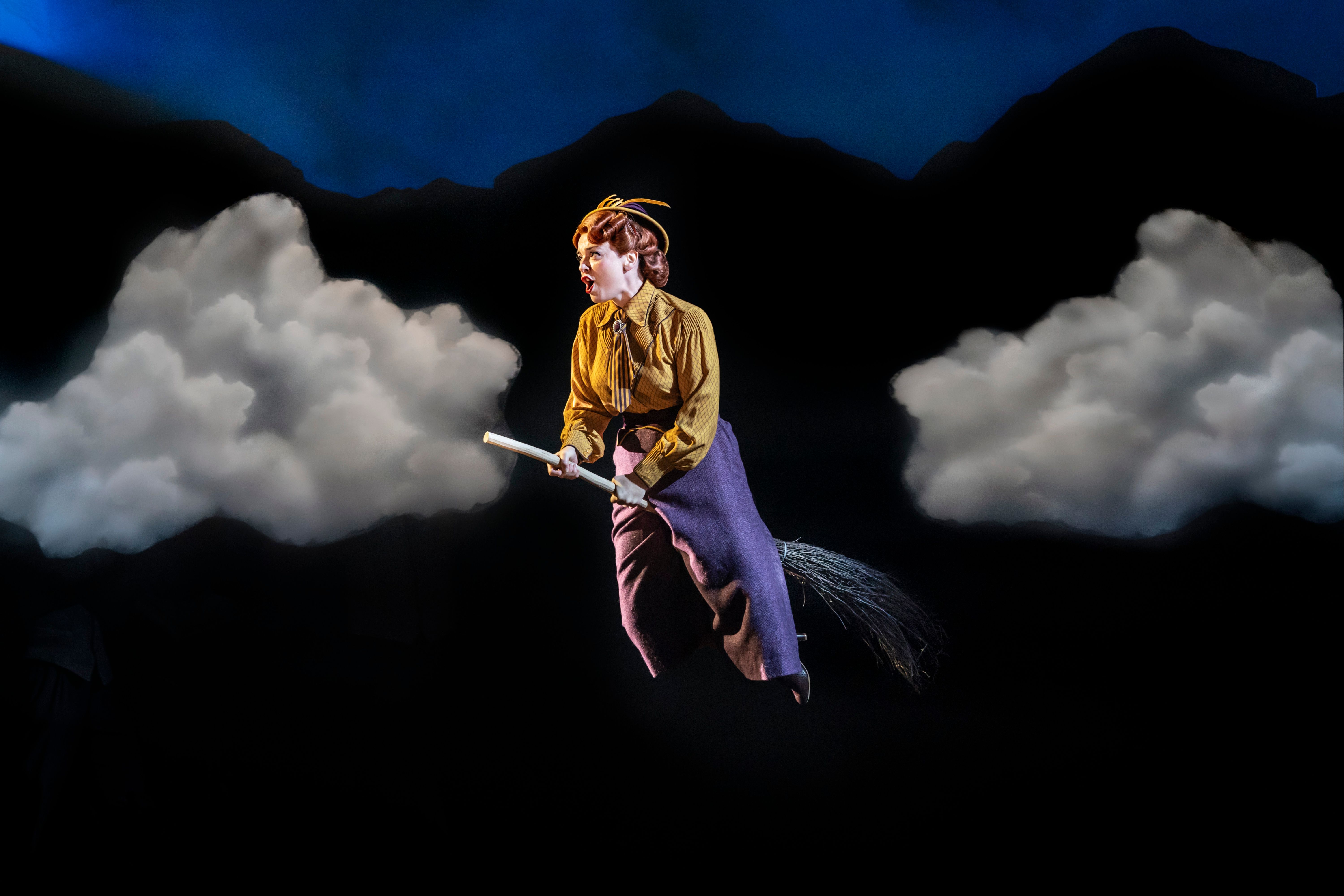 The show was quite magical for the first act, and funny to boot. A quick, but theatrical, transition from a London bedroom of the three children, through the blitz, onto a train, and arriving in the big hall we all remember from the famous Disney film. Miss Eglantine Price and her motorbike with sidecar making a dramatic entrance to give the children a lift home to their evacuee home. Charlie, the cocky cockney older sibling and his brief experience of what it’s like to own a fluffy white tail and twitching pink nose was brilliantly done; it’s not everyday you get to see a boy turn into a rabbit in front of your very eyes, and then in a puff of smoke turn back again! What really hit me right in the nostalgia though was the bed. It flies. Not only does it fly, but it comes alive with the magic of glowing orange that I so vividly remember from the films; it gave me goosebumps.

Although I didn’t get to hear any of the songs that would have taken me back, such as Beautiful Briny, and Portabello Road, there were some beautifully sung new numbers that helped tell the story in only the way a musical can. 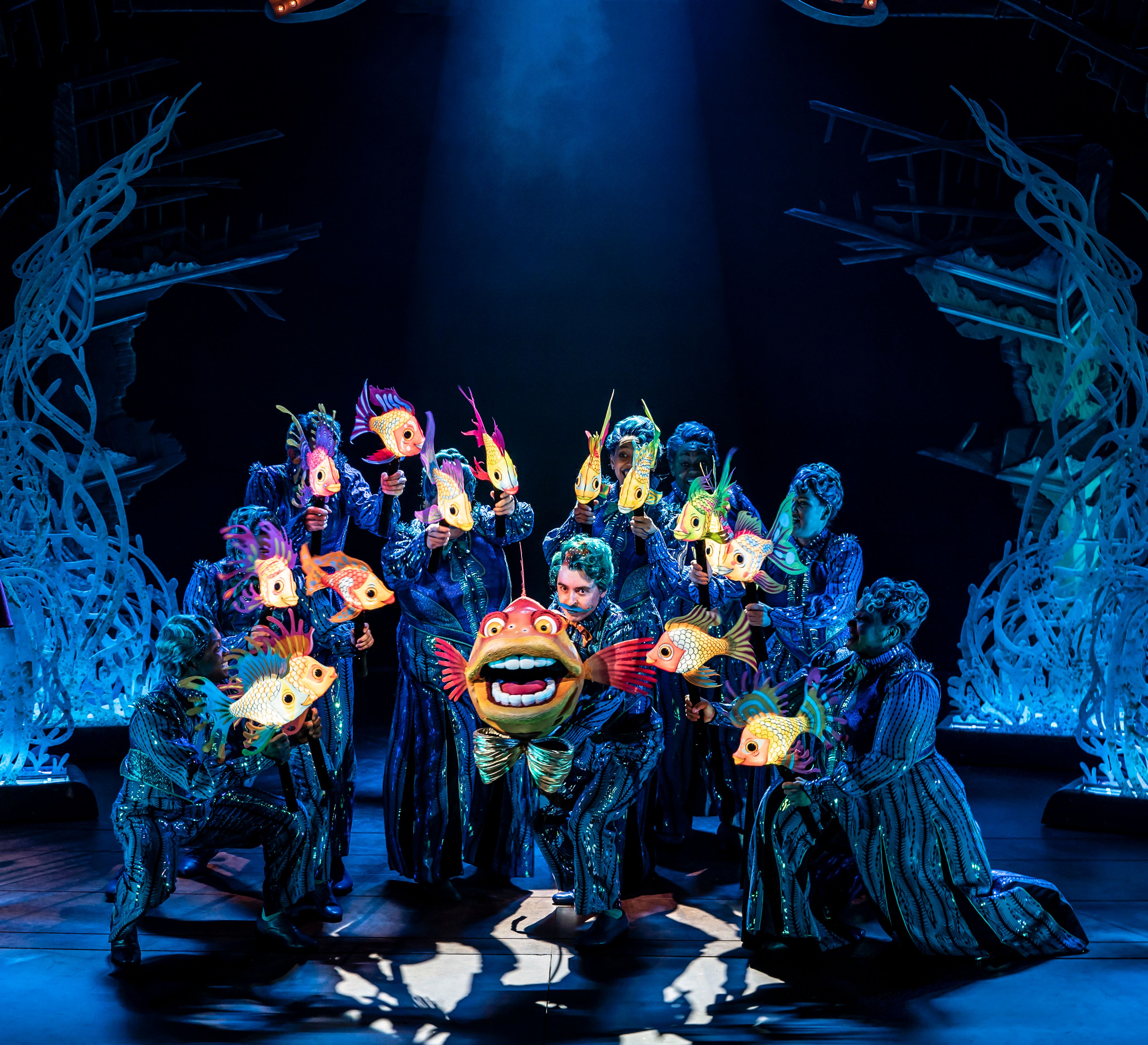 If I was impressed by the first half, I can only imagine how I would have felt to have seen the fish under the sea, and the football match brought to life. Not to mention hearing the Substitutiary Locomotion spell, ‘Treguna Mekoides Trecorum Satis Dee’, seeing the magic happen on stage and hoping, once again, that I can bring my footwear to life.

For more information and ticket (Sunday 10 October is the last night in Nottingham) please visit www.trch.co.uk