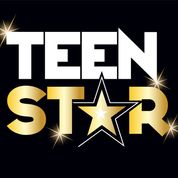 The TeenStar competition is the biggest search for teenage and pre-teen singers attracting over 9,000 entries each year in the UK, with prizes and opportunities for young artists looking to develop their talent. And it’s now going online and international!

TeenStar 2020 is going online and international!

TeenStar auditions are now being held online and anyone from around the world has the chance to audition and perform in front of thousands. The competition is exclusively for 19-year-olds and younger. Age categories are split to include pre-teens 12 and under and late teens 13-19 years old.

Auditions and shows will be streamed live across the TeenStar social media, including Facebook, Instagram and YouTube, plus partner platforms. Auditions will give contestants the chance to showcase their talent in front of industry judges.

Applications to enter this year’s competition are now open, with auditions beginning in June. Places are limited so make sure you enter now for your chance to win!

Win a place in the grand final!

If you make it through the auditions, you’ll gain a place in the live shows, with the chance to compete at the spectacular Grand Final and win the prize of £5,000!

Last year’s TeenStar winner was Teah who was crowned champion at The O2 in London.

The TeenStar singing competition is brought to you by Future Music, the company behind the discovery of artists such as Warner Music’s Birdy, Columbia Record’s Lucy Spraggan, Union J’s Jaymi Hensley as well as Courtney Hadwin finalist of America’s Got Talent. Plus, the winner of ITV’s The Voice, Molly Hocking and BBC’s All Together Now winner and UK’s Eurovision representative Michael Rice.

TeenStar is now open for applications, so if you’re a pre-teen or teen singer and think you’ve got what it takes, for more information and to enter go to: www.teenstarcompetition.co.uk