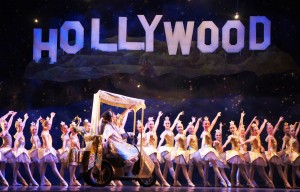 By the award-winning English Youth Ballet

English Youth Ballet (EYB) was founded in 1998 to provide professional performance experience for talented young dancers.   It previously won The Stage Award – for special achievement in regional theatre.  EYB has built a national reputation for the quality of both its full length classical ballets and mixed bill programmes.  The opportunity to watch English Youth Ballet (EYB) is a unique experience.  Sell-out audiences are treated to beautiful international principal artists sharing the stage with the top up-and-coming young talent from the local area.  EYB’s large cast ensures their ballets are performed with the scale and grandeur which was originally intended.  The company is made up of 8 professional principals and 100 selected dancers (aged 8 – 18) from the local area.  The young dancers are some of the top talents from the local area.  There are now ex-EYB young performers in some of the world’s best companies – including the Royal Ballet.

Set in the glamorous era of 1950s Hollywood movies, this lavish production draws its inspiration from the film star Grace Kelly who met Prince Rainier of Monaco at a press party and later married him. Cinderella is a seamstress on a film set and the Fairy Godmother is her late mother – a former movie star of the 1930s. Her wicked sisters are Hollywood starlets competing with each other for starring film roles. The Prince meets Cinderella at the press party but at midnight she flees from the scene leaving a sparkly silver pointe-shoe as the only clue to her identity.

·        The choreography, design and musical score

The choreography has been created by Director Miss Janet Lewis and her team of international principal artists who coach the young dancers.  The music combines Shostakovich Jazz Suites and Ballet Suites with memorable melodies from Hollywood films such as Tea for Two, Chinatown and Dancing in the Dark.  The stunning new stage designs for the ballet are by Sebastian Petit and the costume designs are by Keith Bish.

•             EYB have 8 principal dancers who have danced with major ballet companies all over the world.

•             In 2017 EYB visited 7 Children’s Hospital wards to give special preview performance workshops for the young patients.

•             EYB have 5 professional technical staff who tour to each theatre and ensure that the sets/costumes/lights/sound are of the highest professional calibre.

•             The female principals require at least 2 different pairs of pointe shoes for each performance.