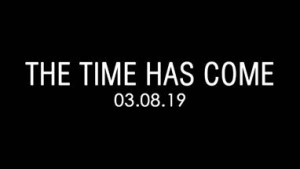 Lee Froch and Nathan Ward meet in a highly anticipated Heavyweight clash at the Motorpoint Arena on Saturday 3rd August 2019. Also featuring on the show are many more local fighters who can now showcase themselves on the big stage.

Froch vs Ward is often spoken about by the local boxing community with differing opinions. Boxing fans regard Froch as the more technical and skilled fighter, whereas Ward’s ferocious one punch knockout power and will-to-win is not to be underestimated. Froch and Ward are respectful, courageous and genuine guys who are putting it all on the line in order to win the vacant EBF International Heavyweight Title. The fans have wanted this fight for a long time and finally… ‘The Time Has Come’!

Local bragging rights are at stake between Rob Lamont and Jake Harrison in a contest that’s intriguing the people of Ilkeston. The former EBF European Champion, Lamont, who stands at 6ft 9 and over 20 stone, knows all about Harrison and has taken the challenge in his stride. Harrison is often spoke about on the boxing scene but is yet to prove himself on the big stage.

The show also features some of Nottingham’s best up and coming talent including Macauley Cartwright vs Conor Millward in a genuine 50/50 fight between two highly skilled operators. Cartwright will defend his EBF Midlands Title to Millward in a fight that’s receiving a lot of attention on social media.

Ty Mitchell needs no introduction to those in the boxing industry. Often seen sparring the likes of Tyson Fury and Dillian Whyte, he has proven to be levels above all his previous opponents up to this stage. Mitchell’s next challenge comes in the form of confident, West Midlands based Jon DP Shaw. The two have exchanged words on social media and both believe they have what it takes to win this interesting matchup.

Paul Stephenson vs Jake Gilbert promises to be an all action fight and potentially the best contest of the evening.  Stephenson is known for his toughness, durability and relentless punching, but Gilbert is confident that with a proper training camp and the right game plan he’ll be able to walk away the new EBF English Light Heavyweight Champion.

After proving himself at Super Middleweight, Vinny Glover now challenges for the vacant EBF European Middleweight Title. Glover, who has won numerous titles at Super Middleweight believes he belongs in the Middleweight division. Glover will come up against Tough, Durable Tom Berzins who has proven his worth and will be a tough night’s work for anyone. Another all action fight that promises to be explosive!

Tickets are on sale now, with prices starting from £34.80. All prices listed include admin and facility fee.

Tickets can be purchased online at
https://www.motorpointarenanottingham.com/Online/the-time-has-come or via 0843 373 3000 or in person at the Motorpoint Arena Box Office, Bolero Square, The Lace Market, Nottingham, NG1 1LA.