Light Hustle: All The World’s a Stage

Award-winning Cellist Sheku Kanneh-Mason has signed up to perform for the Light Hustle live stream festival on Saturday 4 April as the need for an emergency hardship fund for Nottingham’s creative community has intensified. 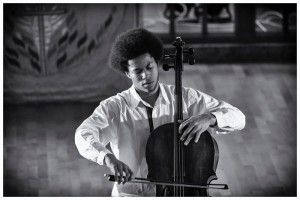 Light Hustle was born out of a collaboration between the Youth Music funded project Circle of Light and Hockley Hustle and was due to take place on Saturday 4 April. Now the event is going ahead as an all day digital live stream festival with the backing of the Nottingham music community including the newly announced Sheku Kanneh-Mason along with Adam Peter Smith, Alfie Sharp, Alice Robbins, Daudi Matsiko, Laurie Illingworth, Natalie Duncan, Nina Smith, Rob Green and Circle of Light artists. Other contributions will come from the influential and legendary hip hop MC and Circle of Light lead mentor Scor-zay-zee and Left Lion editor-at-large Bridie Squires.

The live stream gig will launch the emergency hardship fund in support of the city and county’s creative freelancers. With government support for the self-employed not due to be available until June, the hardship fund aims to bridge the gap for a whole community of musicians, sound engineers, promoters and other creative freelancers facing a complete and immediate loss of income. 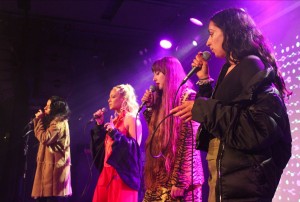 Sheku Kanneh-Mason, one of the brightest young stars on the classical music scene, became a household name worldwide in May 2018 after performing at the wedding of the Duke and Duchess of Sussex. He was the first artist to receive the new Brit certified Breakthrough Award, having sold over 30,000 copies of his debut album in the UK and surpassing 100,000 album sales worldwide. In January 2020, Sheku released his second album, Elgar, recorded with Sir Simon Rattle and the London Symphony Orchestra. On its release, it reached no.8 in the UK official album chart, making Sheku the youngest classical instrumentalist and the first cellist in history to reach the UK top 10.

Sheku said: “I’m happy to be supporting local musicians in these very difficult times. The creative and performing arts are incredibly important for all of us and we need to come together to celebrate and ensure their survival.”

As well as videos of performances from different places of isolation, many artists are planning to share new material inspired by the unusual times to show some positive ways of responding to the crisis. Hosted by comedian Mrs Green, the live stream event will start at 3pm, on both the Circle of Light and Hockley Hustle Facebook pages. The all day festival will be brought to a close with a set from four times world DJ champion Mr Switch, known for his closing sets at huge festivals such as Glastonbury and Bestival.

Hockley Hustle director Ben Welch said: “Our gig has been transformed into a digital live stream festival which will feature some of Nottingham’s finest talent coming together to keep the entertainment rolling and to help raise as much as possible for those in need. This is an opportunity for the city to show up and get behind Nottingham’s incredible DIY creative community.”

Tricia Gardiner, from Circle of Light, said: “Most freelance artists don’t have reserves to last out until June so this fund is needed urgently to help fill the gap. Most of the creative community have seen their work cancelled for the foreseeable future. So, we’re talking the basics here, a fund to help them pay now for food and other necessities to keep them and their families going for the next few weeks and months.”

With the whole of the creative arts sector facing a complete loss of income, the fundraiser is aiming to provide £100 hardship funds for artists and creatives across Nottinghamshire. To register for the fund, please email hello@hockleyhustle.co.uk

There will be an option to make voluntary contributions during the livestream event as well as donating to the Go Fund Me page.

So now set a reminder for Sat 4 April, and get ready to watch an inspiring response from the Nottingham music community.