Last week I finally got round to viewing the eagerly anticipated, and not forgetting free to everyone, “Rights of Nature” exhibition at The Nottingham Contemporary. Running from 24th January through to the 15th March, the exhibition explores Art and Ecology in the Americas, questioning the challenges faced by Mother Earth, those who rely on all that she has to offer, and addressing what we as humans, and those fuelled by greed have done to her. 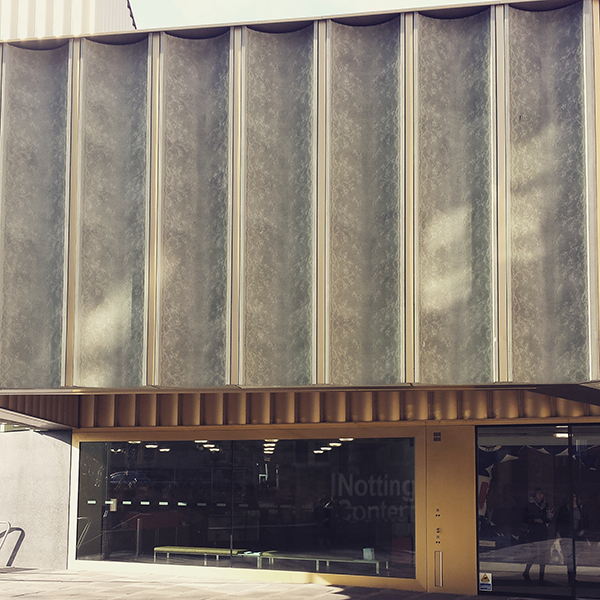 “Facing catastrophic climate change, runaway global warming, and environmental destruction, modern society appears locked in crisis. This exhibition reflects that crisis – a crisis that is at once ecological, economic, political, and cultural. It concerns our fraught relationship to the world around us – including the myriad life forms threatened with extinction, biodiverse habitats befouled by the fossil fuel industry, and the planet’s atmosphere filled with greenhouse gas emissions. All these are putting life as we know it at grave risk.

Viewing Earth as an infinite supply of natural resources to be freely exploited by multinational capitalism has, however, been increasingly challenged in recent years. Today, the rights of nature to subsist in a state free from destructive human practices are increasingly being recognized in environmental law as a means to save our fragile existence –even if many legal and political challenges remain.”

There is so much to take in on such a broad, yet ever growing subject. Each artist has expertly represented just what it is they are saying within their pieces. Every story being told, every plight being highlighted, takes us on a journey beyond our own garden gates. We are taken along explorative paths, we are made to climb mountains we’d never encounter, and be touched by the souls of others we would never meet in this lifetime. My eyes were taken on a rather colourful voyage through the passages of time and space, in a world so in need of a proverbial shake up, as well as severe care and attention. 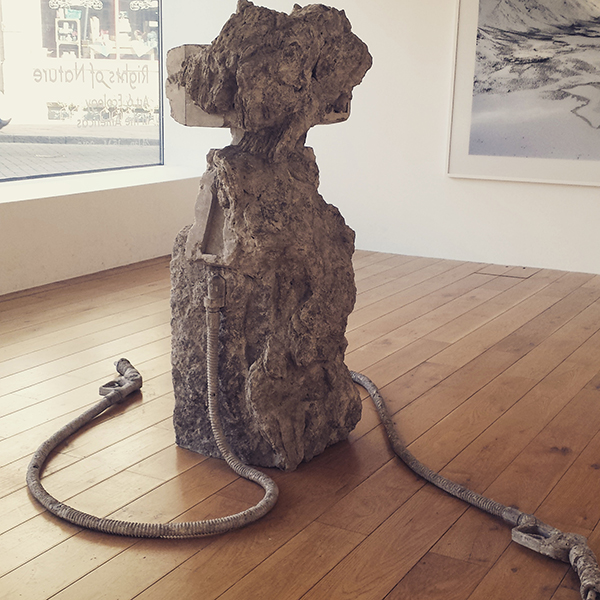 The artist contributions in Gallery 1 really stood out for me. It explores work produced in Regions around the Andes mountain range. The works by the 5 artists on show Harun Farocki (Germany 1944-2014), Walter Solon Romero (1927-1999), Ala Plastica (Argentina), Jimmie Durham (Naples/Berlin) and Darren Almond (UK) draw you into a world so peaceful, and so calm, yet the fractious underbelly that nature and society has endured lure you into the exploration of political corruption, corruption of the military, the disordered structure of society throughout history, and not to forget mass genocide that has taken place. 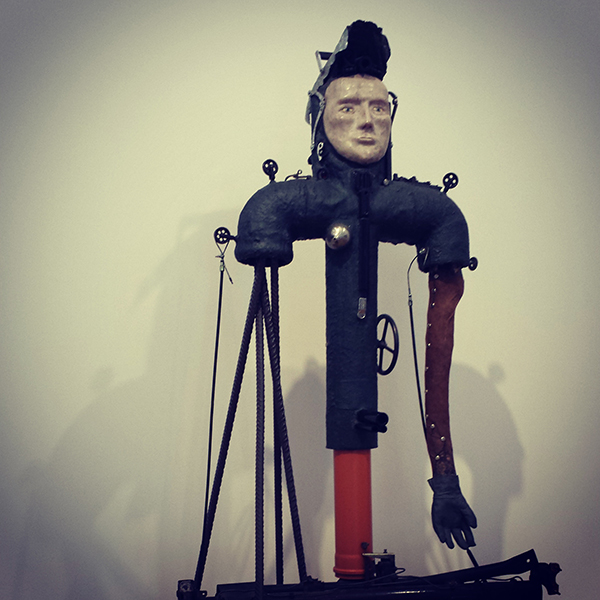 Two artists particularly grabbed my attention, the first being Walter Solon Romero. A leading artist from Bolivia who created his drawings primarily on bark paper, depicting people and land violently subjugated by Conquistadors. His work is bold, thought provoking, and speaks out loudly for a generation that often didn’t have a voice and the rights to use it. A generation held back in the shadows of corruption by the military. His paintings are simplistic in creation, yet flawless in delivering just what he was portraying about the world around him. His lack of the use of bright colours in his images brings about the dark undertones of just what a generation had to endure.

The second artist was Darren Almond, his large over scaled photographs of views of the Patagonian region of the Andes, although taken at night, create the ultimate illusion, drawing us in to believe they were actually taken in daylight. The long exposure times bring us into a seductive view of the landscape. Yet in a wider context suggest a world without us, an imagined world after we as humans have long gone. Darren’s approach to his subject matter doesn’t appear to be overly conventional; it’s blurred in places, over exposed in some areas yet works for the level of attention he’s commanding. I personally could have viewed his images for hours, just to dissect every last detail, and applaud all it encompassed. 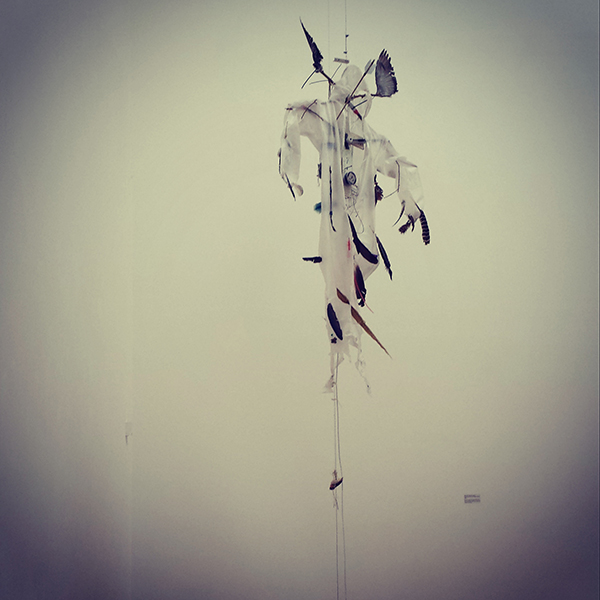 A fabulous addition to the exhibition was Miguel Angel Roja’s El Nuevo Dorado (The New Eldorado) large abstract painting. Made up of square sections of Coca leaves from which the Class A drug cocaine is derived, on which the Amazon River is shown in gold leaf. Although abstract in its delivery the painting portrays the allusion to the clearing of large areas of Colombian rainforest for informal coca farming and gold mining. The concept of the painting lends itself to depict the notion of the vast growing greed of man (through illegal practices that often go unchallenged) without thought for the land, those cultures affected that have survived side by side with nature for generations, nature that’s helped shape the land for many centuries. This paves the way for a deeper meaning within Roja’s works allowing the viewer to question “At what cost is sacred land sacrificed?” The vast expanse of the painting, although very basic in its nature, gives way to demand so much more interactive questioning. A prominent piece in the gallery that certainly grabs the attention it deserves.

A must see installation as part of the exhibition is Allora and Calzadilla’s present 2 Hose Petrified Pump, a life-size sculpture of a petrol pump in stone- a post-apocalyptic monument from the future, to our fossil fuel age. The installation was created to highlight that the actions of humans have a greater influence on the formation of the Earth’s strata than the planets own natural forces. The intricacy and design of the piece draws you in to contemplate a world that isn’t always going to give us what we want and so often need for the natural order of our daily lives, products such as petrol, gas, oil etc. These natural resources could indeed eventually run out. We have freely taken from all that the natural world around us has given us for centuries and the time has come to question what next? Allora and Calzadilla’s bold stone statement will certainly stop you in your tracks, transcend you into another world, and really make you think, what if!

From video installations, interactive pieces, photographic memoirs, newspaper cuttings, and historical findings, the exhibition has something for everyone. Make sure you witness all it has to offer before the 15th March. I can safely say you certainly won’t be disappointed. Oh and don’t forget to make a donation on your way out!