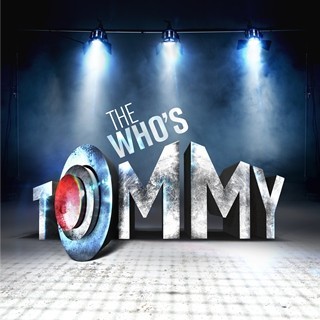 Based on the iconic 1969 concept album, The Who’s Tommy is the multi-award winning rock opera written by Pete Townshend. TANYA RAYBOULD went along for NottinghamLIVE

One of the great cultural treasures of the late 20th century. This rock musical was initially staged a decade after the release of the concept album, now with an outstanding cast of 22 performers and musicians, this story of the pinball-playing boy has been revived with vigour by Kerry Michael for the phenomenal Ramps on the Moon.

Ramps on the Moon is a large scale national project which has grown from a long collaboration between the New Wolsey Theatre and Graeae, a disabled-led theatre company. Their groundbreaking productions have a large ensemble combining equal numbers of deaf, disabled and non-disabled performers and creative team members.

The result is a liberatingly,  brilliant performance. I had never previously seen the Ken Russell film version, or the stage production, but musically most of us know the famous lyrics which tell the story of the “deaf, dumb and blind kid”, traumatised by witnessing his Fathers murder, shocked into his disability, and who eventually becomes an international pinball wizard, hailed as a new messiah. The amazing diverse cast, some in wheelchairs, some voiced by other performers – breath new and eye-opening life into the story and make sense of the show in the modern world.

Whilst the production remains faithful to the original, it embraces the use of signing and audio description. The way in which some characters are voiced adds another fascinating layer. Ok, so technically the original story doesn’t really make sense, but it isn’t afraid to pack a punch. Subtlety is not invited to this party. 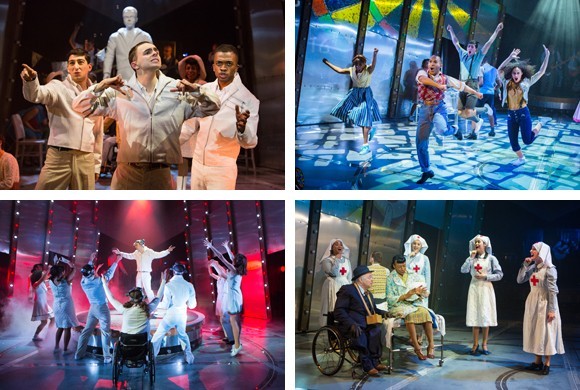 The story begins in 2017 as disability benefits are being cut, before we kaleidoscope back to the second world war and the relationship between Tommy’s Mum, Nora with Captain Walker, who goes missing in action, presumed dead. Four years later he returns home to find he has a son, Tommy, but after a fight breaks out with Nora’s new partner, Frank, Captain Walker is shot. His death witnessed by Tommy in the mirror. Walker proceeds to haunt Tommy with the musical refrain ‘See me, feel me, touch me’.

William Grint is outstanding in the title role, telling the story emotively and fantastically  as Tommy suffers abuse at the hands of his sadistic and creepy relatives and is subjected to the arrogance of medical science. The characters singing voice is provided by Julian Capolei and Mathew Jacobs-Morgan, which adds another dimension to his internal struggles.  Amazing vocal talent comes in the form of Natasha Lewis as the Hawker and the falsetto voice of original cast member Peter Straker, as the brilliant, over-the-hill drag act, who gets the big diva number, the role now deservedly fleshed out in this version with the addition of a brand new song by Pete Townshend which sees her return in Act Two.

The incredible show also makes clever use of Neil Irish’s dazzling folding, metallic set. A powerful musical score is delivered by the fabulous live band under the musical direction of Robert Hyman.

Ramps on the Moon have to be one of the most important and exciting theatre happening. Electric performances push the boundaries and then some in this spectacular performance which had the audience on their feet for a thoroughly deserved standing ovation.

Tommy runs at the Nottingham Playhouse until 29th April http://www.nottinghamplayhouse.co.uk/whats-on/music/tommy/

Theatre Review: Crazy For You – The Theatre Royal Nottingham