So the last time I was at the theatre I was watching panto. The upbeat festivities permeating into the crowd at the anticipation of the Christmas season was underway. But now it’s January, and we’ve all got back to reality. The stage is set for murder, far more fitting for a cold January evening.

The play is The Mousetrap, an Agatha Christie play that premiered at Nottingham’s Theatre Royal in 1952 and has been touring ever since. The play brings together a cast of wildly varied characters giving the feel you are watching cludo being played in front of you. The first act is about building the characters stories and personalities which is done on a slow burn to allow greater interactions and allowing the audience to theorise the next move.The second act charges forward like a bull out of a gate leaving you reeling with whodunit. 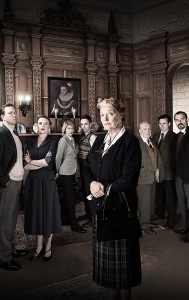 There are wonderful performances from the whole cast but I especially enjoyed the animated Oliver Gully and Gregory Cox with Louise Jameson as the nightmare customer Mrs Boyle doing a star turn.

Obviously, I’m not going to tell you how it ends, you don’t tour a play for 60 years by letting the secrets out. Suffice to say it ended with rapturous applause and long may The Mousetrap’s legacy live on!

The Mousetrap is running until 23rd of January, go see a piece of history play out before you. Tickets available from