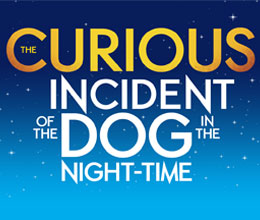 This National Theatre touring production of the play version of Mark Haddon’s book The Curious Incident of the Dog in the Night-Time adapted by Simon Stephens turns theatre on its head and spins it round sparkling. It currently resides at the Nottingham Theatre Royal until April 11th.

Technically it is superb, not only the dynamic cast headed by the very talented Joshua Jenkins as Christopher Boone but also an amazing set design by Bunny Christie. Christie’s technological work of art is used in a variety of ways including some amazing projections to add sense to Christopher’s state of mind and confusion. The stunning video design is by Finn Ross augmented by equally sensational lighting sets by Paule Constable. Adrian Sutton provides the music which links each short scene in the play, often changing moods on the spin of a foot. Sound design is by Ian Dickenson (Autograph). Dickenson’s design allows for some powerful changes in the play and at one point almost literally blew the audience away. 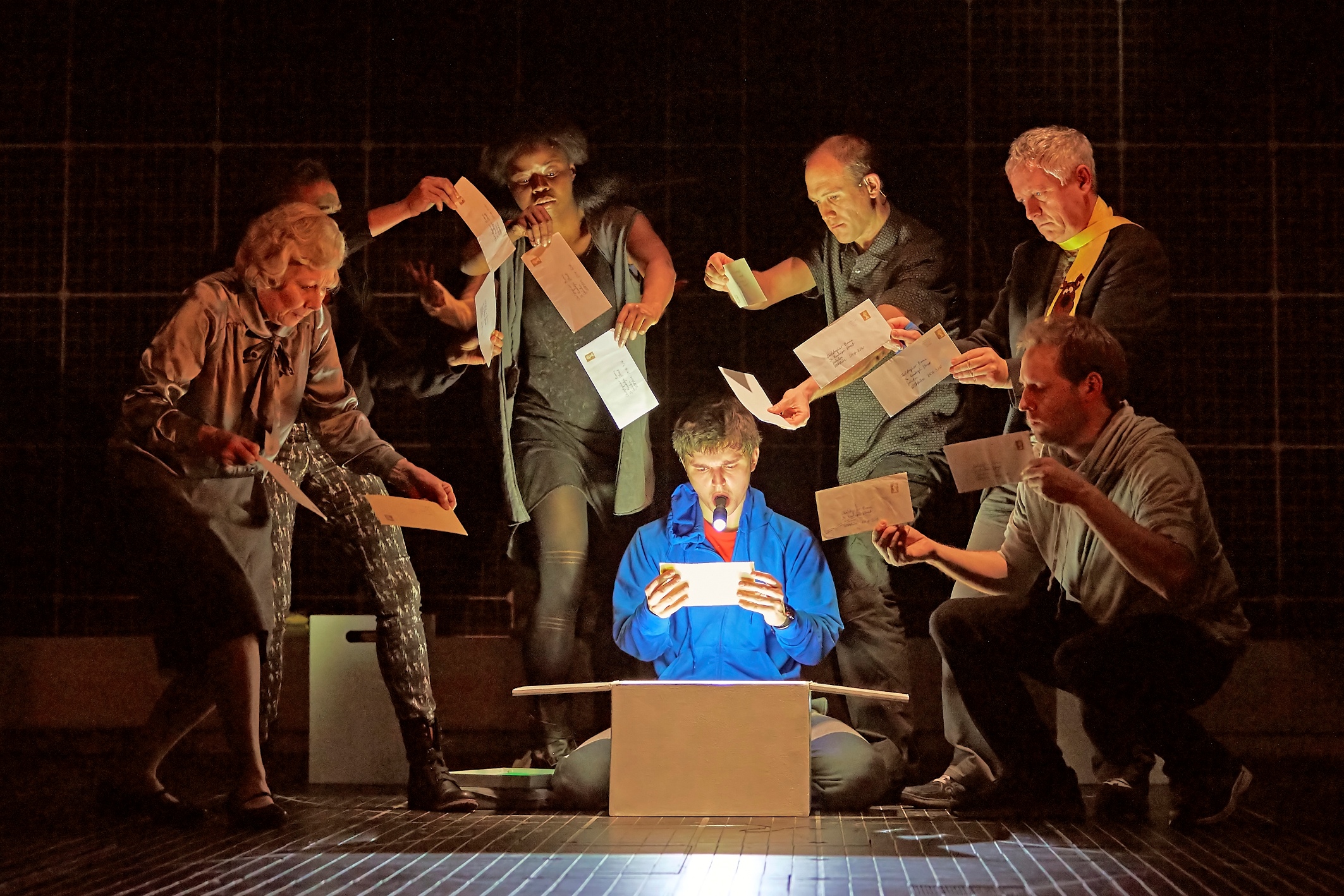 Steven Hoggett and Scott Graham are the movement directors (Frantic Assembly) essential to a work of theatre made so compelling by the movement dynamics of the cast which at many points are utterly magical. As Christopher is lifted into the air and moved around the stage with a backdrop of stars you’d believe a boy could fly – and his rat Toby too.

Apart from Jenkins as Christopher there are a cast of eleven actors all playing specific roles and ensemble. As well human understudies taking part during the tour Toby the rat is also played by two very cute and talented rats, Starsky and Hutch. ‘Cute rat’ I never thought I’d ever get the chance to write that as a reviewer!

In the story of Christopher Boone and his abilities and disabilities actor Stuart Laing as his father Ed shines as a man at the end of his emotional tether having lost a wife and now having to deal with a constantly agitated son. In one silent scene as they looked up at the sky between them the silence spoke volumes. The play is a very active and totally engaging piece of theatre and all of the gifted cast are to be applauded for their constant energy, movement skills and humour in the portrayals. It is a piece that really makes you think about how people with autism or Asperger’s perceive life and it is put across with great drama and much humour.

Mark Haddon’s best selling story is brilliantly brought to the stage by Simon Stephen’s writing and the thrilling work of the National Theatre and Nottingham is lucky to get a chance to see such multi-talents on the Nottingham Theatre Royal Stage. I implore you to stay after the curtain call for five minutes to hear and see Christopher’s gutsy and proud explanation of how he solved the A level maths question. It is worth the admission fee alone.