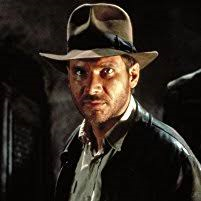 Royal concert hall Nottingham Raiders of the lost ark, the first Indiana Jones adventure is back with a full symphony orchestra, bringing John Williams’ epic score to life again for one night only.

Fighting the urge to sport my fedora for this one off show, we take our seats in front of the big screen in excited anticipation of what is to come. Its been a while since I’ve watched an Indiana Jones film but growing up I was an absolute disciple!

Raiders unarguably is one of Spielberg’s best films and still stands up today. We are treated to John Williams at the top of his game already having Star Wars and Superman in the bag as seminal scores of music.’ Raiders’ carried on this legacy and was an absolute triumph! The excitement on the edge of your seat action fires on all cylinders as you watch the original tomb raider searching for the arc of the covenant before the Nazis find it first.

The Czech Symphony orchestra conducted by Ben Williams brought the score to life as only a live performance can. The scenes played out with even more intensity and by the end, as the pace quickened for the ‘Indy march’ the audience is beaming with admiration.

A standing ovation followed the final notes as the rolling credits ceased and the energy of the crowds admiration of the performance was electric.

I thoroughly enjoyed the evening and I was back in awe as I was when I first watched the film. If you get a chance to catch the tour you won’t regret it. What better than a John Williams fanfare as you watch melting Nazis? Happy hump day to me!

For upcoming shows and event at the Royal Concert Hall please visit www.trch.co.uk