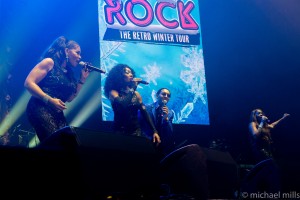 Three and a half hours of rock nostalgia. Twelve high calibre acts shared a fabulous house band, the audience, me included loved it!
Having such a great house band meant that the break between the acts was kept to a minimum two minutes at most. 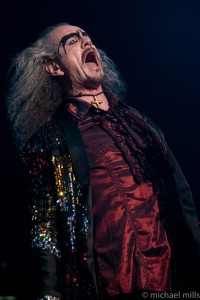 Hosted by Pat Sharpe and Dave Benson Phillips, Dr & The Medics got the concert off to a great start, beginning their set with a cover of the Slade classic Merry Christmas Everybody, we were then treated to their hit ‘Spirit in the Sky’, a UK number one. 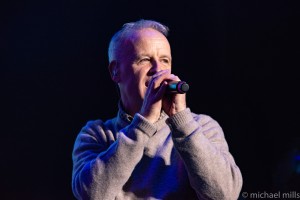 Next on was  Peter Coyle ex Lotus Eaters with another crowd pleaser, ‘First Picture of You’, to be honest’ I couldn’t remember it but shall listen again on spotify for sure. He also covered Mister Blue sky, another great tune that always gets the crowd on their feet. 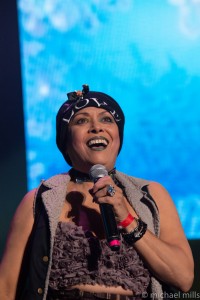 Bow Wow Wow’s,  Annabella followed on, with the song ‘I want Candy’, by now nearly everyone was out of their seats and dancing and singing along. 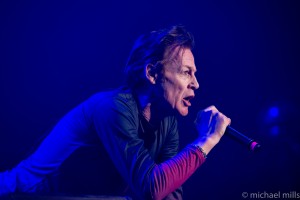 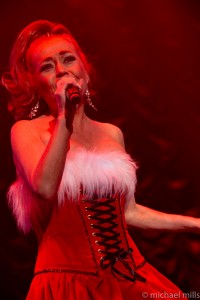 Skelmersdale’s Sonia took to the stage in a really festive mood with her pretty Santa outfit giving us the number one she had in the UK charts at the tender age of 18,  the Stock, Aitken and Waterman penned You’ll Never Stop Me From Loving You which went down a storm. 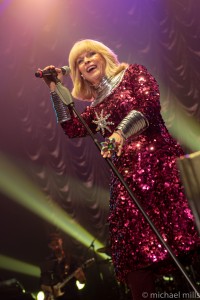 Four time’s Brit Award nominated English musician, singer, songwriter, actress, producer, author and ageless Toyah Wilcox is up next and in great form, with ‘Its a Mystery’ and I Want to be Free’. 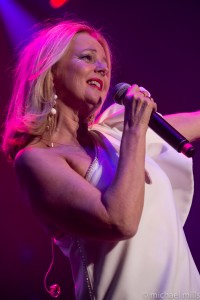 Another great sound from 1981 was Altered Images. Clare Grogan cranked up the “Feel good” vibe with Happy Birthday’ and of course ‘I could be Happy’. 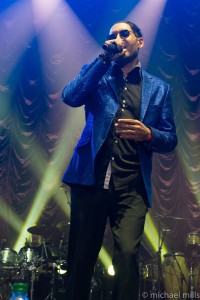 To close the first half was the original line up (so we were told) of Boney M. They put on quite a show giving us ‘Daddy  Cool’ ,’ Brown Girl in the Ring’, and of course ‘Rivers of Babylon’, from way back in 1978. ‘Mary’s Boy Child’ was a notable absence but time is short when you have such a conveyor belt of stars.
A quick break of no more than 12 minutes and the lights dimmed again. 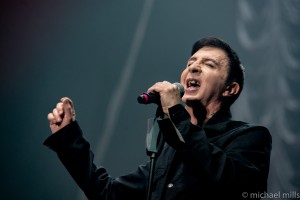 Marc Almond OBE was fabulous, with hits ‘Tainted Love’ with a bit of The Supremes’ ‘Where Did Our Love Go?’ thrown into the mix, Something’s Gotten Hold Of My Heart, ‘Jacky’, ‘Say hello Wave Goodbye’ Everything you’d expect from a seasoned pro like Marc. 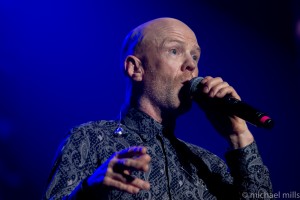 Next was no doubt the high point of the concert for me was  Jimmy Somerville, he was to put it mildly bloody fantastic , his voice dancing banter all superb, I was blown away by him as was most of the audience , ‘Don’t Leave Me this Way’ , ‘You make me Feel’ and more , his falsetto voice even better than ever, disco fever was by now in full swing. 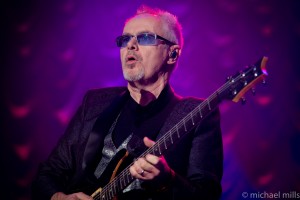 Nik Kershaw came on next and even he recognized Jimmy was a very hard act to follow but he did great with such hits as’ I wont Let the Sun go Down on Me’ and the hit he wrote for Chesney Hawkes. ‘I am the One and Only’. 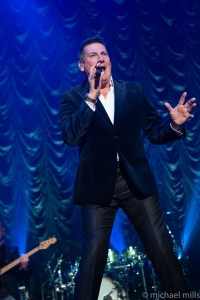 By the time Tony Hadley came on at past 10.30, have to honest I was flagging. He began with Merry Little Christmas then performed a new track to which most was blank and sat down,  oops. Quickly back up though for Through the Barricades. He was accompanied on stage by the very talented percussionist and backing singer Lily Gonzalez , she performed all night and was phenomenal. Hadley apologised for his time restricted set (due to the show overrunning) and finished off the night with a great version of Santa Claus Is Coming To Town.
Let’s Rock – the Retro winter tour 2019 was indeed a great night out, exhausting but fun filled and fantastic value.
Retro Let’s Rock has  2 more gigs this winter ,  Wembley and  Glasgow in the summer  14 they will be at  more great venues up and down the country.