It’s becoming a regular occurrence, especially in Nottingham, that some of the greatest acts to grace our city tend to perform in venues relatively unheard of to most, which is a curse and a great privilege at the same time. Though it means many may miss out on an opportunity to see amazing performances, those in attendance are mesmerised and captivated by the talent and sonically satisfying music these great artists express. This was certainly one of those nights. 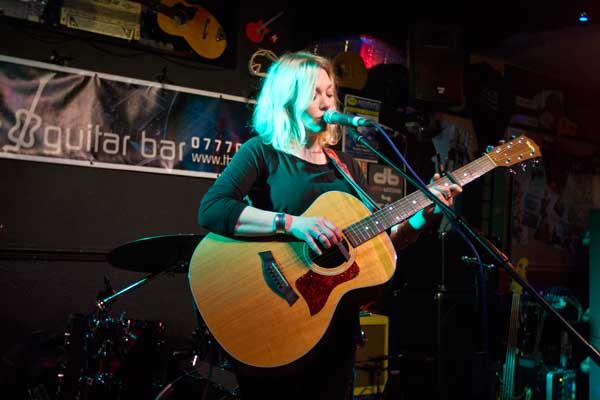 The Listeners – photo by Stephanie Webb

To start the night was Emma Thorpe, a solo acoustic guitar act, performing under the name THE LISTENERS. What was instantly noticeable, even after having heard a single utter of her voice, was its delicacy and soft tone which was easy to listen to and is definitely what you would want to listen to whilst unwinding after a long day. The delicacy of her vocals, similar to those of ‘Simone White’, complimented the clean sound of her guitar and was pleasant to listen to. ‘Pony’ is founded upon chord fingerpicked guitar progression – combining intimacy and creativity into a sonic concoction of pure delightfulness. ‘Say It Like It Is’ sounded smooth and crisp, with the vocals in the verse really helping to build the character in the song and worked as a great transition into the catchy lyrical hook found in the chorus. Though she did start the song softly, as the song progressed it had an edge and bite to it. Its catchy chorus lyrical hook gave something for the audience to grasp on. 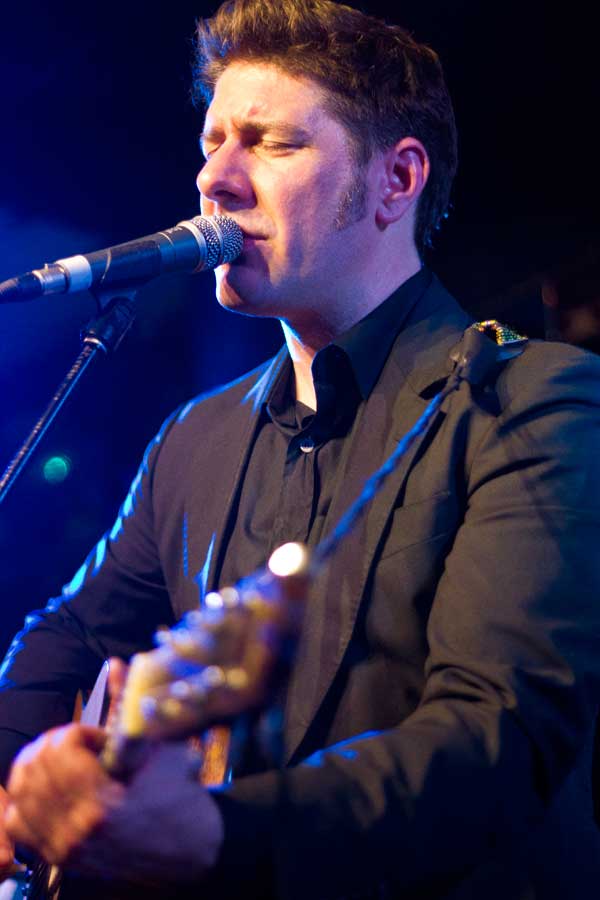 After recently having received notoriety from the release of his solo album ‘Something/Nothing’, HUW COSTIN returned to Nottingham alongside his band ‘Torn Sail’ to give everyone in attendance a night they would not forget. Huw Costin & Torn Sail’s performance was sure to consist of a remarkable combination of both relaxed and soothing musical elements and up tempo aggressive choruses. Though a vast majority of the songs performed throughout the evening entailed psychedelic acoustic guitar motifs, funk bass hooks and rhythmic drum beats, ’Leisure and Technology’ had a high energy and adrenaline fuelled feel  portraying emotion through powerful lyrics, tight delayed guitar melodies, acoustic chord changes, harmonising vocals and QOTSA-like rock drum beats. ‘Disconnected’ saw a pleasant change of have rhythmic chord elements at the forefront of the performance, rather than a flurry of musical elements that just mask over the beauty of simplicity. The eerie delayed and reverberated guitar continued to portray that sense of mysticism whilst the driving pace of the drums kept an upbeat and energetic feel. ‘Birds’ was a psychedelic blend of acoustic guitar and mystifying reverberated vocals, taking it in turns with other musical elements to take the forefront of the track. This song seemed to extend past its usual duration in length, which seemed to have the audience transfixed; it seemed that everyone was distanced from reality and upon the song ending made people realise the true power of music; to portray emotion and captivate music lovers alike. An incredibly smooth yet penetrative sounding bass retained the interest throughout the long duration alongside electric organ solos.

Both acts gave great performances that were a pleasure to watch. It was surprising to see the innovate use of dynamics throughout both performances – it would certainly educate the unemotional youth, brainwashed by the over-production of modern day recordings. This should be a message to everyone that though events at small venues such as these may go unrecognised by most, those able to attend have an experience that can never be taken away from them!

Review: Dick Venom & The Terrortones – Invasion of the Spider Queen