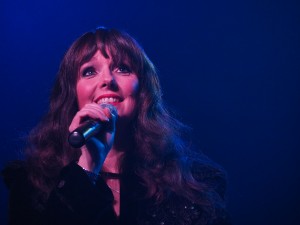 Literature has always been a good source of inspiration for musicians.

Who can forget the tearful ‘Bright Eyes’ by Art Garfunkel, based around Watership Down, Elton John’s homage to The Wizard of Oz with ‘Goodbye Yellow Brick Road’ and Jefferson Airplane’s Alice in Wonderland pastiche, ‘White Rabbit’. Even caped keyboard king Rick Wakeman wrote an album about Orwell’s dystopian novel 1984.

But possibly the most famous interpretation of a classic novel is Kate Bush’s debut of Emily Bronte’s Wuthering Heights. That timeless story of Cathy Earnshaw’s undying love for the gypsy Heathcliff, which was realised in January 1978 ago and stayed at number one for four weeks. And so began the mystery, adulation and awe of the 19 year old doctor’s daughter from Welling in Kent, who began writing songs at 11, and was famously championed by Pink Floyd’s David Gilmour, and helped her to get a recording deal with EMI. 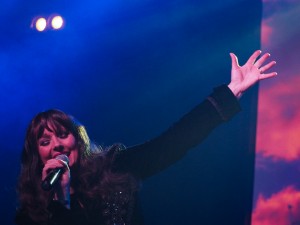 Kate was a rising star, and produced several albums before disappearing from the limelight in 1993. She resurfaced in 2005 with the release of the single ‘King of the Mountain’ and her eighth studio album Aerial. During this hiatus, Kate got married and gave birth to a son called Albert.  Not one for touring, Kate undertook a series of sell out concerts in 2014 at London’s Hammersmith Apollo. So the only way these days of seeing Kate Bush live is with a tribute band. And one of the very best is Cloudbusting, with Mandy Watson, who I saw at Nottingham’s Rescue Rooms on Saturday Night. 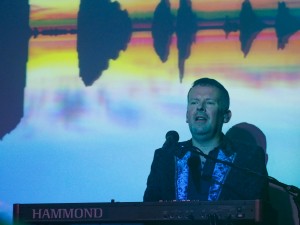 Formed in 2012, the band’s desire is to bring Kate’s music to a live stage. And that’s exactly what they did to an audience of a certain age.  They started with the 1985, top 3 hit ‘Running Up That Hill’, then ‘Be Kind To My Mistakes’ from the Hounds of Love album. The crowd-pleaser ‘Wow’ from 1979 came next, followed by ‘Army Dreamers’, plus seven more songs before the 20 minute interval.

Side two of the gig began with Kate’s comeback single, followed by ‘And So In Love’, ‘The Saxophone Song’, and the haunting ‘Man With the Child in His Eyes’. Kate made a duet with Peter Gabriel, but as the ex Genesis singer wasn’t available, bass player Dave Roberts did the honours, and very good he was too. Four more songs followed, with the show ending where it all began with ‘Wuthering Heights’. 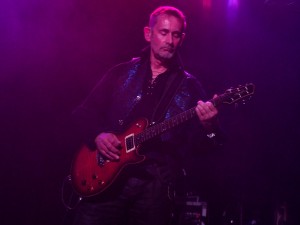 After a small break, it was encore time. First off was the tearjerker ‘This Woman’s Work’, with just Mandy and keyboard player Michael Mayell. I saw husbands hug their wives, and I hugged mine. I don’t know what it is about this song, but it always makes me cry. My wife Gail saw a tear roll down my cheek and wiped it away, as only a wife can. The final song of the evening was of course the band’s namesake ‘Cloudbusting’. Based on another novel, this time Peter Reich’s A Book of Dreams. 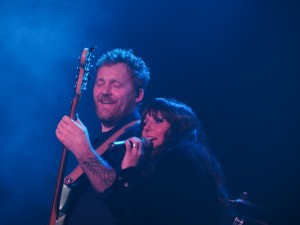 Kate Bush seems to have written songs about everything, love, death and relationships. Even washing machines and robbing a bank have been subjects for her musical talent. Cloudbusting did a fantastic job of covering all the emotions of Kate’s ‘Sensual World’, and I can’t rate them highly enough. The backscreen projections were an added dimension to the experience. These ranged from computer generated figures, to scenes from the films Gone to Earth and The Red Shoes. Even Kate herself made a Hitchcockian appearance in the form of a couple of photographs.

It is probable that the ‘Rubberband Girl’ may never undergo a concert tour again. But fortunately we have Mandy and her band to bring us ‘Moments of Pleasure’.