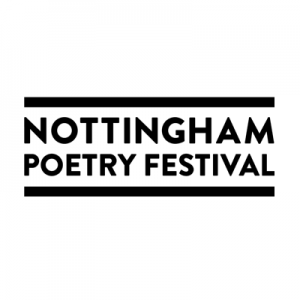 Nottingham Poetry Festival returns after its first appearance in 2015 and this year features over fifty great events taking place at venues across the city.

With so much happening there will certainly be something for everyone and we’ve had a go at picking out a selection we recommend checking out if you can.

Poet and writer Henry Normal is touring the libraries of Nottingham and taking some of the city’s best poets along with him for a series of shows throughout the festival.

Kicking off tonight at Nottingham Central Library with West Bridgford poet Pete Ramskill, who will also perform at Meadows Library during the week.

The final curtain comes down for much loved local poetry gang Mouthy Poets who announced last month that they were calling it a day. Having taken poetry to the folks of Nottingham with a host of fantastic shows these folks will be much missed, however you have one final chance to see them perform if you head along to The Lofthouse tonight in what will no doubt be a wonderful swansong.

Got a young one with a love of poetry? Then get them down to Rough Trade on Saturday for this great event. Youngsters will have the chance to write a poem about Nottingham or they can take along their own. Those feeling confident enough can perform their poem to the group, those not so keen to speak in front of the group can have their work performed by actors from The Television Workshop and Inspire Academy. Here’s to the next generation of ace Nottingham poets.

Book Off is an all inclusive event taking place at Rough Trade on Sunday evening, featuring workshops and performances, a haiku wall and even a poetry gameshow. There will also be space for you to come along and simply chill and get creative.

The event schedule includes a Finding Poetry Workshop from 4-5pm and a Performance Poetry Workshop from 5-6pm. Then at 6pm will be Poetercize a high energy game show involving two teams from the local poetry community battling it out in a series of mental and physical challenges all based around poetry and language. Organisers have described this as being “kind of like a cross between Poetry Please and Krypton Factor” – if that’s not enough to get you along then I don’t know what will be?

Phlexx Records bring you their first Poetry Slam event in which 24 poets will compete over four heats with the winners all facing off in the grand final and hoping to win a selection of great prizes.

The heats take place from Monday to Friday with each poet having a 10 minute slot in which to impress the three judges in the audience. One poet from each heat will go through to the final which takes place on Friday which will be judged by five, as yet unannounced, judges.

This is a great chance to see some of the best poets in Nottingham in what promises to be a pretty competitive competition, plus you’ll no doubt discover some great new talent and that’s one of the best things about the festival.

Back in the day Nottinghamshire had a rich coal mining heritage, of which much has been written and argued about, at this event in Selston that heritage will be celebrated in the form of spoken word, with poems, songs, local dialect and tales of mining folklore. A great, and unique, way to find out more about a part of Nottingham’s rich history.

Plus, the fiver admission fee includes as pie and mash supper (veggie option available) but make sure you give em a ring on 01773 864510 to book your place.

The Black Writers & Artists Network will be putting on this event which will feature previews of some of the poems that will make up their upcoming anthology. Black In the City, which will feature poems based on the theme of being black in the city of Nottingham.

This all female line up is not only presenting some brilliant poetry talent from across Nottingham but is also raising money for local domestic abuse charity Equation. Headlined by local poet Michelle Hubbard and featuring a plethora of great female performers alongside, including Midnight Shelley, Anne Holloway, Leanne Moden and more this is set to be a fantastic night of spoken word.

Join Gregory Woods, author of Homintern: How Gay Culture Liberated the Modern World and five poetry collections, along with Rich Goodson, author of forthcoming book Mr Universe, and Milla Tabbs of Mouthy Poets as they mark the 50th anniversary of the 1967 Sexual Offences Act (which decriminalised male homesexual acts in England and Wales) by reading poetry that reflects on the changes in LGBT lives since then.

Miggy Angel hosts a night of poetry from the Do or Diet Poet collective, featuring performances from Matt Abbott, Louise Fazackerley and Toria Garbutt, all in the chilled environment of Nottingham’s only non-alcoholic venue Sobar.

As you can see there’s a pretty great selection there, and that’s just a small selection of the 50+ events taking place – make sure to check out the official festival website – http://nottinghampoetryfestival.com – for a full list of what’s happening.