So this Sunday the whole of Hockley will become awash with musicians and music lovers alike for the return of the much loved HOCKLEY HUSTLE. With a staggering 40+ venues involved, and around 400 acts the event is shaping up to be the biggest in Nottingham music history and, will hopefully, raise thousands for great causes.

Now trying to preview an event of this size is something of a mammoth task but hey we here at NottinghamLIVE like a challenge and so, over the next four days we’re going to do our best to bring you an overview of the entire festival featuring EVERY act and EVERY venue.

Running in alphabetical order here be part one of our mega preview: 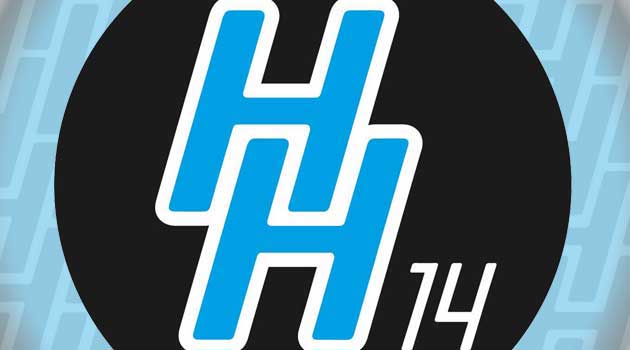 Having started off in a pub kitchen the excellent Annie’s Burger Shack now has its own fully functioning freehouse restaurant on Broadway serving up a stunning selection of authentic American burgers. In other words you can enjoy a stunning burger as well as some great music.

With live music from the likes of THE EVILTONES, VANITY BOX, ANGELS IN ARCHITECTURE and CHEZ CHEZ there is a nice mix for you to enjoy here.

Newly launched local TV station Notts TV, catch them on Freeview channel 8, have been big supporters of local music since launching, with the Mark Del presented Noise Floor forming a key part of their schedule. It’s no surprise then that they’ve gone and got themselves involved in the Hustle, with a host of great up and coming talent appearing at Antenna.

Among those you can catch on the Notts TV stage will be fast rising rapper KANE ASHMORE, the Leah Sinead fronted KETO and Future Sound of Nottingham winner, and Splendour main stage opener, JOY MUMFORD. 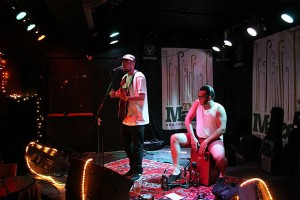 Bad Juju is one of the areas finest purveyors of cocktails and always a place full of good vibes and that is looking to be no different with their Hockley Hustle line up this Sunday.

With sets from the likes of LOIS, CADETS and the returning MODEL MORNING there is definitely going to be a special vibe here.

The Maze team are bringing their reasonably new and brilliant party night Brouhaha down to Hockley for the Hustle and they’ll be taking over the downstairs of Bambuu in the heart of the Lace Market. This being Brouhaha you can expect a whole lot of fun and some great music.

The always brilliant DH LAWRENCE & THE VAUDEVILLE SKIFFLE SHOW will be on hand to open things up ahead of sets from the likes of GONE & LOST IT featuring for Arse Full of Chips front man Will Bailey, 94 GUNSHIPS and HALLOUMINATI, plus the BROUHAHA DJ’s.

Meanwhile there will also be live music and DJ sets upstairs in Bambuu .

The Rescue Rooms regular night celebrating the best in Nottingham acoustic music is upping sticks and hot footing it over to sister venue The Bodega on Sunday to make sure it gets to be a part of Nottingham’s biggest ever multi-venue music festival.

As ever the good folks at Acoustic Rooms have put together a cracking line up of acoustic talent for you to enjoy – including some more unfamiliar names. 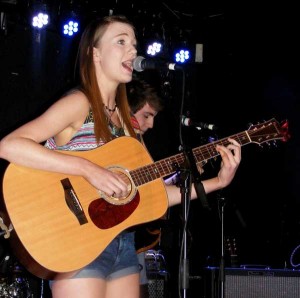 The Bodega – (upstairs) hosted by: Sounddhism & Default This

Upstairs in The Bodega is one of the more unique events at this years festival, with local club night Sounddhism, which was launched by Hockley Hustle founder Adam Pickering, and Nottingham/London promoters Default This teaming up to present a night in which numerous acts will take on the role of some of their musical heroes. Think Stars in their Eyes without the cheesiness.

Sets will include ALEX HALE as WHY?, GHOST TWINS as VELVET UNDERGROUND and DEBRIS SLIDE as WEEZER.

Boilermaker – hosted by: Under the Tree

If you pay even the vaguest hint of attention to the Nottingham acoustic scene – and let’s face it you’re on here so you must – you’ll be aware of Under the Tree. Part of the I’m Not From London family, UTT are renowned for presenting fantastic acoustic led shows at venues such as The Bodega and Malt Cross – as well as running the outdoor stage at The Waterfront Festival. It goes without saying that they’ve put together a cracking line up for their stage at the hidden gem that is Boilermaker on Carlton Street.

A host of our favourite acoustic acts are performing here, among them JOSH WHEATLEY, JAMIE MOON, ANWYN WILLIAMS and SAM JONES. 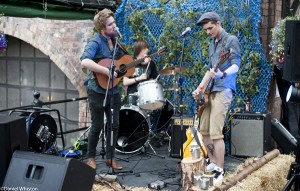 Fast growing craft beer venue BrewDog have quickly become one of the most popular venues in the city for lovers of quality drinks, with a host of specially crafted drinks to enjoy and regular shows featuring local musicians it’s become a key addition to the Nottingham scene.

At the Hockley Hustle they’ll be presenting a great night of live music featuring the likes of acoustic trio WINTERHOUSE, the always great GOLDEN TROUBADOURS and the brilliant G.O.A CHOIR.

So there you have it, that wraps up part one of our Hockley Hustle Mega Preview and as you can see we’ve already covered a huge amount and we’re only quarter of the way through. Be sure to check back tomorrow for the second part, including a look at Left Lion at Broadway Cinema and BBC Introducing at Nottingham Contemporary.

For more information head over to the Hockley Hustle website