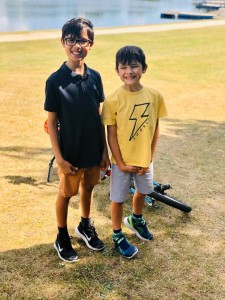 Following the cancellation of a school trip due to COVID-19, a primary school in West Bridgford, Nottingham, organised a cycling, walking and running fundraiser that equalled the distance from the UK to Russia, to raise significant funds for the Building Hope project to complete the build of a school in Bunkpurungu, Ghana.

Sixty year five pupils at St Edmund Campion School, on Tewkesbury Close, who were due to head to Berlin for a five day annual sightseeing school trip in May, planned the fundraiser when the trip was cancelled due to the pandemic. The original plans were to cycle, walk and run a distance that equalled the 750 miles from the UK to Berlin. 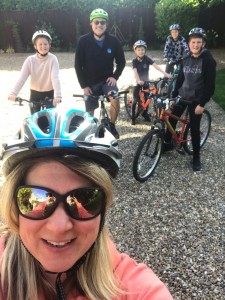 However, staff and pupils ended up covering a total of 1,675 miles –the distance from the UK to Russia, smashing their target of £300 and raising over £850 for the Building Hope fund, which is an ongoing fund-raising project to build a school in Ghana, in partnership with other schools including – Blessed Robert Widmerpool in Clifton, St Patricks and The Becket in Wilford, English Martyrs in Long Eaton and St Edwards in Thorneywood.

and have organised numerous sponsored events and sleep outs for the build of the school in Ghana, and this most recent round of fundraising has provided essential furniture and interior décor for the school, following the building of the roof and rooms.

Father Amani, headteacher at the school, which is called Our Lady of Hope, has previously visited St Edmund Campion to thank the children, and several staff from the schools have travelled to Bunkpurungu in recent years to visit, with one member of staff from St Edmund Campion due a visit in the summer, which has been unfortunately cancelled due to COVID-19.

Headteacher at St Edmund Campion School, Anita Blake, said: “We as a school and close-knit community are so impressed with the amazing efforts, energy and commitment shown by our year five pupils and the staff that organised and took part in this fundraising activity.

“It is such a wonderful thing to do following the cancellation of their trip – which would have seen them visit sights such as Reichstag, the Brandenburg Gate and the Holocaust memorial. Despite their disappointment and with the strong support of parents and siblings, they organised this fantastic fundraiser for the Building Hope Fund, to contribute to valuable aspects of the build of a school in Bunkpurugu, Ghana.”

“This has been an ongoing charitable fund-raising project with the other schools we work with in our hub and we have been raising money together for years. One of our members of staff was due to visit this summer, but this has unfortunately been cancelled, so we are so pleased to be working positively to support the project during this difficult time which has had global ramifications.”

Sarah Aaron, a parent organiser of the fundraiser, said: “The Children were very disappointed not to be going to Berlin, they had been looking forward to it for over a year! We had the idea of ‘Race to Berlin’ as a healthy activity to focus on whilst they were supposed to be away, to give them a little boost. It also helped them to stay in contact with each other whilst they’re not at school by sharing photos and updates during the event.

Pupil Lily, aged 10, took part in the fundraiser, she said: “The race to Berlin was a really fun activity because we couldn’t go to Berlin. I targeted myself and aimed to do 3 or 4 miles a day. I did my miles with my mum, dad, and sister. We did it every day and usually went from Cotgrave to Radcliffe and back. We mostly cycled, but sometimes we walked and ran. I really enjoyed doing this and would love to do it again.”

Another pupil named Sebi, aged 10, said: “We would get up very early in the morning so we could get some miles in so we could get it done. The day after my legs would feel like jelly.” 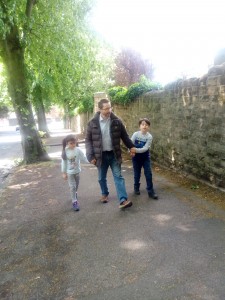 St Edmund Campion School has received excellent critique following its Ofsted inspection at the start of 2020. In the report, it declared that the school’s pupils ‘receive an exceptional standard of education’ and ‘have rich and rewarding experiences’. The school – which featured in The Sunday Times’ Top 500 list of primary schools for 2020 – was ranked as ‘outstanding’ by Ofsted in four categories; quality of education, behaviour and attitudes, personal development and early years provision.