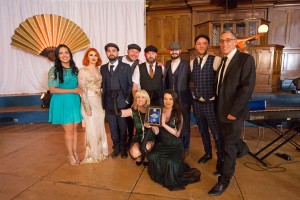 The Ned Ludd on Friar Lane has been crowned the overall winner of the 2019 Nottingham Best Bar None Awards, part of a national initiative supported by the Home Office, designed to promote the responsible and effective management and operation of licensed premises.  The venue is also the winner of the small pub category in the Awards.

The other category winners are as follows:

·         Restaurant: Annie’s Burger Shack on Broadway in the Lace Market

In addition the New Foresters, who have been the overall winners for the last two years, were presented with a Special Achievement Award in recognition of the venue consistently achieving the highest standards of operation, spurring other venues on to achieve higher standards too.

The results were announced at a special roaring twenties themed black tie event held recently at The Albert Hall, to which all accredited venues were invited. 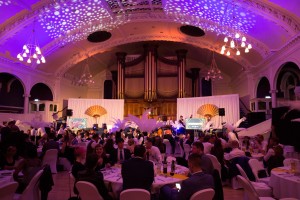 The Ned Ludd took the overall title this year for achieving outstanding mystery shopping results and, in the views of the judges, the venue goes over and above what other venues do, particularly in the areas of precautionary measures in relation to drugs safety and also for their support of the local community.

The precautionary measures that they have adopted include:

They have also signed up to DISC, the digital radio scheme operated by Nottingham Business Improvement District (BID) which provides a secure link for venues to the police, CCTV cameras and Nottingham BID’s street ambassadors, to facilitate the sharing of information about incidents of crime, anti-social behaviour and potential offenders

Their community activities include:

They also enjoy a strong relationship with the police.

Nottingham Business Improvement District (BID) has been running the Nottingham scheme since 2010 and, for the third consecutive year, it is sponsored by Nottingham based specialist licensing law firm Poppleston Allen.

A record 116 establishments within Nottingham city centre were successful in gaining Best Bar None accreditation this year, which means that it has the largest number of accredited venues in the country.

To achieve Best Bar None status, venues have to demonstrate that they have the correct policies and procedures in place to prove that they are safe, responsible and well operated, while also complying with relevant legislation. All the venues that have been successful in securing the accreditation receive a certificate and window sticker for them to display to show that they are a Best Bar None accredited venue.

The businesses that gained the highest scores in their Best Bar None assessments in seven different categories were named as finalists.  All of these then went through a thorough judging process in order to arrive at the winners.   The other finalists in the various categories were:

Andrew Crawford, a director of Nottingham BID, said: “Congratulations to all the winners, particularly to the Ned Ludd for taking the overall title.  The Nottingham Best Bar None, operated by the BID, is instrumental in understanding the compliance systems in place in the city’s hospitality businesses. There is no doubt that well operated businesses contribute to providing a safe environment for visitors, residents and workers in Nottingham.”

Sarah Taylor, a partner at leading licensing law firm, Poppleston Allen, said: “As not only a sponsor but also someone who is Nottingham born and bred, it is fantastic to see so many local operators going that extra mile to give their customers the best and safest experience possible.  Congratulations to all those that applied.  There can however be only one winner so enormous congratulations goes to the Ned Ludd on Friar Lane for standing out this year from a high quality list of operators.  It’s a tremendous accolade.”

Amanda and Adam Cropper, owners of The Ned Ludd said:

“When we took on The Ned Ludd a year and a half ago, our aim was to create a local style pub in the heart of the city.  We also set our sights on winning Best Bar None so we are absolutely thrilled to have won the small pub category and then, to be named overall winner as well, is just amazing.  The pub is as much the staff’s as it is ours so a big thanks to them.  We are extremely grateful to them for all that they have done.”