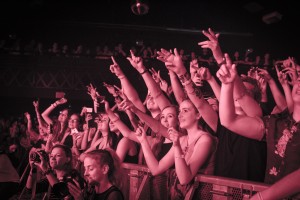 Award winning promoter DHP Family has announced it will be creating an exciting new live music venue in Birmingham as it continues to expand its portfolio around the UK.

The Nottingham based owner and operator of several of the UK’s leading live music and club venues has acquired the freehold unit on John Bright Street, a prime city centre location adjacent to the redeveloped New Street Station and Grand Central Birmingham.

As well as being at the heart of an attractive destination for nighttime entertainment, the pedestrianised street is popular with shoppers and visitors to the city during the day.

DHP Family owner George Akins said: “Birmingham is the UK’s second city, and has a rich musical heritage – but the city centre has lacked a characterful and creative venue for a long time. We believe with the revitalisation of the area around New Street Station that the time is right to create a place that the music fans of Birmingham will welcome.”

Plans are now being drawn up for a complete refurbishment of the premises – which has been operated as a bar previously – due for completion in 2018. Although the layout is still under discussion, the new venue will offer bar and food along with a full programme of live music and club nights.

It’s a template that has already worked well for DHP Family with its Nordic inspired venue Oslo in Hackney winning plaudits for the quality of its offer from gig goers, clubbers, diners and casual drinkers alike. One of the first DHP venues to offer the winning mix of food, bar and live entertainment – the Rescue Rooms in its home city of Nottingham – is shortly to mark its 15th anniversary.

Anton Lockwood, DHP’s director of promotions said: “We plan to use the skills and knowledge we’ve gained from award winning venues like Rock City, Oslo, Thekla and Rescue Rooms to deliver something exciting that echoes the DHP values and standards, but is also a unique experience to Birmingham.

“As part of this we will increase our focus on Birmingham as promoters, and will be investing in people and marketing in this key strategic region for us.”

The announcement of the new venue comes in the same year as DHP unveiled a complete transformation of two iconic London venues – Borderline in Soho and The Garage in Highbury.

The addition of the Birmingham premises brings the portfolio up to nine venues owned and operated by DHP Family across four cities.