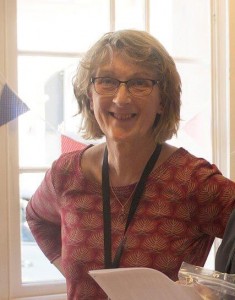 - Legacy left to enable charity to increase the support provided for young people in Nottinghamshire.

The Chief Executive of Nottingham based charity, Base 51 is stepping down from the role after 25 years of service.

Janet Lewis from Eastwood is retiring having led the independent charity, which supports young people in the city and county, since 1993.

Base 51 offers support to people between the ages of 11-25 years from the centre NGYmyplace on Castle Gate in Nottingham. The charity provides a safe space for people to meet, take part in activities and receive support and access to a free counselling service including crisis drop in sessions. Practical support, such as use of laundry services and showers is also available for visitors to the centre and workshops are frequently held to help increase knowledge of current issues and build self-confidence.

Having joined the charity as a student youth worker during her university placement, Janet was initially appointed as senior support worker and has, in total, served 25 years at the charity.

During her time, Janet has overseen the successful delivery of various projects to help young people in Nottingham. This includes supporting young people sleeping on the streets, runaways, coordinating teenage pregnancy services and mentoring teenage parents.

In 2012 Janet led the move from Glasshouse Street to NGY and a new chapter for Base 51. Recent projects include Thrive – an initiative set up in 2018 with funding from BBC Children in Need, to help children and young people living in temporary accommodation, ensuring that their mental and physical health is looked after, that they have access to a bespoke art therapy service to address any anxieties and to help them reach their full potential at school and college through a homework club.

“Base 51 has been part of my life for 25 years; from a charity which was just starting out when I joined, to now as a leading service provider in the city and county of Nottingham. I am proud to have been part of this journey and to see Base 51 continue to go from strength to strength under the leadership of Jo Jepson,” said Ms Lewis.

Jo Jepson, who has been with Base 51 since May 2016 and is the current Deputy CEO, will be taking over from Janet as Chief Executive. Previous to her role at Base 51, Jo was Head of Contracts and Finance at Manchester Youth Zone.

During the last four years Jo has strengthened the funding model which has enabled the charity to deliver new projects including work which addresses serious violence and young people.

Commenting on Janet’s retirement, Jo said: “I wish Janet my very best wishes for the future and, together with the board, staff and volunteers, we will do our absolute best to build on her legacy so Base51 can increase the support we provide for young people in Nottinghamshire.”

Base 51 is partially funded by Nottingham City Council and relies on grants and donations from local businesses to exist. To help raise money the team at Base51 recently partnered with Nottingham business, TTK Confectionery to form a relay team to virtually run The London Marathon – which was delayed this year due to the coronavirus pandemic.

The team completed all 26.219 miles to raise funds for the essential work happening at Base 51. Donations can still be made at: virginmoneygiving.com/fund/base51marathon