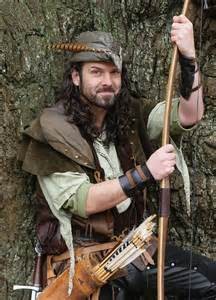 The It’s in Nottingham Summer Sofa, organised by the Nottingham Business Improvement District (BID), is nearing the end of its eight week journey around Nottingham.  As it is now in the heart of the city centre on King Street by the Brian Clough Statue and adjacent to the Nottingham Express Transit (NET) Travel Centre, the Nottingham BID teamed up with NET to organise for a group of pupils from Nottingham Girls High School to travel into the city centre by tram to hear the story of Kevin the Kangaroo and his trip to the beach on the Summer Sofa with local legend Robin Hood.

Nottingham BID director, Kathryn Neilson-Davis and Stephanie Moss-Pearce, assistant marketing manager at NET joined in with the fun and were on hand to present goody bags to the pupils before they returned safely to school on the tram with their teachers, Debbie Baker and Louise Dunn.

Laura Fowler, head at Nottingham Girls High Junior School said; “The girls were very excited to be met at school by Robin Hood and go with him and their teachers on the tram. They had a lovely morning and really enjoyed listening to the story of Kevin the Kangaroo.”

Stephanie Moss-Pearce, assistant marketing manager at NET commented: “Nottingham is a great city and it’s good to see initiatives like this which encourage people to use the tram. We were delighted to get involved and Robin Hood really brought the book to life with his storytelling.”

“The Summer Sofa has been a great success, attracting lots of attention from people wherever it has been,” said Kathryn Neilson-Davis, a director of the Nottingham BID.  “After King Street, the sofa will move to its final destination – Nottingham Trent University – to welcome the students to our vibrant city.”

The Summer Sofa has been designed to draw attention to the different areas of the city that combine to make Nottingham such a great place to shop, eat and go out in and wherever the Summer Sofa is, people can still sit on it and take part in the weekly sofa selfie competition to win a £50 shopping voucher along with offers and give-aways associated with the location.  These are announced at 10am on various days throughout the week via It’s in Nottingham’s social media channels. Clues of the daily giveaways are also available at http://www.itsinnottingham.com/independents