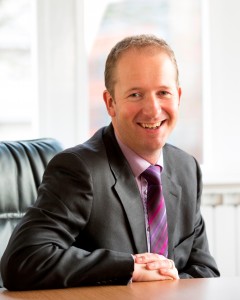 Simon Browning, tax partner at UHY Hacker Young in Nottingham, said: “The Spring Budget saw a lot of tinkering on Philip Hammond’s part. Although there were many announcements on education, care and transport; it will be interesting to see what the focused spending actually is.

“For example, £23 million has been allocated to transport in the Midlands, but how will this be distributed and how will it feed into tomorrow’s announcement on the Midlands Engine Strategy?

“The Chancellor was definitely under pressure to announce business rate changes, however in reality, he has only eased the impact on those coming out of small business rates with a cap, which was a minor gesture. This is another instance of how the budget made tiny tweaks, with no real substance.

“Finally, throughout the budget there was a continued attack on the self-employed and owner managed businesses, with Class 4 National Insurance rates increasing and the tax-free dividend allowance reducing from £5k to £2k in April 2018.

“Overall, there were no big announcements that will make anybody significantly better or worse off. Interestingly, there was no mention of Brexit or its economic effects; was there a reason for this, is Brexit the reason this budget made small changes alone? I am wondering if this budget is the calm before the storm.”

NottinghamLIFE: Astronomers shoot for the stars at the University of Nottingham