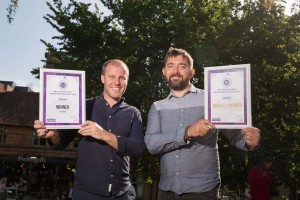 The results of the 2019 It’s in Nottingham Independents competition, organised by Nottingham Business Improvement District (BID) have been announced with Bar Iberico on Carlton Street picking up the overall title of Nottingham’s Best Independent Business for a second consecutive year, based on a public vote, mystery shopper assessments and the views of an independent judging panel.

The tapas restaurant was praised by the judges for its excellent service, attentive staff and good food, commenting that they would highly recommend this venue. 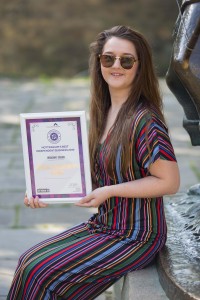 For the second year a Special Achievement award was presented to an independent business that the judges believed should receive special recognition for its contribution to the independents scene in Nottingham city centre.  There were a number of contenders for this award, such is the strength and depth of the independent offering in the city, but the award eventually went to Broadway Cinema on Broad Street in recognition of the cinema’s excellent facilities and charitable mission of inspiring creativity and a lifelong love of film in Nottingham.

Originally established in 1982, the cinema went through a major development in 2006 with funding from the National Lottery and the Arts Council. The cinema was then enlarged from two to four screens, including the world’s first (and only) cinema designed by Nottingham’s own Sir Paul Smith. It is currently undergoing a £100,000 refurbishment to upgrade the sound system, projectors and seating which is due for completion in September. Broadway regularly hold dementia friendly screenings, provide for those on the autism spectrum and give parents respite with monthly parent and baby screenings. 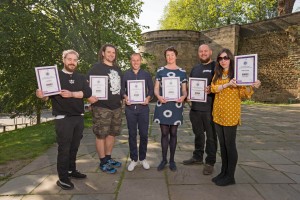 In addition there were winners in the competition’s seven different categories which were chosen by combining the scores of the mystery shopper assessments and the scores from the judging panel and these were as follows:

The announcements were made at a special breakfast event that took place at Fothergills on Thursday 4 July – Independence Day.

Speaking after discovering they had won the competition, Dan Lindsay who jointly owns

Bar Iberico with executive chef Jacque Ferreira, said: “In a city of amazing independents, it is such an honor for us to win the Restaurant category again and to receive the overall award for a second year is just incredible. The fantastic team at Bar Iberico work so hard and I am over the moon for them to be recognised.”

“It is fantastic that Broadway has been recognised with the special achievement award,” said Manager Millie Poucher on behalf of Broadway Cinema.  “We are very proud and are very grateful for the support from our customers and other independent businesses in the area, we have lucky to have such a good rapport with them all.”

Geoff Williams, director of the Nottingham Business Improvement District (BID), the organisation behind the It’s in Nottingham competition, said: “Congratulations to all the competition finalists and particularly our winners. Over 12,000 people voted, which is a clear indication of the love that local people have for our independents.   The range and standard of entries was very high, making it very difficult to select the winners.  Small margins determined the difference between the winners and the rest of the businesses in the top 3 and they should all be very proud.”