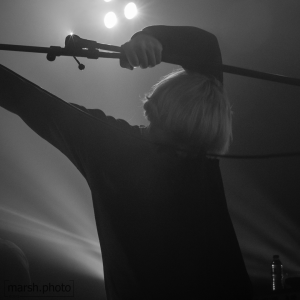 It looked like it was going to be a quiet night at this Tuesdays Charlatans gig at Rock City.  This, however, did not last too long.  The first band to perform, Riding the Low, were un-phased by the slow start to the night, performing a good set with strong vocals and a great all round performance.

Next on the bill were Frankie and the Heartstrings bringing a quicker paced rock to the proceedings. They performed faultlessly throughout their set filling the floor with an ever-increasing volume of revelers.  The band genuinely looked like there having a great time performing to the crowd, their energy on the stage was fantastic and the crowd responded well; which by the end had swelled filling the floor and the surrounding tiers. 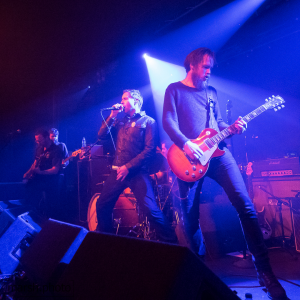 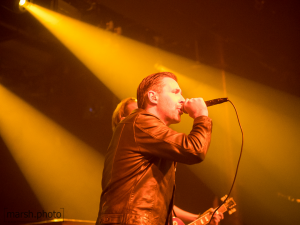 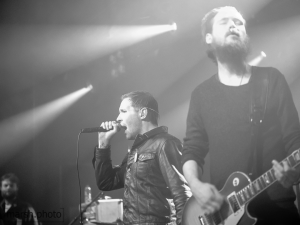 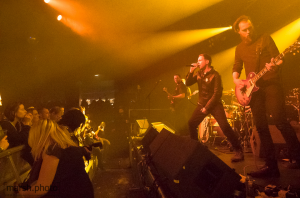 The main act of the evening, up next, opened to an energized crowd that were eagerly awaiting the headline performance.  Each time I looked around the crowd had grown further. 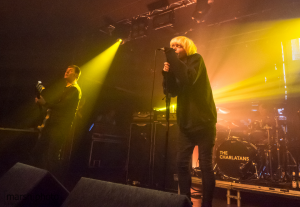 The Charlatans took to the stage following a stage setting display of sound and vision; this as it turned out was only a taster for the visual experience that would follow.  Their performance was a wash with coloured lighting making for a vivid visual performance to match the quality of he performance.  The lights along with the smoke machines were causing the band to sing from a kaleidoscopic haze, which suited the performance brilliantly. 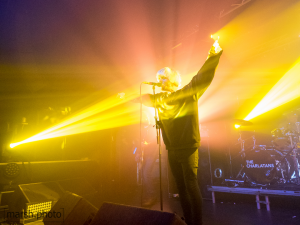 The lead singer, Tim Burgess, was captivating to watch; engaging with the audience and worked well at projecting to every corner of the venue, including the crowds above and below the balcony.  The participation in the evening was not limited to the stage, the crowds were giving back as much as they were getting, singing along and cheering support, it was great to see so many people thoroughly enjoying the evening, I hope the rest of the nights of the tour goes this well. 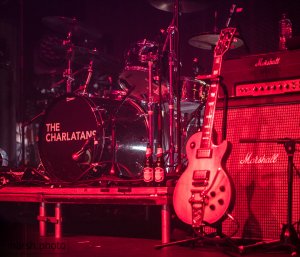 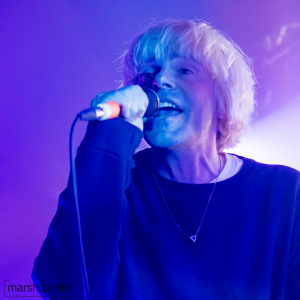 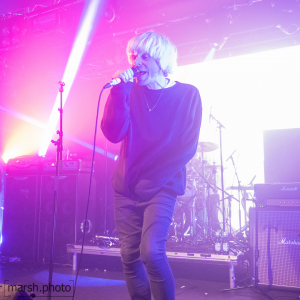 Words and photos by Chris Marsh