Songs, Videos and Friendships Made During Music Project for Young Deaf People 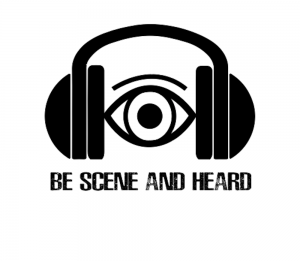 The Youth Music funded Be Scene and Heard bringing together deaf and hearing young adults has resulted in new creative relationships being formed with several songs and videos already recorded.

Despite taking place entirely virtually, the project successfully brought together industry professionals and young people aged 16-25 to collaborate on songwriting, recording, performing and producing music videos and came to a celebratory end with a film premiere event held online.

It was such a hit with all involved that plans are underway to deliver the project again when it becomes possible to do it in person.

Music promoter Will Robinson, I’m Not From London, who secured the funding to enable the project to be delivered for free, said: “The video premiere night was lovely, we all got together on Zoom in evening dress and watched each video with a fanfare introduction and a bit of a speech from the people involved.

“As a music promoter, I can’t let good musicians go and I’m personally keeping in touch with them all about future collaborations and opportunities. I’m still working with the participants on some more songs, we are looking at bringing out at least two more videos, so watch this space! I think we all actually felt quite emotional at it coming to an end as it’s been a great experience and lots of new friendships have been made.”

Participant Ruby Boyd, who is partially deaf, worked with fellow participants and mentors to record her song ‘Times Right Now’ which she wrote during the lockdown.

We’re in the same boat it’s about to capsize

I was born in a gap between generations,

Wondering what are the implications

Within just a few hours of sharing the video, Ruby was delighted to see it had been viewed more than 1,000 times.

Speaking about the project, she said: “It’s been amazing, I’ve genuinely really loved it. Everyone was incredible, very encouraging and supportive and it was great to work with people. I’m hard of hearing but I also have other disabilities so for me, it being online was a way of not being different and I really liked that. We were all just the same, being in our rooms, trying to figure it out as we were going along.

“I hopefully can keep working with the people I met on this project, because we worked really well together and were able to help each other. There were good connections, it felt like we were all on the same page. I hope I can be part of something like this again. It went really well, and I’m going to miss it! “

Participant Daisy, who has Downs Syndrome and is also partially deaf, has been isolating at home with her mother Jackie throughout the pandemic. At the outset of the project, Jackie was concerned that Daisy may have been left behind but with the help of the mentors, she wrote a  song based on her favorite musicals and how they made her feel.

The video for Daisy’s Dream encapsulates her feelings throughout lockdown and her hope to go outside, enjoy music, and rekindle her friendship face to face with her best friend.

Mum Jackie said: “I would say to anybody in this situation to get on board with an opportunity like this, because it’s such a valuable experience. This has been something I couldn’t have paid for, I couldn’t have afforded all this time with people who are professionals in their field, so to have this project has just been amazing.”

Clay Man was created by participants Jamie Elless and Isiah aka Zig Da Kid who worked on this song by recording vocal samples from various participants and mentors. Jamie worked her magic stretching the sounds and adding ambient and moody vibes to the tune while Zig worked on the animation. The result is a wonderful surreal short film and track again made entirely remotely to each other with additional colour and editing by Fred Glenister.

Participant Jamie said: “Over the past few months it’s been really difficult to get projects started, so to have three or four tracks to work on during this project was ideal and being back in an environment where people are making again. It’s been really nice, like a little oasis where people can make music again, which is really valuable – you could see how happy everyone was to be doing this.”

With 12 million people experiencing hearing loss across the UK – one in six of the population – the project was designed to break down barriers and develop confidence by bringing together deaf and hearing young people with the mentors to create music and videos.

Jamie added: “I don’t personally have any hearing difficulties, but it was really good seeing representation for people who do on this project. It felt like everyone was on a level playing field, no one was disadvantaged, we all got an equal say and share of the work. Communication was easy and there weren’t any boundaries between people because of a difference in hearing ability.

“I would absolutely recommend the project – even outside of a lockdown environment, this is the kind of thing that inspires young artists. It can be really easy as an artist to get overwhelmed and feel you’re not good enough, but really all you need is a group of people to bounce ideas off and make something that’s collaborative.”

Subscribe to the Be Scene and Heard You Tube channel to keep in touch.