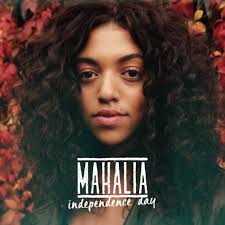 WATCH ‘I WISH I MISSED MY EX’

British rising star Mahalia has today unveiled her brilliant new single ‘I Wish I Missed My Ex’ alongside a cleverly crafted surrealistic video. In addition, the British songstress has announced that she will be touring the US for the first time this summer and also a 10-date UK tour for 2018 which includes a date at London’s prestigious Brixton Electric – her biggest tour to date!

Produced by Maths Times Joy – who produced Mahalia’s stand-out debut single ‘Sober’ – and emerging producer Swindle, ‘I Wish I Missed My Ex’ is a perfect example of her trademark, open-hearted lyricism fusing old-school soul and atmospheric synths with R&B/pop leanings. The accompanying video was shot in LA by Director Andrew Litten over a 22-hour stint:

“The first time I heard IWIMME, I knew the track needed a big idea. I’ve always loved Spike Jonze’s video for “Drop” by the Pharcyde and decided to pay homage by creating a backwards music video with a contemporary spin. I hired a linguist from UCLA to teach Mahalia the song backwards which she surprisingly learned in a day. The DP, Dustin Lane, and I have always wanted to make something in our neighborhood, Highland Park. We chose family owned locations and hired a few extras while scouting the neighborhood. Mahalia’s reversed performance oozes spontaneity and confidence.

I can’t thank her enough for joining us on the journey, and signing on to recreate this insane concept.”

Leicester native Mahalia is quickly becoming one of this year’s most exciting UK female artists, riding fast her in her own lane marrying her supple vocals with magnetic R&B and shimmering soulful production.

Sunday Times – “Star in the making”

NME – “Rising British R&B artist Mahalia has all the makings of a star.”

Evening Standard – “Destined to be a star”

Mahalia released her debut single ‘Sober’ last summer which to date has amassed over 20 million streams and seen her social media following swell to well over 150k. Following the release, Mahalia graced the Berlin online platform COLOR’s, where her performance of ‘Sober’ went viral and has since accumulated over 10 million views! (link).

At 12 years old – the age most of us are aimlessly riding bikes or trying to avoid homework – Mahalia was cradling her guitar and penning love songs. With her entrancing, soulful tones, wise-yet-relatable wordplay and intuitive sense of melody, it quickly became clear that she had an innate musicality and that she’d be doing this for the rest of her life.

In the time since she first picked up that guitar she’s dropped a scattering of releases – from 2012’s indie-flecked acoustic dream ‘Head Space’ to 2015’s gorgeously understated 4-track EP ‘Never Change’ – and 2016’s genre-flipping mixtape ‘Diary of Me’. But for Mahalia, it feels as if she’s just getting started.

Listen to ‘I Wish I Missed My Ex’ here: https://atlanti.cr/IWIMME

Music: Son of Dave announces new track ‘Pow Pow’ ahead of date at The Bodega 29 November 2017

On sale now at the Theatre Royal & Royal Concert Hall