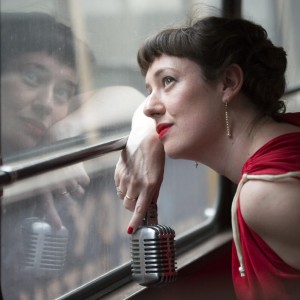 Pinch punch first of the month! On Friday March 1 Manière des Bohémiens play improvised Gypsy Jazz and Eastern European swing at Peggy’s Skylight on George Street in Hockley, entry is £10 and their performance starts at 8pm. They are followed by Dj Daddio and The Jazz Ambassadors at 10pm.

Paul Deat’s jazz piano accompanies afternoon tea for two (£22) and for one (£12) on Saturday March 2 at Peggy’s from 2-5pm. PRS (Steve Rodda on guitar, Mat Short on bass and Si Potts on drums) play at Stray’s Coffee in Newark from 3-5pm.

I’m presenting A Songwriter’s Story (my original songs alongside the standards that inspired me to write) on Sunday March 3 at Peggy’s from 1-3pm; entry is £7. I’m singing, percussing and storytelling with Stephen Sherriff on keys and Simon Paterson on double bass, however we will rotate for extra interest as I take to the grand piano to play/sing my compositions while Stephen plays his tenor saxophone. Guitarist Jiannis Pavlidis comes down from Leeds with his trio to perform at The Lion in Basford from 1.30-3.30pm. Back at Peggy’s, Acoustickle launch their first event; an all female line up of jazz, RnB and soul artists headlined by London’s hottest new name on the future soul, jazz-RnB scene, Jaz Karis – entry is £10 from 7pm.

Saxophonist Ben Martin’s band play at the ever eccentric Bell Inn on Angel Row from 8.30-10.30pm on Monday March 4.

On Thursday March 7 Equation host a women’s only event, featuring speakers and a Samba band for International Woman’s Day at Peggy’s from 5pm; tickets are £25 available from Eventbrite. Jazz Steps present an all-star quintet, led by the award-winning pianist John Turville (featuring Robbie Robson on trumpet, Julian Arguelles on saxophone Dave Whitford on bass and James Maddren on drums) at the Bonington Theatre in Arnold at 8pm; tickets are £12/5 NUS available in advance from the theatre. Guitarist Joe Egan encourages musicians to take risks at his monthly Bitches Be Brewin’ session at Jamcafé, 12 Heathcoat St. The night is divided up into Goblet of Jazz from 8pm-10pm (an jam session where names are pulled out of the goblet and madness ensues) followed by Special Brew from 10-11.30pm, featuring the best of the Goblet of Jazz plus specially invited guests.

So you have no excuse not to get your jazz on. Where no entry fee is mentioned please assume your ample purchases from the venue support the live music.