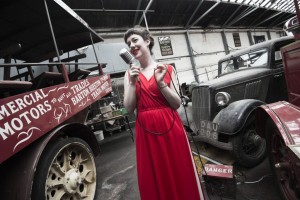 It’s the weekend again! This Friday night June 7 why not Root Down with N I M Quartet at Peggy’s Skylight on George Street in Hockley; this trendy band is led by London bass player Nim Sadot, they conjure up a magical mix of instrumental fusion jazz.  Entry is £10 from 7pm and DJ Daddio plays until late.
Paul Deats plays his grand piano between 2-5pm for afternoon tea at the same venue on Saturday June 8 and from 7pm Peggy’s host The Fourmasons who play swing standards, Latin, free improvisation, ska and reggae, as well as afro, pop, rock, funk and experimental jazz (what a lot) led by Lee Allatson on drums with Peter Houtman on piano, Fino Lopes on guitar and Ryan West on tenor sax.  Entry is £12.
This week’s Sunday Mezinee on June 9 at Peggy’s is a film screening; watch Blue Note Records: Beyond The Notes, a documentary by Sophie Huber which is 85 minutes long commencing at 1pm.  Jools Holland’s trumpeter Jeffrey Brown joins the Martyn Spencer Trio at the Lion in Basford from 1.30-3.30pm, they travel to The Malt Cross to reopen their Sunday session at 5.30pm.
Jazz Steps promote a library tour by famous saxist/clarinettist Julian Siegel; he is joined by Ross Stanley on organ and Gene Calderazzo on drums. They start at Beeston on Monday June 10, travelling to Worksop on Tuesday June 11, Southwell Wednesday June 12 and West Bridgford Thursday June 13.  Tickets are £10 from the libraries direct.
Peggy’s present the Moonlighters (the University of Nottingham’s student-run big band) from 8pm on Tuesday June 11, £3 entry.  Dexter’s Jazz club present saxist/flautist Ed Marchewicz with Barry Lee on keys, Geoff Pearson on bass and Clive Loveday on drums at 8.30pm in The Headstocks on Bagnall Rd, Cinderhill.  Admission is £6.
Sounding Off at Peggy’s from 7pm on Wednesday June 12 are alto saxophonist Sam Norris’ Trio featuring Adam Merrell on drums Harry Pearce on bass. Talented young reeds star Alex Clarke brings her Hot 5 to the Risley Park Jazz Club on the same night, featuring pianist Tom Kincaid and Mike Owen on trombone from 8-10.30pm.  Admission is £9.
Pianist Matt Ratcliffe’s Triol perform for Jazz Discovery Thursday back at Peggy’s on June 13; entry is £5 and doors open at 7pm.
Where no entry fee is mentioned please assume your ample purchases from the venue will support the live music – get out there and jazz baby!
Share this content....