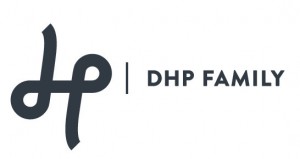 DHP Family are delighted to have been announced as a finalist in five categories of the Live Music Business Awards which shine a spotlight on the best in the industry.

The music promoter and venue operator has three venues and two festivals in the running as well as being up for the prestigious National Promoter of the Year. The winners will be announced at a gala ceremony on October 12.

Rock City in Nottingham; Oslo in Hackney, London and Thekla in Bristol are all up for awards as well as Splendour, the successful family friendly, outdoor one day festival and Dot to Dot, the multi-venue festival for emerging artists. Both festivals enjoyed record breaking years in 2016.

Dot to Dot saw its biggest festival admits across the three host cities while the sell-out Splendour was also the biggest in its nine year history. Even with an additional 3,000 tickets put on sale to meet the exceptional demand, ticket sales surpassed all previous years and sold out days before event.

The awards would recognise a hugely successful period for DHP Family, which has seen a massive growth in its concert bookings in 2015 followed by a strong start to 2016 including the launch of its DHP Live division.

DHP Family owner George Akins said: “We are one of the fastest growing live companies in the UK, priding ourselves on being independent, artist focussed, flexible, creative and team players.  Over the last 10 years we’ve progressively developed the live concert business from a handful of shows to many major tours – with a milestone coming with three sold out shows from Ed Sheeran at Wembley Stadium.

“Our award winning portfolio of music venues continue to provide a strong platform for that growth, whilst also expanding in their own right. We’ve also grown our festivals business too, with a strong focus on new music and creative programming.”

DHP Family got off to a flying start in 2016 with the announcement of three major UK tours, which broke records with more than 20,000 tickets sold by the Nottingham-based promoter on a single day. The newly created DHP Live delivered a sell-out 10 date Brian Wilson Pet Sounds anniversary tour, with additional dates added to meet the exceptional demand and more than 20,000 watching the shows.

There have also been additions to DHP’s award winning venue portfolio, with the acquisition of The Borderline and The Garage giving the promoter a greater foothold in the capital.

There were 750 gigs across the DHP venue portfolio in 2015, up 13% on the previous year, with a huge number of sell outs at Bodega, Rescue Rooms and Rock City in Nottingham and Oslo in London. With total ticket sales for festivals and gigs reaching 800,000 and more than 600,000 club night admissions, DHP saw more than 1.5 million people come through its doors last year.

Staff levels have grown from 225 in 2006 to 410 today, with the main operation in Nottingham and a growing team based permanently in London. DHP Family’s turnover increased 17% on 2015 at the half year mark.

Now in its seventh year, the Live Music Business Awards is committed to presenting awards to the business people who drive the country’s contemporary live music industry. The awards recognise excellence and talent among promoters, venue operators, festival organisers and agents, through to artiste managers, tour managers, show producers, brand impact and record label partnerships. More than 5,500 people voted in the process, making over 21,000 individual contributions across the 22 categories and nominees.