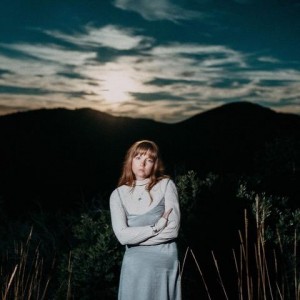 The release date for Courtney Marie Andrews’ highly anticipated new album, Old Flowers, has been rescheduled for 24th July on Loose / Fat Possum Records (pre-order). Originally set for release on 5th June, the new date ensures that independent record stores across the country will have physical copies of the album available at the same time it’s released digitally.

Of the postponement, Andrews shares:

“Unfortunately, I must push back the release of my new record, Old Flowers, to July 24th. In order to protect the safety of its workers, the vinyl manufacturing plant producing my record is temporarily closed for the time being meaning it won’t be possible to meet the original release date. As a lifelong lover of independent record stores, I want to try and make sure people have the opportunity to get it from their favorite local store the same day it is available to stream. During these strange times, I think it’s important we work together, rather than trudge ahead alone and abandon those who have helped artists along the way. I can’t explain to you how much this record means to me personally, and I am so incredibly excited for it to reach your ears soon. It’s just showing up fashionably late, 2020 style. Thank you all for your understanding and support. We are all braving this crazy storm, in different ships, but together.  I am continuously inspired by everyone coming together, in so many ways, during this unprecedented time.”

She has also had to move all UK shows to 2021, find the new dates below

“I’ve unfortunately had to postpone my upcoming shows throughout the UK due to the ongoing COVID-19 pandemic. I wish I could play for you this June, but I’ll make sure to return when it is safe to do so for everyone

If you’ve already purchased a ticket for my London, Nottingham, and Birmingham shows, the new show dates are below. The remaining dates are canceled for now, but only temporarily, I will be announcing new dates once they are confirmed. For now, refunds are available at the point of purchase. I hope you are all doing well, staying safe, and I can’t wait to see you, eventually

Ahead of the release, Andrews has shared two album tracks: “Burlap String” and “If I Told,” of which Stereogum declares, “a spare, meditative performance…up front in all of it is Andrews’ voice, wringing beauty out of pain and self-realization,” while Refinery29 proclaims, “Andrews has long been one of the most unguarded singer/songwriters in the game and her latest single is a work of utter vulnerability.”

Of the album, Andrews shares, “Old Flowers is about heartbreak. There are a million records and songs about that, but I did not lie when writing these songs. This album is about loving and caring for the person you know you can’t be with. It’s about being afraid to be vulnerable after you’ve been hurt. It’s about a woman who is alone, but okay with that, if it means truth. This was my truth this year—my nine-year relationship ended and I’m a woman alone in the world, but happy to know herself.”

Of their intention, Sarlo adds, “Before we got to the studio, we agreed to prioritize making this record as cathartic and minimal as possible – focusing on Courtney’s voice and her intention behind the songs. Because of this, the record is all about performance. I believe a great recording is the chemistry between everything during basics and the ability to feel something happening instead of obsessing over the perfect take. Courtney embraced this approach and we ended up with a raw, natural and human record.”

The release of Old Flowers continues a series of breakout years for Andrews following her critically acclaimed 2018 album, May Your Kindness Remain.