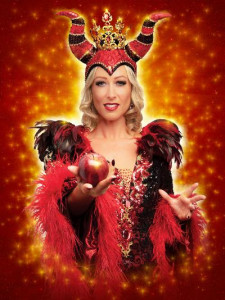 The Theatre Royal Nottingham is delighted to announce its pantomime for next year will be Snow White and the Seven Dwarfs which will run from 3 December 2022 to 8 January 2023.  Tickets go on general sale on Monday 13 December at 10am via www.trch.co.uk or 0115 989 5555. 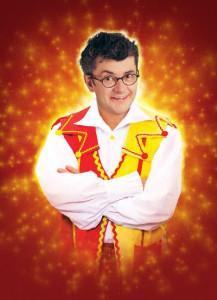 Headlining next year’s panto is the much-loved and hugely talented comedian Joe Pasquale as ‘Muddles’ and Steps singer, television personality and West End star Faye Tozer as the ‘Wicked Queen’.

Well-known and best-loved for being one of the hardest-working and top-selling live comedians in British comedy today, Joe has been delighting audiences for more than 30 years with his live stand-up tours and infectious sense of fun.  Joe has toured in several major theatrical productions including Mel Brooks’ The Producers, starred in the West End production of Spamalot and has been crowned King of the Jungle in ITV’s ‘I’m A Celebrity Get Me Out Of Here’. Joe returns to the Theatre Royal Nottingham by popular demand, having starred in Peter Pan as ‘Smee’ in 2018-19, and in Sleeping Beauty as ‘Muddles’ in 2011-12.

Outside of the Steps-phere, Faye has also enjoyed an extensive theatre career, starring to great acclaim in Andrew Lloyd Webber’s one-woman musical Tell Me On A Sunday and Singin’ in the Rain at London’s Sadler’s Wells Theatre. In 2018, Faye took part in the sixteenth series of BBC1’s primetime show, Strictly Come Dancing. Coupled with Giovanni Pernice, the pair sashayed into the final and wowed audiences with their incredible footwork, only narrowly missing out on winning the coveted glitter ball trophy.

Snow White and the Seven Dwarfs is brought to you by the world’s biggest pantomime producer, Crossroads Pantomimes, and will be spectacularly brought to life with an abundance of comedy, sensational song and dance numbers, fabulous costumes and stunning scenery.

Throw in a magical mirror, seven friendly dwarfs, a beautiful princess, a handsome prince and plenty of audience participation and you have the perfect recipe to outwit the Wicked Queen and let love prevail in this glittering festive treat for all ages.

Book your tickets soon, or you won’t be able to look yourself in the mirror!

SNOW WHITE AND THE SEVEN DWARFS